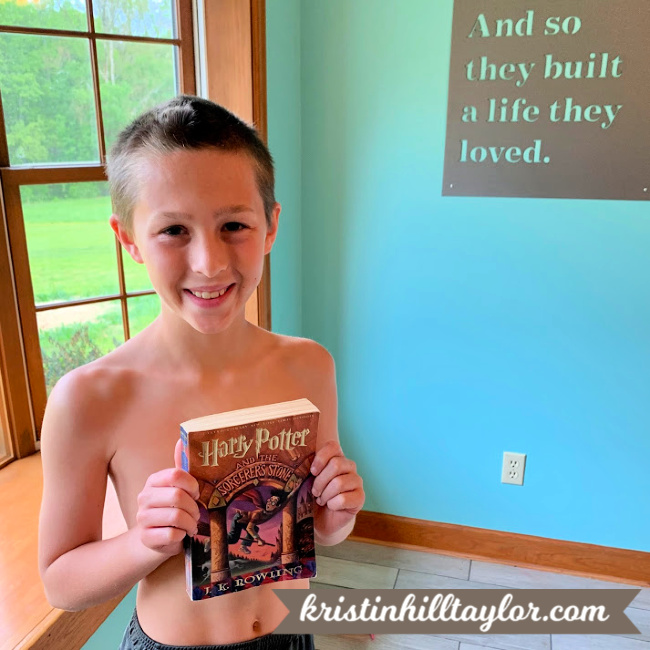 Ben had to write a book review for his fourth-grade language arts class, which, you know, he’s doing from our kitchen countertop during these social-distancing days. He just finished reading “Harry Potter and the Sorcerer’s Stone,” so that’s what he decided to review. I bribed him to let me share his review here. There are some story spoilers ahead.

He is trying to become a wizard. Then he hears about Voldemort and he is trying to get the sorcerer’s stone. Harry thought Snape was working with Voldemort, but he isn’t. It is actually Professor Quirrell and Voldemort’s face is the back of Quirrell’s head.

The book ends when the school year ends. At the end of each school year, there is a house cup. Whoever has the most points wins.

I liked the book because there are magical creatures like a centaur and a three-headed dog. I liked it because it had a little mystery in it.

Ben isn’t the first Harry Potter fan around here. Cate was quite obsessed with the series for a long time and has read all the books multiple times. Perhaps her brother will join her fan club. Of course, she previously wrote a review too. I haven’t read or watched any Harry Potter story, but I was super impressed with the wizardry world at Universal Studios. Find other books my kids have loved here.