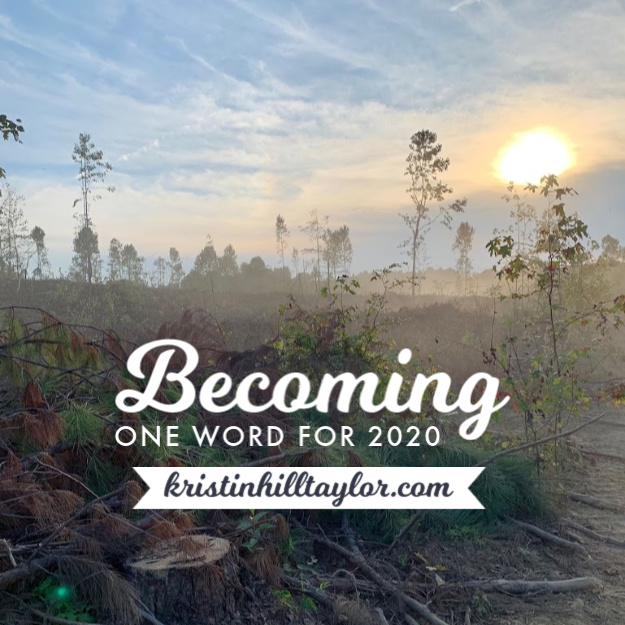 I’ve had a lot of feelings this year, and many of them have been hard to handle internally. I also have experienced deeper awareness of myself, husband, kids, dearest friends, and even a larger circle of friends — who we are individually and how we best fit together. In August, I started going to counseling again, probably several months later than I should have.

The year started with a conflict, involved many decisions about how to spend my time, and was marked by grief when my dad died and then when I had to shift some commitments and thinking in my life. I felt most myself in November, and I’m thankful for that after so many months of thinking and deciding and wrestling — most of those actions taking place in my own head. I’m grateful my very loud inner critic has quieted some and I’m more secure in who God made me to be.

When I chose faithful as my focus this year, I had some ideas of what that meant, but, of course, God went and created a whole new thing with it. He shifted and shaped me. He provided for me in ways I didn’t necessarily know I needed. He was faithful, even when I struggled to grieve during my favorite summer season and felt Him making me new when nature was dying for the winter.

Two years ago, I focused on how Jesus is my rescue. Then I learned more about living that out faithfully. Now it’s time to focus more on becoming more like Christ, which right now for me looks like …

I keep saying becoming more, but with that I really mean less. This world yells do more, build a bigger audience, and be you to everyone. I want to quiet the demands, serve faithfully where God has me, and be me knowing my capacity is smaller than I sometimes wish it was. So, yes, more God, but less of most everything else.

Becoming is about transformation. It’s an ongoing series of actions and decisions that come from a foundation established long ago. Becoming is living.

Of course, I’ve put together a soundtrack for this season {BECOMING 2020}. And let’s revisit soundtracks from other years: RESCUE 2018. FAITHFUL 2019.

Here are some additional resources that have encouraged me to get where I am on this journey to becoming: