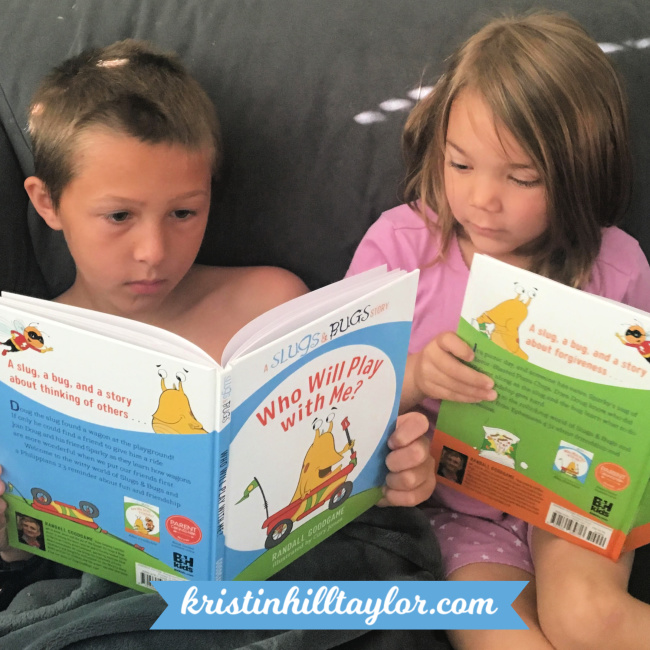 When I heard Randall Goodgame, who created Slugs & Bugs family music, had two new children’s books, I knew I needed to have them. Randall’s creative work has influenced our family and, at this point, I want whatever he creates to be in my kids’ hands, minds, and hearts. (I’ve shared about Slugs & Bugs music in many other posts around here.)

“Who Will Play with Me?” is a story about fun and friendship and “Are We Still Friends?” is a story of forgiveness. Both incorporate biblical lessons, reference beloved Slugs & Bugs’ songs & characters, and use few words and many pictures to tell stories.

“Are We Still Friends?” is a story that brings to life Ephesians 4:32: “Be kind and compassionate to one another, forgiving each other, just as in Christ God forgave you.” When Doug the Slug accidentally eats all of Sparky’s flavor-blasted pizza chips, Doug lies to cover it up, and the hilarious search for the chip thief begins! But when Doug admits the truth, he must apologize to Sparky. Come along as the friends learn that friendship is about forgiveness and trust, along with a good dose of shared laughter.

This book is particularly timely for our family as one of our kids’ has had some trouble with lying, which also happens in the story, and this is a good reminder that relationships can be broken but forgiveness is possible.

Philippians 2:3 says, “In humility, value others above yourselves.” That’s the message of “Who Will Play With Me?” That book also brings to mind Slugs & Bugs’ The Wagon song. In this book, Doug the Slug is thrilled to discover an awesome red wagon at the playground, but soon he is feeling pouty because he can’t find a friend to pull him while he rides. But when he decides to think about someone other than himself and pull Sparky the Lightning Bug instead, Doug learns that being a good friend is even more fun.

Now that I’ve given these books to my kids, I’m guessing my 9-year-old boy and 3-year-old girl will read them often in the days to come. Of course, my 12-year-old girl may even pick them up because Slugs & Bugs is certainly part of her childhood too. 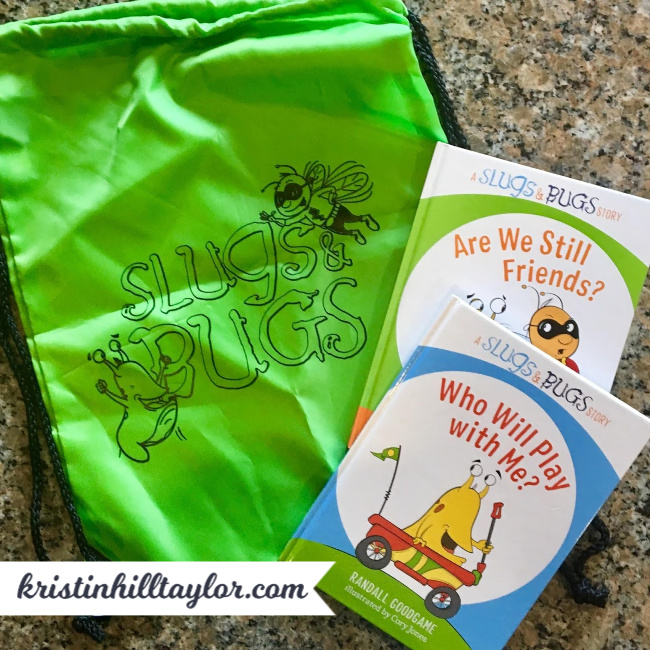 Published by B&H Kids, they’re both 64-page hardback children’s books available on the Slugs & Bugs website, Amazon, and other places books are sold. Learn more about the books and music at slugsandbugs.com.

Randall Goodgame is a singer/songwriter and the creative force behind the family music brand, Slugs & Bugs. He has recorded eight solo albums and contributed to numerous others. He has written songs for Veggie Tales, Caedmon’s Call, Andrew Peterson, Jason Gray, Jill Phillips, Eric Peters, and other fine people. He lives with his wife and kids in Nashville.

I bought these books with my own money, thanks to a friend of mine who was at a homeschool conference where they were available in late April. I do recommend them to you and your family, but nobody asked me to say that.