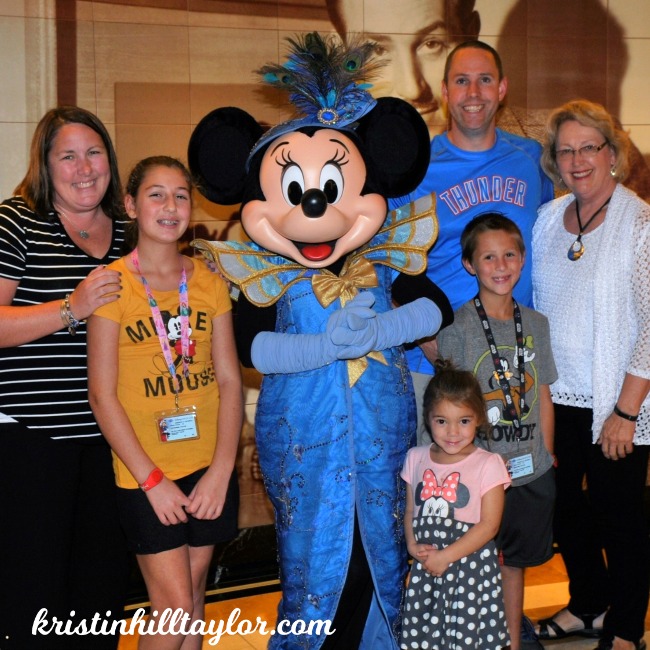 Years ago Greg and I talked about going on a just-us trip between our 40th birthdays, which are about a year apart from each other. Well, that in-between time is now. (My 40th isn’t until May 2019, for the record!)

We were discussing this idea earlier this year and kept coming back to wanting to go on a cruise. Then we talked about another Disney Cruise after going for Thanksgiving 2016. But then we would want to bring the kids and my mother-in-law. We considered other options, but we kept coming back to cruising with the only mouse I’ve ever liked.

We spent the past week cruising the eastern Caribbean Sea on the Disney Fantasy. Happy (belated) 40th to Greg and happy (early) 40th to me. Oh, and happy Fall Break, kids.

I’d say on average, we fly once every few years, if that. The point: We don’t fly often. But we have flown four times in the past five months. Whoa! The adults and two big kids flew to Guatemala in June. We all flew to upstate New York in July. Greg and I flew to Washington, D.C. in September. (Our Washington, D.C. trip was a sweet surprise, like God knew we actually needed a just-us trip after we planned the family cruise at the beginning of the year!) Then we all boarded another plane to Orlando for this trip.

This is also the year our rewards credit card offered to reimburse the $85 for us to get TSA Pre-Check clearance. We did that between our June and July trips and it’s been worth every penny we didn’t actually pay. (But I’d venture to say if you fly more than we usually do, then it’s actually worth the pennies you pay!)

I don’t regret for one second flying all the times this year to all the places we got to go. I don’t regret bringing the kids on what started as an idea for an adult trip.

Yes, traveling with kids can be complicated and more stressful than the alternative. Yes, kids require stuff that takes up room in suitcases. Yes, bedtimes were pushed way back, dessert was consumed more than once a day, and I was constantly counting three heads (although it was mostly the youngest who kept me alert).

But I have a phone full of photographic memories and a heart full of family memories.

As I was eating peel-and-eat shrimp from Cabana’s buffet on the ship, I remembered sitting in a condo in Perdido Key, Florida, probably not much older than my oldest kid now, as my dad boiled shrimp for us to share.

I want my kids to remember seeing the British Virgin Islands in good spirits but still obviously recovering from a devastating hurricane 13 months earlier. I want my kids to remember the times they played on the beach together in Saint Thomas and again at Castaway Cay, picked which complementary Disney movie to watch next, and posing with beloved costumed characters. I want to remember how even with their age gap, all three kids were excited to meet costumed characters, play on the sand, and snuggle new stuffed animals.

I want us all to remember we are in this life
together and taking a break is refreshing.

Now, back to “normal” life around here after two trips in three weeks with the toddler’s Fall Break thrown in the middle. Perhaps I’ll find the bottom of those laundry baskets.

I took a bunch of pictures, which I’m sure surprises no one. I shared most of them on Facebook recently, so feel free to browse that album if you want to see more of our trip. This was our second Disney cruise, but you can read about our first one.