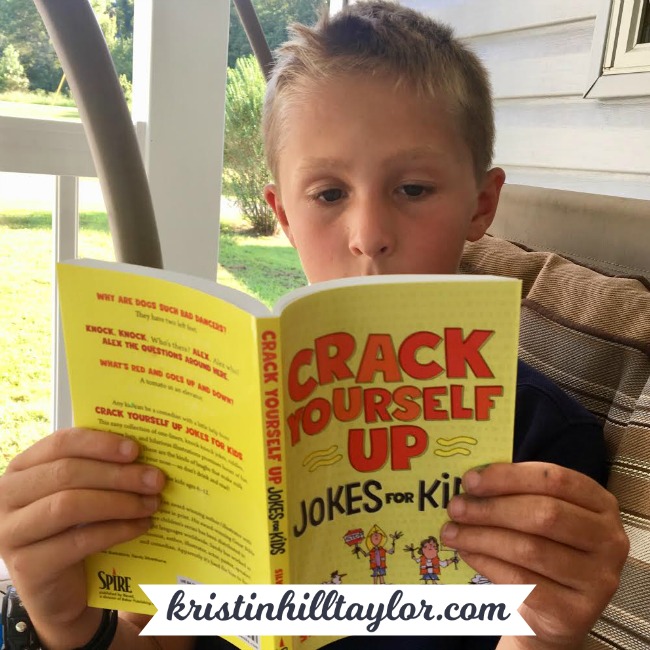 Ben likes to tell me jokes from the backseat of the minivan and for a long time I wondered when the jokes would be good. They’re improving, thankfully.

Some thanks certainly goes to joke books, like our newest one, “Crack Yourself Up Jokes for Kids” by Sandy Silverthorne. Of course, the fact he’s growing up is also helpful.

Here are a few of Ben’s favorite jokes from the book:

What do you call a pile of kittens?
A meowtain.

Did you hear about the two guys who stole a calendar?
They each got six months.

Sam, what two days of the week start with T?
Today and tomorrow.

As a mom, I like that the book is a mass market paperback that’s easy to carry around. Plus I love hearing Ben laugh now that he’s old enough to understand the dual meaning of words, silly play on ordinary words, and what makes a joke funny. He’s still working on the timing when delivering jokes, but at least he has a new resource of full of funny fodder – even if I did have to explain why a blonde joke was funny. 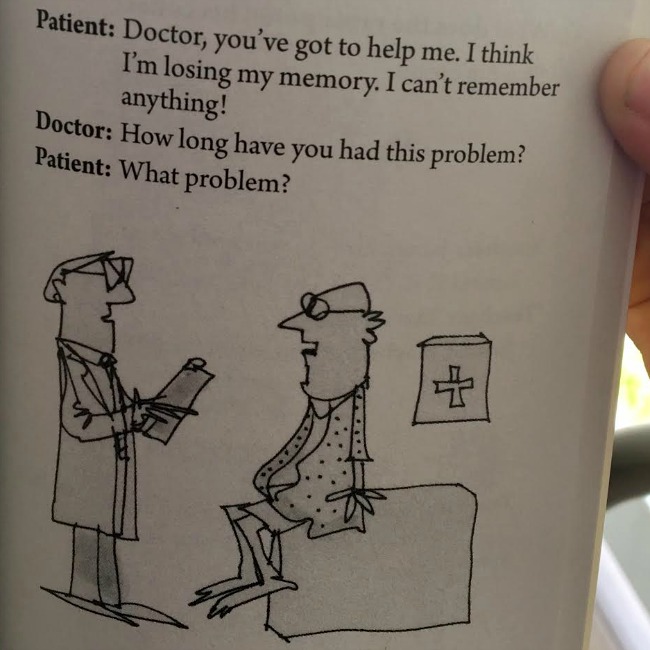 Any kid can be a comedian with a little help from “Crack Yourself Up Jokes for Kids.” This zany collection of one-liners, knock-knock jokes, riddles, puns, funny lists, and hilarious illustrations promises hours of fun.

This 144-page paperback book is published by Revell (Aug. 21, 2018) and is ideal for kids ages 6 to 12 years. You can get either the Kindle or paperback versions for less than $5 on Amazon.

Sandy Silverthorne has been writing and illustrating books since 1988 and currently has more than half a million copies in print. His award-winning “Great Bible Adventure” children’s series has sold more than 170,000 copies and has been distributed in eight languages worldwide. His “One Minute Mysteries” series has sold more than 160,000 copies. He’s written and illustrated more than thirty books and has worked with such diverse clients as Universal Studios Tour, World Vision, University of Oregon, Charlotte Hornets, and Academy of Television Arts and Sciences. Sandy has worked as a cartoonist, author, illustrator, actor, pastor, speaker, and comedian. Apparently, it’s hard for him to focus.

I got a free copy of this book from the publisher to review. These opinions and humor are Ben’s and mine.