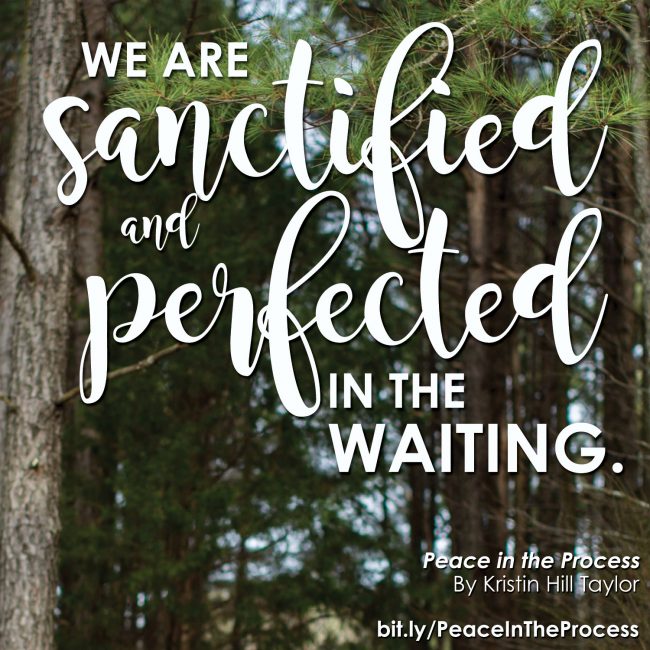 “My water broke and I’m on the way to the hospital,” she said.

Cate’s bags had been packed for weeks, but somehow Greg and I hadn’t packed our own clothes. This was only the beginning of parenthood, I soon realized. We managed to be out of the house by 6:30 a.m., ignoring the dirty dishes on the kitchen counter as we locked our back door. Little did I know, this would be the first of many times in my life as a mother that dirty dishes (or any other chore) would have to wait.

We were at the hospital by 12:10 p.m. to await Cate’s arrival, which came about 14 hours after Mandy arrived there and called us. Mandy was amazing, even during the back pains and labor. It takes a brave woman to be generous, gracious, and strong when she’s preparing to deliver a baby she believes was meant for someone else.

We were in the room when Cate was born, and saying I’m thankful for that experience is an understatement. People asked if being in there was strange, and I would have thought I’d say it was. But, like the whole adoption process, the birth experience was meant to be – something I can only say because the Creator of the world orchestrated all the details for it to happen, leaving us with the peace that surpasses all my understanding, even during this intimate moment. We saw our eight-pound, twenty-inch girl as soon as she entered the world.

Cate had some inconsistent breathing at first, so they put on her the smallest oxygen mask I’ve ever seen. We watched as they cleaned her up and tended to her. She gripped our fingers. Then they took her to the nursery and kept her on oxygen for a short time.

Finally at 4 o’clock in the morning, the nurse brought our daughter to us. I fed her and then held her for three straight hours. Those were the moments for which I’ve been waiting. And, goodness, were they worth it.

And you know I’m not even a morning person.

In honor of birthday season at our house, I have a copy of “Peace in the Process: How Adoption Built My Faith & My Family” to send one of you. Just use the Rafflecopter below to enter to win and I’ll randomly choose a winner on Monday, May 7 – after we’ve officially celebrated having an 11-year-old girl in this house.

Plus, both the Kindle and paperback versions of my book are available for a discount this week! The Kindle version is just $1.99 and the paperback is $6.99. If you’ve already read it, I’d love for you to a take a few minutes to leave a review on Amazon.