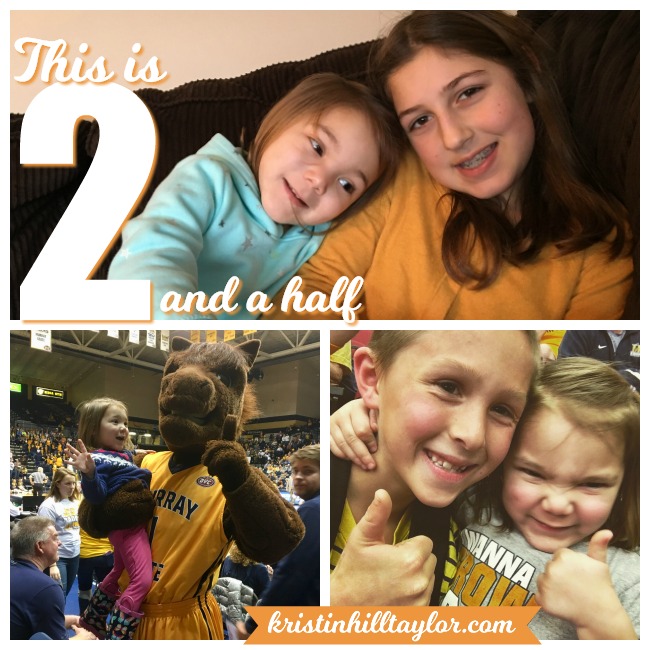 Rachel is officially right between two and three, so I wanted to document her right now. I’m grateful for our days together while the big kids go to school. I’m thankful God gave her to us because every single day she brings joy to us.

EATS popcorn, bips (aka chips), cole slaw, sucks (aka suckers). (I mean, she eats other things, but those are her favorite things.)

SINGS songs from those movies I listed, Murray State fight song, “Happy Birthday,” and “You Are My Sunshine.”

SLEEPS in a toddler bed, usually for about 11 hours at night. Naps sometimes happen in bed and other times in the car.

ASKS where we’re going when we get in the car, lots of questions, and why often.

WANTS to do whatever Ben and Cate are doing, to go outside, and be part of whatever is going on.