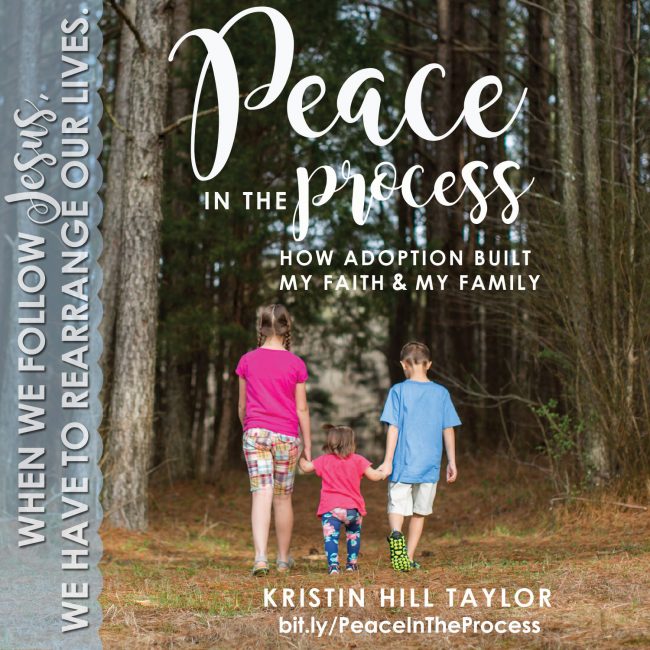 In honor of National Adoption Awareness Month, I wanted to share stories from other adoptive families. Having these other adoptive moms share pieces of what God has done in their families through adoption is one of my favorite parts of my book, “Peace in the Process: How Adoption Built My Faith & My Family,” so I thought I’d let you have a peek into the community of adoptive mommas God has built in my life.

We’ll start with Makenzie Shewcraft. She is wife to Brett, mommy to Gracen, and a wedding photographer in western Kentucky. And she’s my real-life friend who took the gorgeous cover photo for my book. 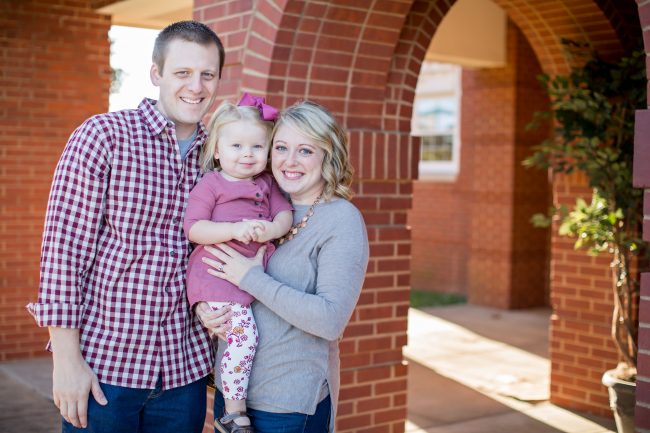 After several years of infertility, we set out on our adoption journey. We had always planned to adopt internationally later down the road, but after a little bit of research, we began looking into domestic adoption through an agency. I wasn’t sold on the idea of an open adoption in the beginning, but our agency really encouraged it.

We began to pray about it and agreed to the possibility of openness with a birth mother. Somewhere along the way, my heart shifted. My prayers began to change from just begging for a baby to asking God to bring a birth mother into our lives.

Fast forward to a year later and we found out we had been chosen by Kathleen, a birth mother due with a baby girl in two months. She didn’t want to meet us at the time, so we wrote her a letter and sent it through the agency. A few weeks later, our social worker called to say Kathleen was ready to meet with us in person.

At this point, it was 29 days before her induction date. That meeting went better than we could have ever imagined! We talked, laughed, and cried together, and we learned that Kathleen was someone who makes you feel like you’ve known her for years. She even looked down at her belly and said, “She is yours … I’m just carrying her for you.” From there, God gave us an undeniable peace the baby girl she was carrying was our daughter and Kathleen wouldn’t change her mind about her adoption plan.

I prayed for Kathleen every day between the meeting and the day our daughter Gracen was born. I couldn’t begin to imagine the emotions she was experiencing. When we arrived at the hospital, Gracen had just been born. Because of Kathleen’s requests, we were planning to meet Gracen by ourselves but the pregnancy counselor met us and said she was in the room with Kathleen. It wasn’t what we expected and we were a little nervous to be introduced to our daughter in front of her, but we walked in and she greeted us with a big “Hey!” and a smile. We ended up spending three hours in the room with Kathleen, holding Gracen in our arms. We talked about families, Kathleen’s pregnancy, our hopes and dreams for Gracen, and what her room looked like at home. It was nothing like we planned and imagined, but it’s time I would never change.

Even though Kathleen didn’t want much contact with us after birth, our relationship began to grow. We began to email, which led to Facebook messaging, which eventually led to texting. We have only seen her once, right after Gracen’s second birthday, but we keep in touch regularly. Although we talk about Gracen often, we also just chat about life, from jobs to family and everything in between. She is a dear friend in our lives.

We prayed for them long before we met them
and God exceeded our expectations.

Our adoption journey looked nothing like I thought it would. It was a pretty smooth process, which was a big blessing, but the daughter we brought home and the birth mother and friend we gained are two of the greatest people in our lives.

I’m also honored to share a piece of our story at Kayse Pratt’s Intentional Moms blog today. Join me there to read about why holding my babies in church has always seemed holy to me.