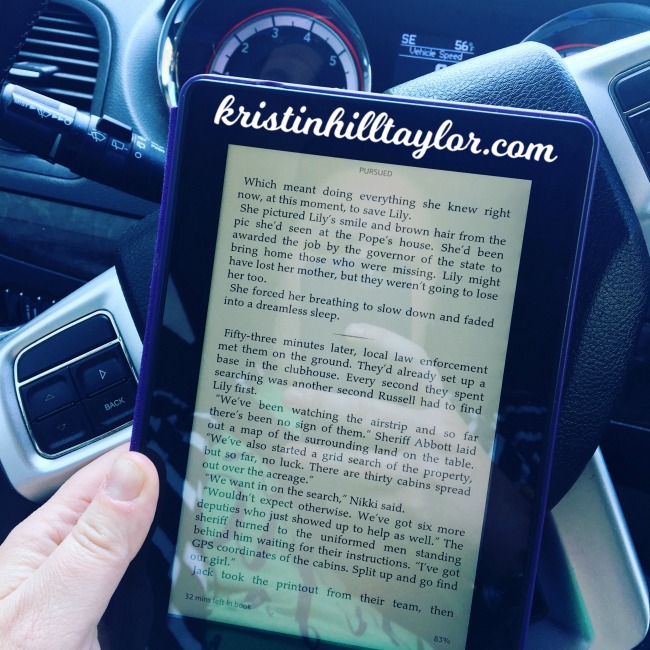 I got into the pickup line at school early recently just so I could finish Lisa Harris’ newest book, “Pursued.” The short version: I’m glad I did.

The longer version: I really like Nikki Boyd, the main character in this book and the two preceding in the same series. Yes, she has a love interest, but it’s realistic with their fears about moving forward with each other and the interruptions that disrupt their timing. The suspense in the case that Nikki, who works for the Tennessee Bureau of Investigations’ missing persons unit, was pulled into kept me reading because I needed to know what was going to happen. 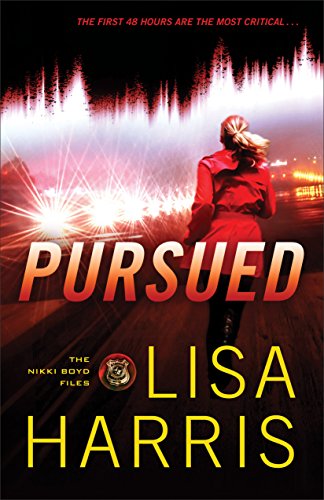 Nikki Boyd’s flight into Nashville was routine – up until the crash landing at the airport. When the dust settles, Nikki discovers that the woman who had been seated next to her on the plane is missing – and no one will admit she was ever there. Erika Hamilton had been flying to Nashville with an air marshal as a key witness in an upcoming grand jury trial. When she flees from the crash, is she running from trouble or straight into it? Before Nikki can even see her family, she and her team are pulled into a missing persons case where the motives are as unclear as the suspects.

Bestselling and award-winning author Lisa Harris has planted danger around every turn in this can’t-put-it-down thrill ride that will leave readers stunned. “Pursued” is the third in the Nikki Boyd Files series. “Vendetta” introduced Nikki Boyd and was followed by “Missing.”

“Pursued” is a 320-page book is published by Revell and officially released last week.

Lisa Harris is a bestselling author, a Christy Award winner, and the winner of the Best Inspirational Suspense Novel for 2011 and 2015 from Romantic Times for her novels “Blood Covenant” and “Vendetta.” The author of nearly 30 books, Harris and her family have spent 12 years living as missionaries in southern Africa. Learn more at www.lisaharriswrites.com or follow her on Instagram, Twitter, or Facebook.

I previously reviewed “Vendetta” and interviewed Harris in my review of “Hidden Agenda,” which is part of the Southern Crimes series.

I received a free electronic version of this book from Revell Reads in exchange for an honest review.