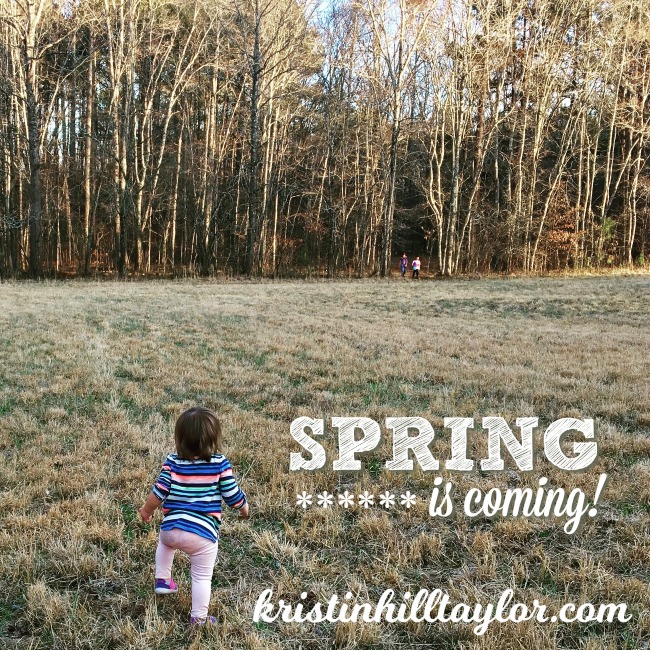 – From “Glorious Day” by Passion

Y’all, we’ve needed a rescue around here lately. There’s nothing like sickness and ailments to put real life in perspective.

This week started with a nearly perfect spring day.

I know, it’s February, but it was 70* and sunny and the daffodils had bloomed. The big kids trampled through the woods and creek bed while Greg cut some wood in a continue effort to clear a path to the creek. I learned to drive the four-wheeler (roughest shifter ever right here!) while Rachel napped. At one point all five of us were outside, partially working and partially playing.

We didn’t live here last spring, so the day felt new and right. That’s really how I feel about spring (even an early one that still may be interrupted by winter …) in general.

Monday morning started early with Ben by my bedside telling me he couldn’t sleep because his whole body itched. I knew poison ivy was the culprit as soon as I shined my cell phone flashlight at his face. The Presidents’ Day school holiday came at the perfect time.

Monday night was rough with restlessness for four of the five of us. A stomach virus struck Greg, Rachel, and me. Ben was having trouble sleeping because of all the steroids in his body to treat the poison ivy.

I spent Tuesday eating a few crackers, popsicles and then finally some toast for dinner. Greg spent most the day in bed and ended his day with some toast and apple slices. Rachel seemed to feel fine, but her diapers were far from fine.

I’m grateful I can’t remember the last time we had a stomach virus. Having Ben home from school Tuesday proved to be providential as I’m not sure how I would have managed my into-everything toddler, a sicker-than-me husband, and many trips to the bathroom, laundry room, and changing table.

After I slept 10 solid, straight hours, I woke up feeling normal Wednesday – well, normal except for the poison ivy on my arms and face. Everybody else slept well and long too. I saw the dishes in my sink from the past couple days and rejoiced in the fact I felt well enough to deal with them.

So, really, if anyone is keeping track, in the past week I have had an ear infection, swimmer’s ear, stomach bug, and poison ivy. I ended up getting a steroid shot yesterday evening because the poison ivy was getting awfully close to my eye. Mamas don’t have time to be sick. A friend reminded to just do the next thing. And she’s totally right.

Spring seemed to have sprung this past weekend, but winter’s germs got us anyway.

I believe spring really is coming.

The ideas that new life comes like spring and Jesus truly does rescue us from our pits – the ones bring upon ourselves and the ones we just happen upon – were on my mind as I listened to new music from Passion.

I especially like “Glorious Day” and “This We Know.” I really love live music, so these Passion recordings are good background music while I’m going about my days – you know, dispensing medicine and then doing dishes and laundry. 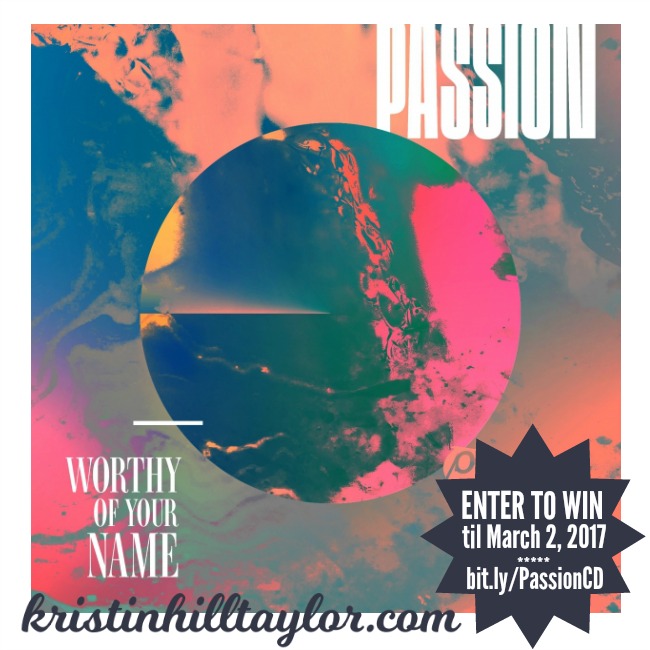 The physical CDs aren’t available until March 24, but thanks to Capitol CMG two of you will be among the first to have one. Use the Rafflecopter below through Thursday, March 2 for your chances to win. Two winners will randomly be chosen Friday, March 3.

I received an advanced digital copy of this album as well as two CDs from Capitol CMG in exchange for a review on social media. These opinions and the germs, unfortunately, are my own.