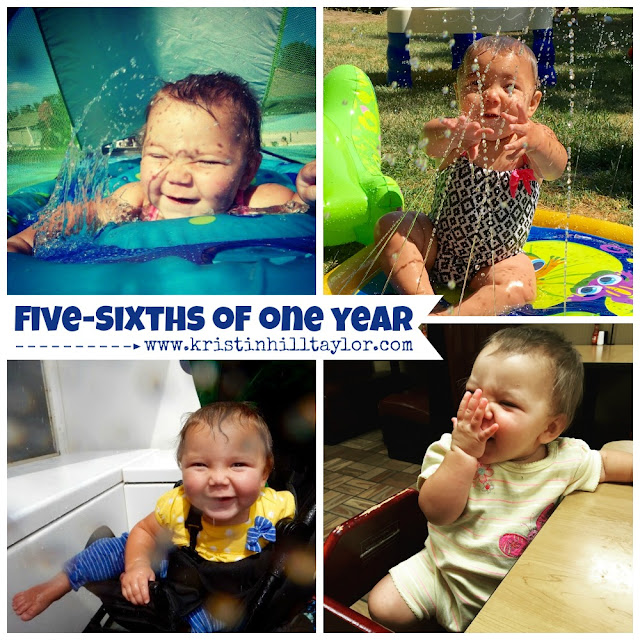 Somehow, Rachel is 10 months. That’s five-sixths of one year. And this girl continues to bring so much joy to our lives.

She does so many fun things now, like give kisses and high fives. And she tries to blow kisses, which ends up looking like a squishy face with her hand in front of her mouth.

She’s into everything and everywhere. She likes to get into the kitchen trash can so much that I had to splurge on a nice trash can that locks. Our new house has wide hallways, so she basically runs in her walker down them – with much delight, of course! While at restaurants, she likes to wiggle out of the high chair straps when possible and stand up.

This past month was also when she had hand, foot and mouth disease, thanks to her 2-year-old cousin unknowingly sharing with her when we were in Buffalo. It was a couple rough days, and then more days of her rash healing, but we made it through. Speaking of Buffalo, this water baby loved being in the midst of Niagara Falls – so much so she leaned and reached out of the stroller so she could get more wet.

She’s been sleeping longer, has four top teeth visible right beneath the surface, holds her own bottle much of the time, and eats anything in front of her. She especially loves black beans from Qdoba, peaches from a can, carrots from Cracker Barrel, and eggs from my skillet. She’s figuring out the sippy cup too.

She’s figuring out a lot of things, really, and that discovery is full of joy.