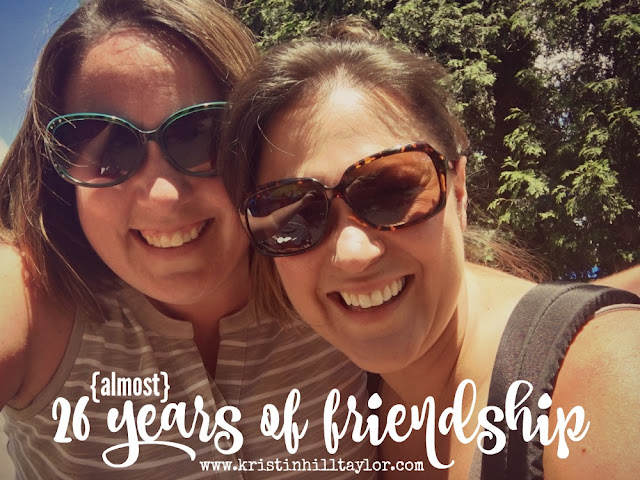 I can hear the hammering four houses down from my yard, the one with a For Sale sign. I would have told you there wasn’t enough room for anyone to build a house there, but they made room when they cleared some trees. It sits back more than some of the other houses on Sharpe Street.

But the sounds of nails going into the wood to make walls reminds of Schureck Court. Our house at the edge of the cul-de-sac was one of the first. We heard and saw so many of our neighbors’ houses go up, eventually circling our end of the street.

We played on the mounds of dirt and ran through the structures as the walls went up. These days, my kids would get in trouble for doing that. But as much as the fields were our playgrounds, so were the new houses.

I remember being excited to see who would move in next door. As I eyed the newly completed house, I was less interested in the floor plan and more intrigued with the family who came from Pennsylvania in October of 1990.

Turns out, that family included a girl who was a grade behind me in school, shared my hair color, and became my best friend.

Katie could sing and play the piano – hobbies that never interested me. But we could tell you exactly how many steps it was from her bedroom door – the first door on the left of her house’s first floor hallway – to mine at the end of the far end of our house’s second floor. We dreamed and cried and laughed and wished we were older. I don’t know how many games of flashlight tag we played, boys we talked about, or Dr Peppers we drank. Summers were running through the neighbors’ sprinklers, staying up late, and trying to get tans. We shared meals, secrets, and bags of circus peanuts.

Perhaps the best part of this story soaked in childhood memories is the girl from next door is still my dear friend. For more than two-thirds of my life, Katie has been part of it, somehow. She lives farther away now, but our lives are still intertwined.

My kids know when it’s Katie I’m talking to on the phone. I really don’t talk to many other people (hello, texting), but our conversations are unlike the ones I have with anyone else. Silly and serious are spoken in the same sentence. Greg says we think each other are funnier than we actually are.

From across the state, she still gets me. And when we’re together, we pick up where we left off during our previous visit several months earlier or finish whatever conversation we were having when we had to end our phone conversation because one of our kids needed something.

Katie is the first person I think of when all these years later I hear the builders at the new neighbors’ house in the Summer of 2016. They’re hammering out a family’s floor plan, building a foundation for new memories for people I probably won’t really know because we’re moving to our new land soon.

Yes, I wish it was Katie’s boys who rode their bikes past my house. I get sad thinking about how much our society has changed that I can’t let my kids run as free as we did – on mounds of dirt, through houses without walls, around our horseshoe-shaped neighborhood.

But I’m grateful for a recent visit with her and the way my boy was excited to play with hers. I will forever hold onto the childhood memories, thank God she’s still my friend, and embrace the adventure that’s still to come. And if Katie isn’t here to experience it with me, I’ll be sure to tell her about it because she is home to me.