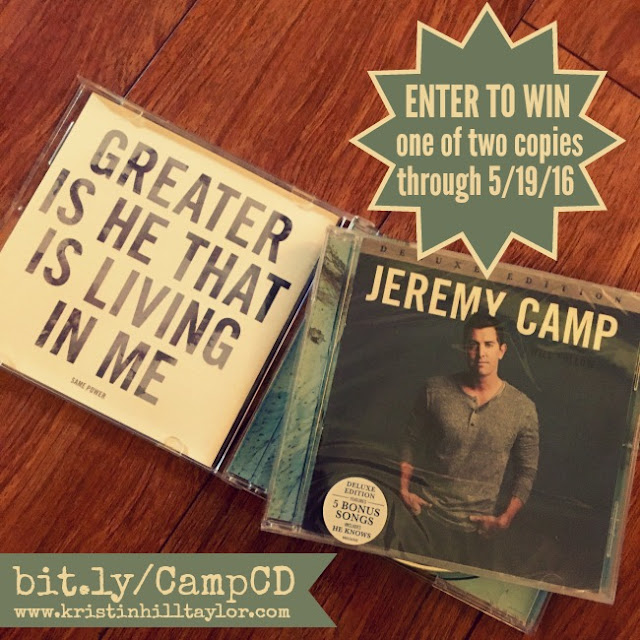 Jeremy Camp is the kind of artist I hear on the radio and sing along with, so I was glad to have a chance to hear his entire new album. “I Will Follow” has plenty of sing-a-long songs that are anthems to God’s promises.

“He Knows,” “Christ in Me” and “Same Power” are songs I recognized from the radio. “Finally Home” struck me with its upbeat sound and the way it encouraged me to look toward adventure that lasts forever. “We Are Dreamers” proclaims the redeeming power of Christ that indeed makes all things possible.

I’m glad now I don’t have to rely on the radio to hear Jeremy Camp. These songs are ones that will be played in my house and minivan in hopes my family and I will hold onto their messages.

ABOUT THE ARTIST :: Jeremy Camp has 12 years of accolades and accomplishments as a songwriter and recording artist, including four million albums sold, four RIAA Gold albums, a multi-platinum DVD, three American Music Award nominations and a GRAMMY nomination. He’s been a part of more than 25 tours (headlining 18 of those) in the U.S. and has performed in more than 32 countries. Jeremy describes himself as “a minister who happens to play music as a way to minister.”

ABOUT THE ALBUM :: “I Will Follow” is Camp’s eighth studio album and was released last year from Capitol CMG. The deluxe album includes 16 songs – 11 of which come on the regular album and five bonus songs, including two acoustic ones.

Learn more at Jeremy Camp’s website. If you buy the CD from Amazon, you get free mp3 version of the songs too. Last I looked, “I Will Follow” was also available for free streaming through Amazon Prime.

GIVEAWAY :: So, technically, I’m supposed to say: AND I HAVE A COPY TO GIVE ONE OF YOU! But I’m going to say: AND I HAVE TWO COPIES TO GIVEAWAY! So two of you will win! Hooray! In all honestly, one of the copies has been unwrapped because I put the CD in the laptop to transfer the songs to my iTunes library and then returned to the CD to the case and haven’t opened it again. So it’s like new, just unwrapped. But we’re friends, so that’s okay, and that means I get to give away TWO COPIES.

Use the Rafflecopter below for multiple entries. The giveaway is open to U.S. residents through Thursday, May 19. I’ll randomly choose the winners next Friday, May 20.

We had a great visit with these cousins. In a summ