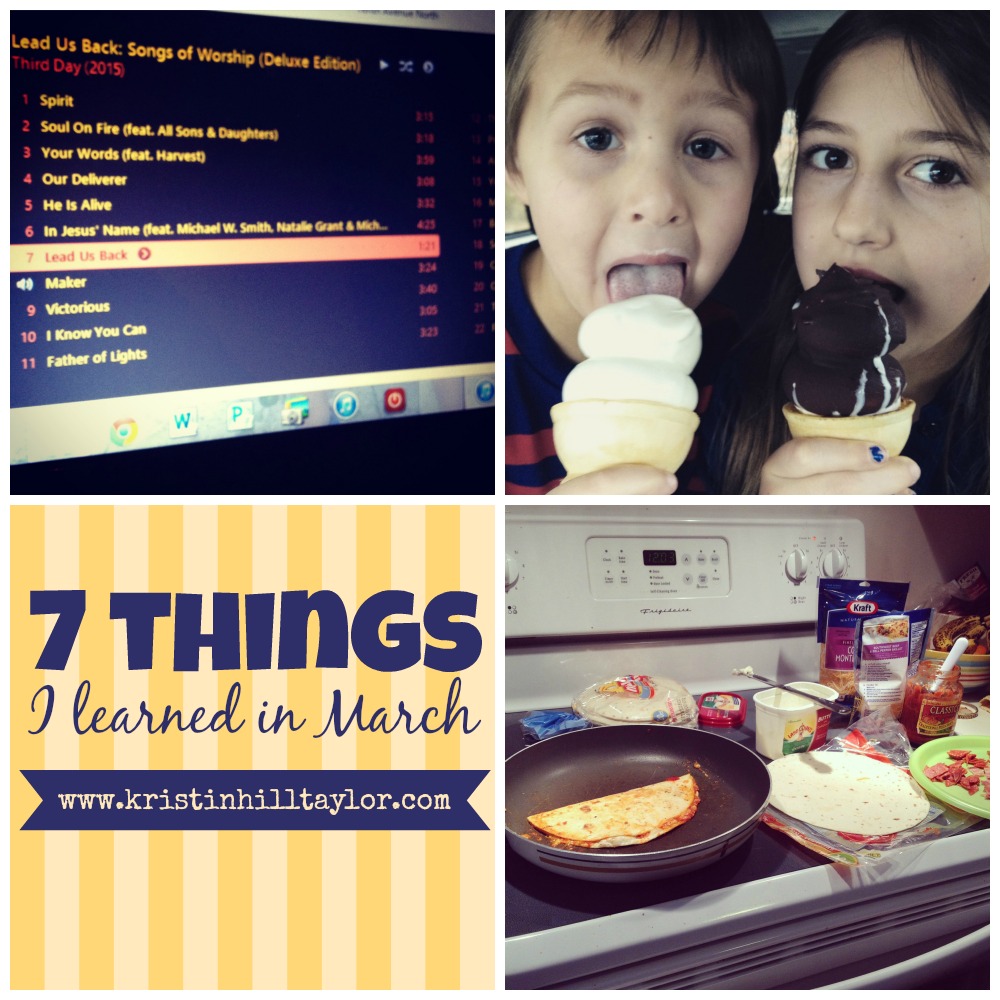 I love this time of the year! March was full of basketball and transition from winter to spring, mostly. Dirt has been tracked in the house because the kids have been spending more time outside. That also means more showers are required! The days are longer, which I love for the evenings. Although we’ve all struggled to get up in the dark mornings since the time change at the beginning of the month.

Without further ado, here are some snapshots of my month, at least the parts that didn’t involve watching basketball …

1. NEEDTOBREATHE is releasing a live album from the show I was at in September 2014! It was such a fun night and I’m so excited to have it to listen to over and over again. You’ll want it too!

2. Third Day worship music is my favorite. I love the new stuff.

3. I’m not a fan of mopey, rebellious Rory Gilmore. Like the one at the beginning of season six. Thankfully, I’m past that now.

4. In the middle of wintry temps, just before a snow storm, a 65-degree day is possible. Like a reminder that spring is coming. We involved ice cream. In Murray, we have an old-fashioned, walk-up Dairy Queen that really does make ice cream taste better.

Then later in the month, I had the air conditioning on one day and the heat on the next. We’ve worn flip flops and down vests in one week. Ah, Kentucky weather …

5. Pizza quesadillas are delicious. “Dashing Dish” inspired me. You’ll just need tortillas, pizza sauce, cheese, and any other toppings. So far we’ve used bacon and pepperoni, but the possibilities are endless.

6. We (almost) sold our lake house. I don’t like that circumstances beyond our control dictated that we needed to, but I’m glad we have the sale under contract and we can move on. Maybe to another place on the lake one day. I still manage another vacation rental property at Kentucky Lake that someone else owns.

7. Choosing joy is always good for my soul. Yeah, not new, I know. But here we are, three months into the new year, and God is still using my counting joys for the good.