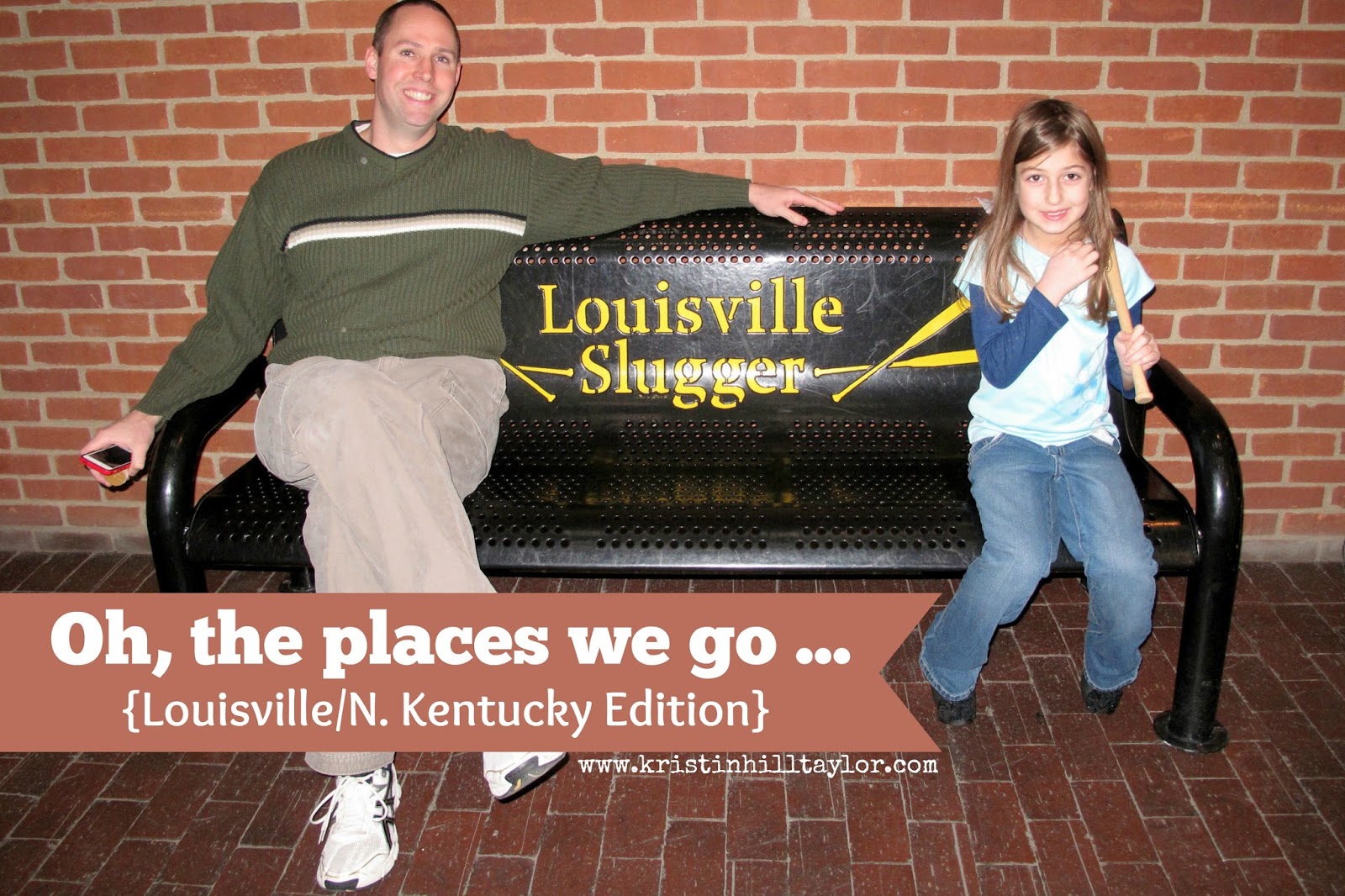 We make regular trips to Louisville because that’s where my mom, brother and his family, and some friends live. We don’t always set out like tourists, but sometimes it is fun to explore even the familiar. While we were there a few days before Christmas, we visited a museum and ate a restaurant I wanted to share with you.

Obviously there is so much more to do in Louisville and Northern Kentucky, and I’m sure I’ll have more stories to tell another time. Churchill Downs was a family favorite from my childhood – and a few years ago! We’ve also enjoyed the Louisville Science Center and Louisville Zoo as hometown tourists.

Now for our recent outings …

I like the Christmas tradition of getting together with a couple friends from high school and their families. We laugh and reminisce and catch up. And eat. In a group text with Katie and Bekah, I suggested we visit the restaurant our fellow Oldham County High School friend Stephen Williams owns. He’s the chef too. 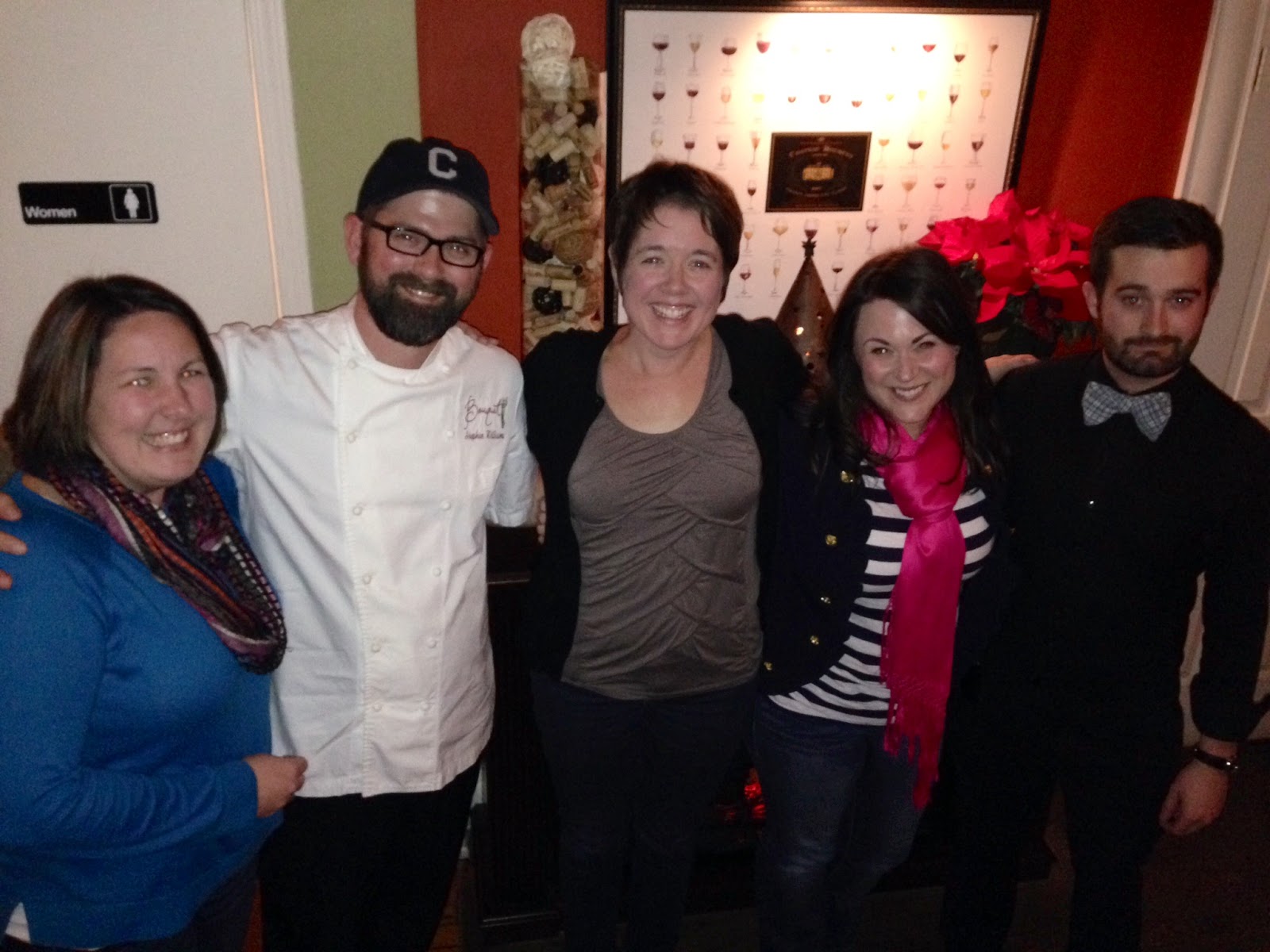 In Covington, this would require a road trip. And we decided to leave our kids with sitters. TRIPLE DATE!

Greg and I rode with Barrett and Bekah. Brad and Katie met us there. We settled in our table for six, which was ready for us, thanks to Bouquet’s willingness to take reservations (and online!). Our waiter was friendly. Stephen sent out a delicious cheese tray and some whipped feta-stuffed peppers I wanted more of.

And then we ordered our entrees. I went with the fried chicken. And, thankfully, it wasn’t any usual Kentucky Fried Chicken. We all enjoyed the food and the complimentary desserts that followed.

And the conversation, of course. We covered our boys’ bathroom habits, what it’s like to be married for more than a decade, and stories from the mid-1990s. These aren’t the people I do life with every day, but these are some of my people. These are the people who knew me before I could drive. We filled evenings with flashlight tag and dreams of what would come next.

For Stephen, this restaurant is what came later – when we all grew up. I’m proud of him. And I’m glad he got to cook for me! 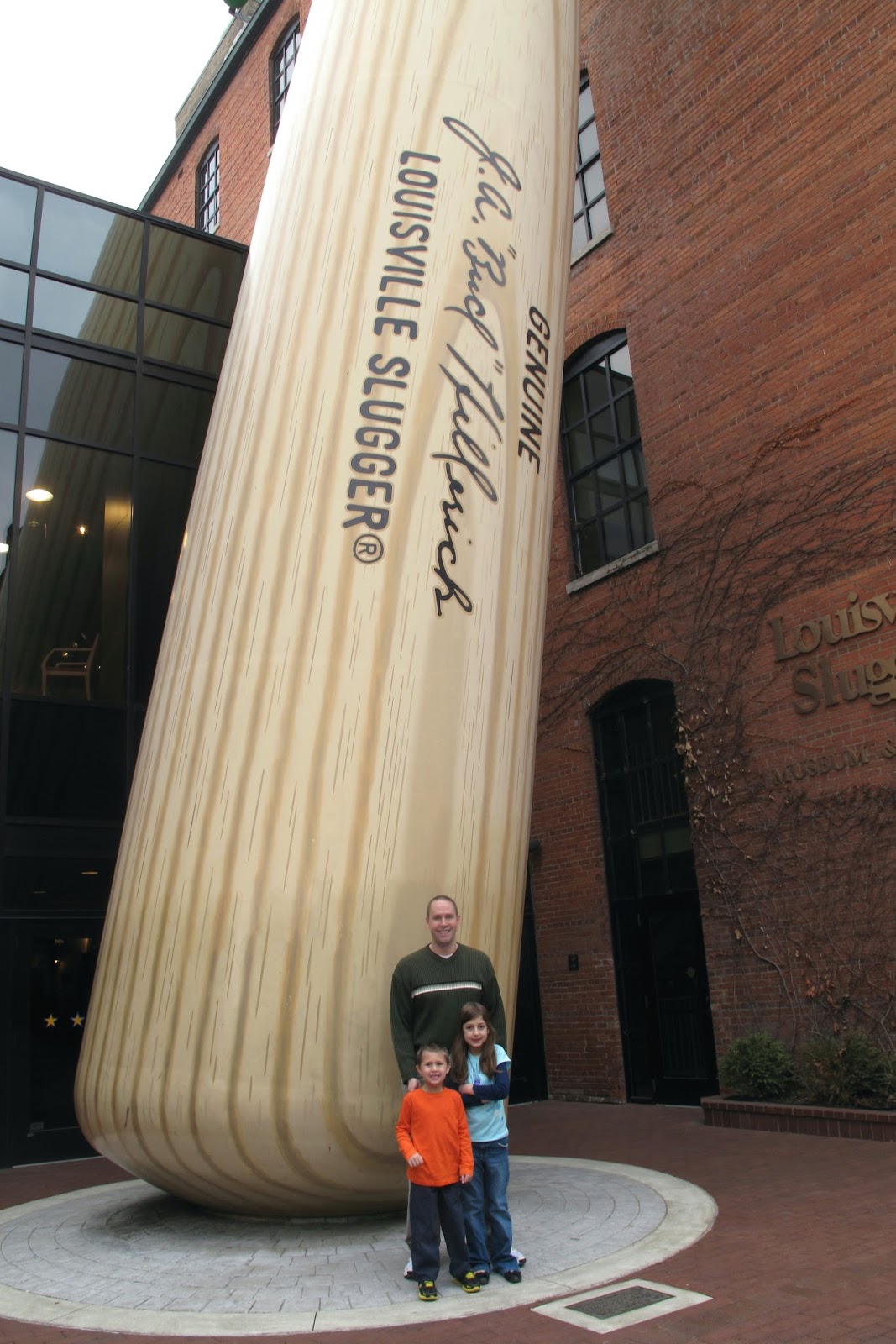 As a baseball fan and Louisville-area native, I’m kind of embarrassed to admit I’ve never been here. My brother-in-law, who isn’t from Kentucky, suggested we go. Good call, Zac! Louisville Slugger had a holiday special so the three kids in our group were free – although apparently the two of them who are 5 and younger would have been anyway. The adults paid $12 each. We got to learn about how the bat factory got its start, see how the bats used to be made and how they’re made now, and learn about the specifics Major Leaguers prefer for their own bats.

Oh, and we got a mini bat at the end of the tour.

Greg held Mickey Mantle’s bat. And, yes, he stood on both sides of the plate, pretending to be a switch hitter. Ben held Derek Jeter’s bat. I took a picture so one day when he may actually care we can tell him more about it. Greg and Zac hit baseballs in the batting cage and the kids climbed on the large baseball glove playground.

It’s not the kind of place you’d plan to spend the day, but it’s certainly worth going to for a couple hours at most – which, honestly, is my kind of museum.

What would be on your must-do, must-see, must-eat Louisville list?

________
This is the fourth in an occasional destinations series I accidentally started recently. Murray Edition. Chicago Edition. Nashville Edition.

In the wild, lions roar for three reasons: to let

What a beautiful day for two entertaining soccer g

“All I can see is goldenrods!” — Rachel, who