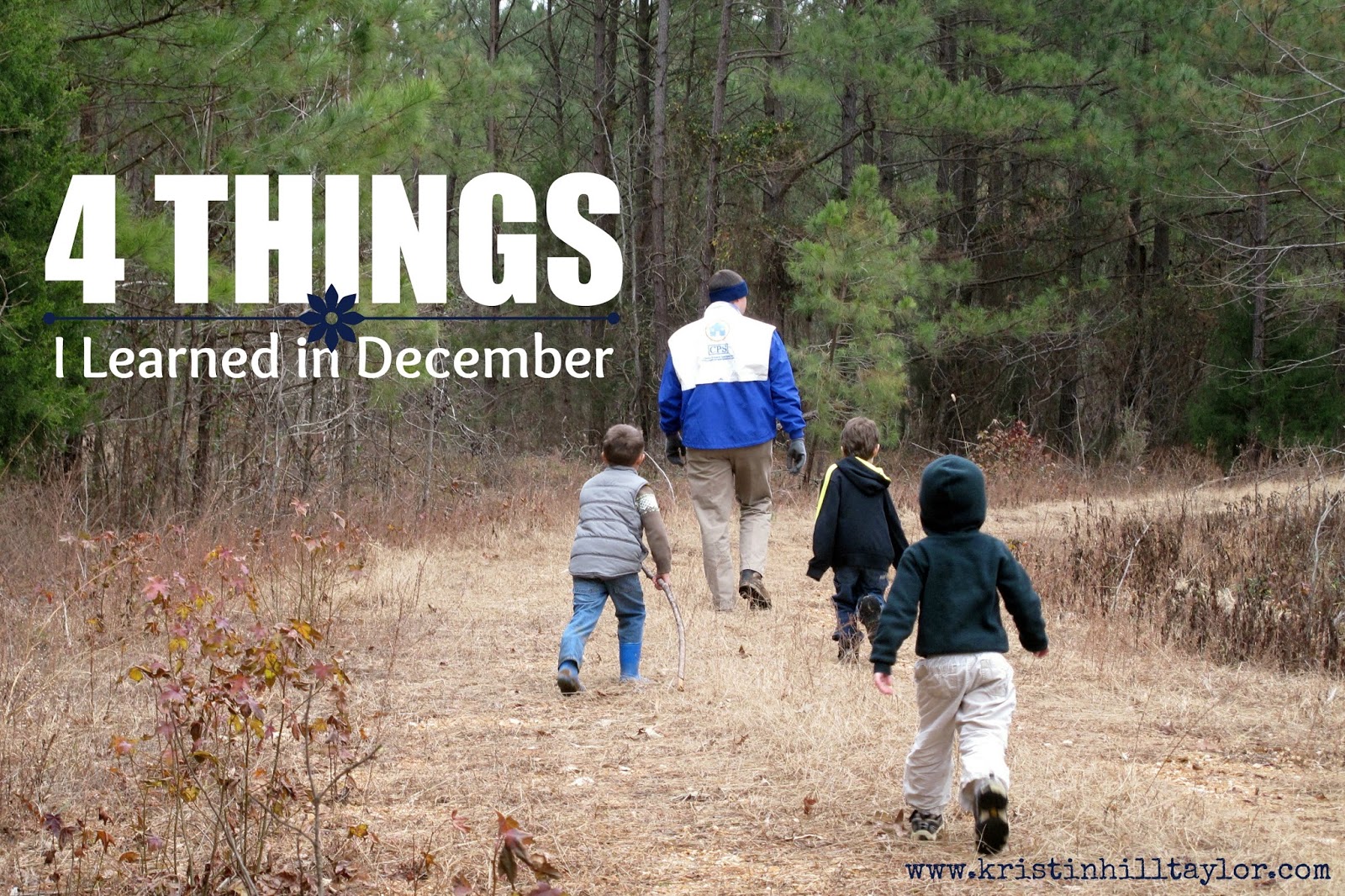 I know it’s cliche, but I can’t believe 2014 is basically finished. The harder I try to slow down and be in the moment, the faster time seems to go. December was full of Christmas, college basketball, and sickness for us. We love being with our favorite people and soaking in the season.

We simplified our schedule and the amount of presents bought this year, and those were welcomed changes. We held on to our favorite traditions and took life one day at a time, which mostly involved wondering if Cate was going to have a fever again and when Ben was going to have his turn being sick.

Before December ends and I have to remember to write 2015, I want to reflect on the month. Here are four things I learned this month … 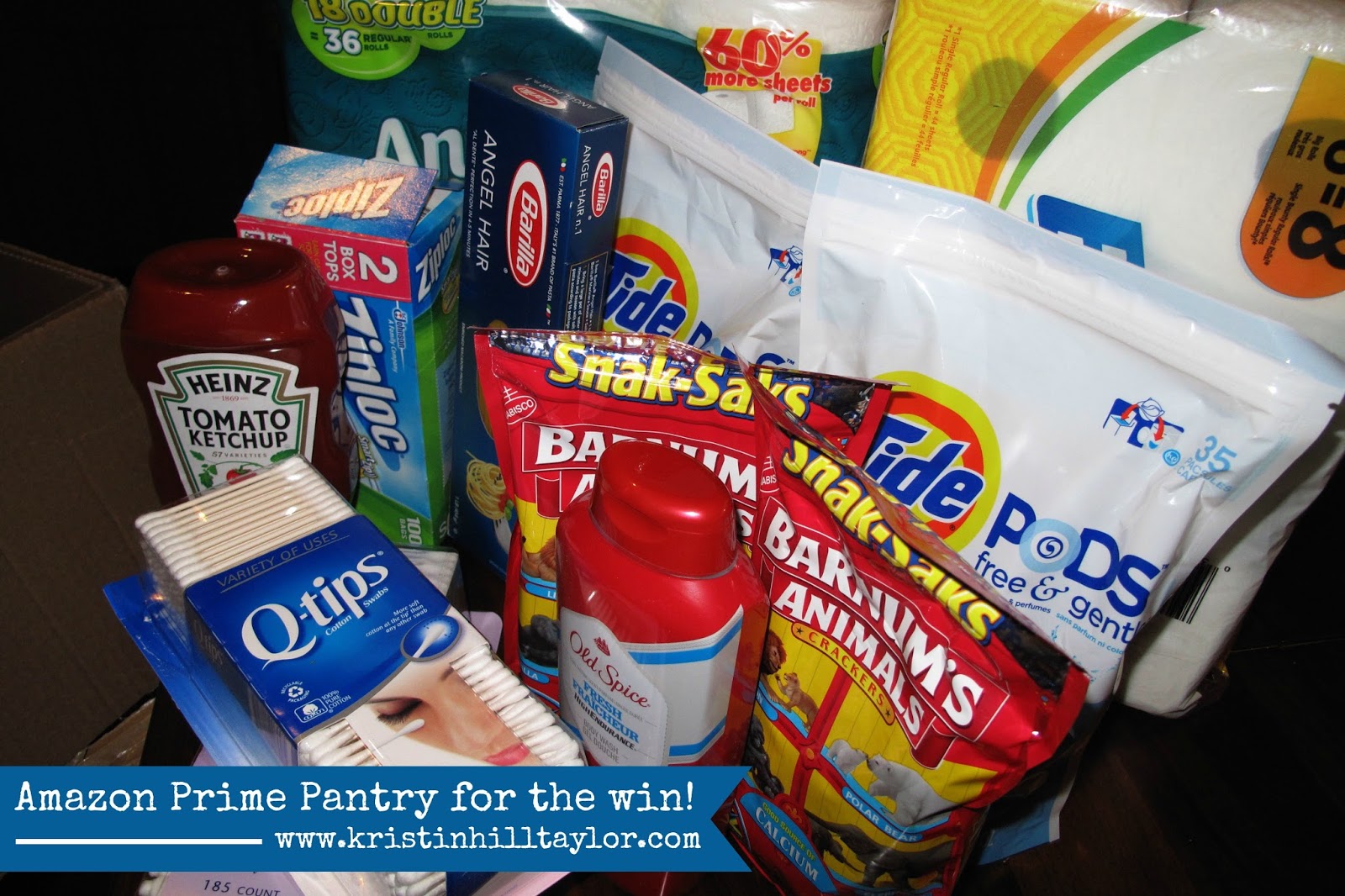 1. Amazon Prime Pantry will keep me from having to go to Walmart. I discovered the service on accident when I searched for Qtips on Amazon, thinking they would be an add-on item I could put in my cart for my next order. Turns out Qtips are part of the Prime Pantry! I got so excited I started a conversation on Facebook about it. Turns out I wasn’t alone in my excitement.

While adding products to my Prime Pantry box, Amazon tracks how much of the box is filled. What percentage of the box an item will fill is indicated as I shopped.

The prices were similar or cheaper than what I usually pay. Plus the convenience is worth something, trust me! Amazon also had a promotion that day that included free shipping (which is usually $5.99) and coupons worth $3.63 that applied to my order. The coupons and free shipping were automatically applied and shown as discounts at the check-out page.

2. Rend Collective’s Christmas album may be my favorite … ever. It’s been on repeat around here and is tempting me to stay in the rotation after Christmas.

3. Make-up school work is no fun but a slow start to the month was sweet.

Cate started the month with almost three weeks of sickness. Walking pneumonia then a virus with a high fever. There were inhalers and much ibuprofen. And there were slower moments than I expected to start this month.

Specifically, she missed six full days and two half days of the 15 school days between Thanksgiving and Christmas breaks. We went to the pediatricians’ office four times. She had two finger-prick blood draws and another from her vein in the out-patient lab. And there was a chest x-ray.

And then momma Googled too much and temporarily became a hypochondriac.

Cate was fever free the week of Christmas. Praise God! And then Ben started running a fever the day after Christmas and was diagnosed with strep throat on Friday and flu A on Monday.

4. Ben made it to his maintenance allergy shot doses. So now it’s once a week for those two shots. We had been doing twice a week for almost 11 months so this is a welcomed change. Of course, he hasn’t had an allergy shot in more than a week with Christmas and now sickness.

How was your December? Did you learn anything worth sharing? I’d love to hear about it in the comments.