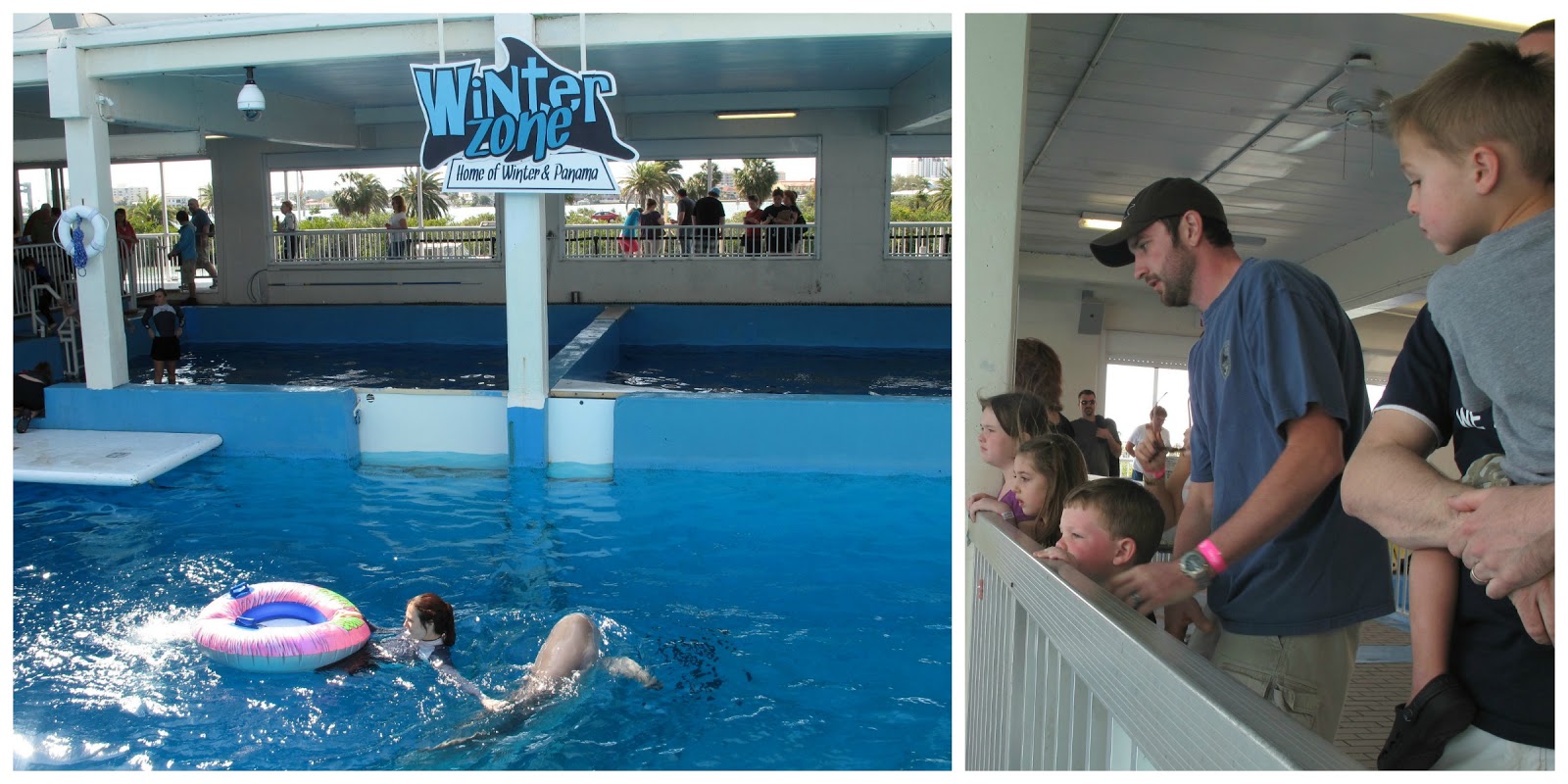 My kids don’t watch many non-animated movies. But “Dolphin Tale” is one they’ve seen over and over. We even got to see Winter in real life at the Clearwater Marine Aquarium in February 2013. {See those pictures above?} Winter’s story and the hurricane that wrecked the marina are tales my kids still like to talk about.

“Dolphin Tale 2” releases tomorrow! So I’m guessing the stories will continue around our house.

The sequel has been on our calendar for months. It’s going to be fun to be able to say, “We’ve been there!” as we watch Winter’s story continue. Like the first movie, “Dolphin Tale 2” sounds like it’s filled with messages of friendship, hope, and family that I want my kids embracing.

Plus, if it’s anything like the first one, the all-star cast will make the movie one worth watching. 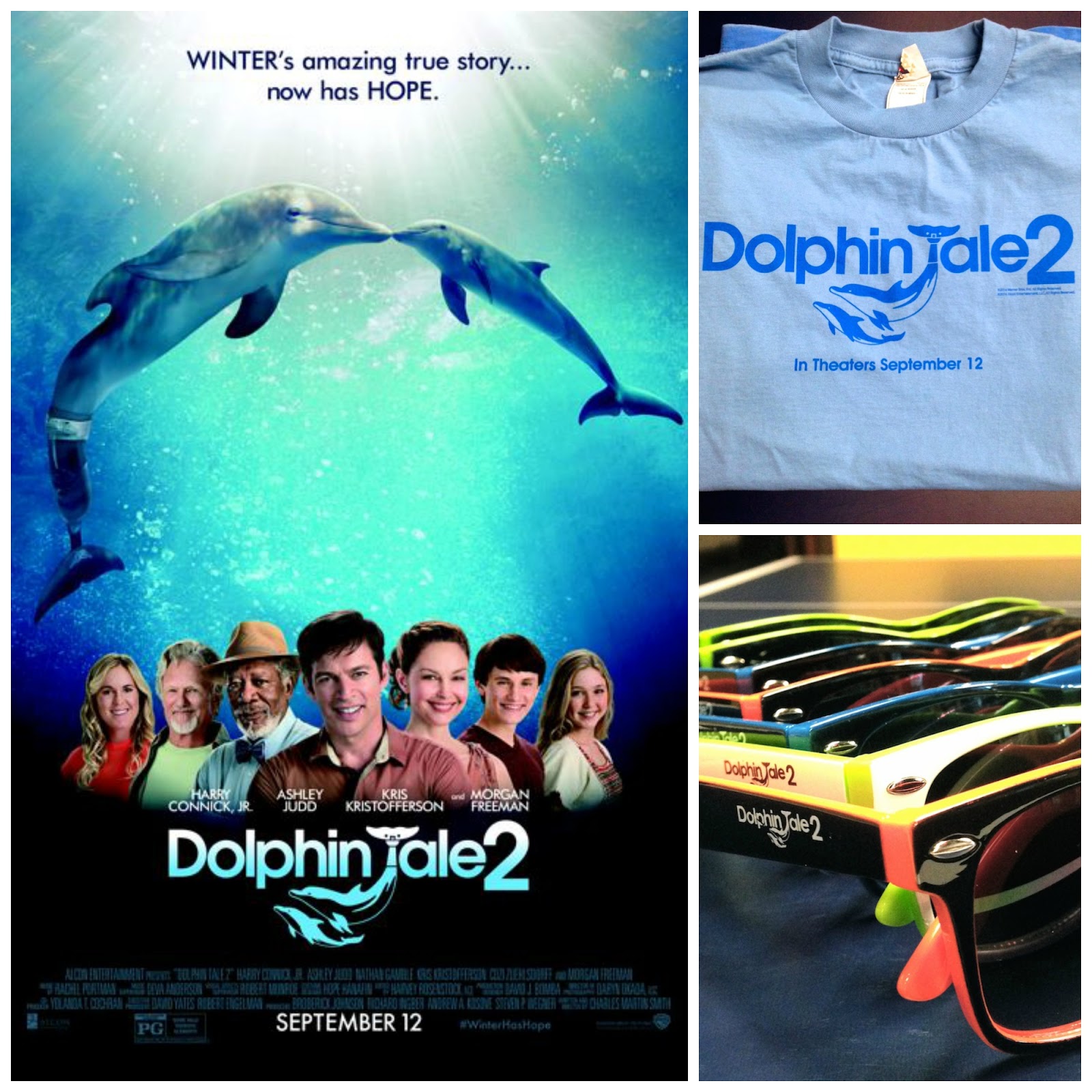 ABOUT THE MOVIE :: Inspired by true events, “Dolphin Tale 2” continues the story of the brave dolphin Winter, whose miraculous rescue and recovery — thanks to a groundbreaking prosthetic tail — made her a symbol of hope and perseverance to people around the world and inspired the 2011 family hit movie “Dolphin Tale.”

This film reunites the entire main cast, led by Harry Connick Jr., Oscar-winner Morgan Freeman, Ashley Judd, Kris Kristofferson, and of course, the remarkable dolphin Winter as herself. Champion surfer Bethany Hamilton, who has been an example of courage, also appears in the film.

It has been several years since young Sawyer Nelson and the dedicated team at the Clearwater Marine Hospital, headed by Dr. Clay Haskett, rescued Winter. With the help of Dr. Cameron McCarthy, who developed a unique prosthetic tail for the injured dolphin, they were able to save her life. Yet their fight is not over.

Winter’s surrogate mother, the very elderly dolphin Panama, has passed away, leaving Winter without the only pool mate she has ever known. However, the loss of Panama may have greater repercussions for Winter, who, according to USDA regulations, cannot be housed alone, as dolphins’ social behavior requires them to be paired with other dolphins. Time is running out to find a companion for her before the team at Clearwater loses their beloved Winter to another aquarium.

And there’s a giveaway! Use the Rafflecopter below to win a prize pack including an official Dolphin Tale 2 T-shirt and sunglasses. A winner will be chosen randomly Wednesday. CONGRATULATIONS, Mary! The prize will be coming your way soon.

a Rafflecopter giveaway
________
I received my own prize pack with a T-shirt and sunglasses from FlyBy Promotions, which is part of Propeller Consulting, in exchange for sharing about “Dolphin Tale 2,” but the movie date my family is going on tonight has been planned for a long time. If you have won the same prize on another blog, you’re not eligible for this giveaway.