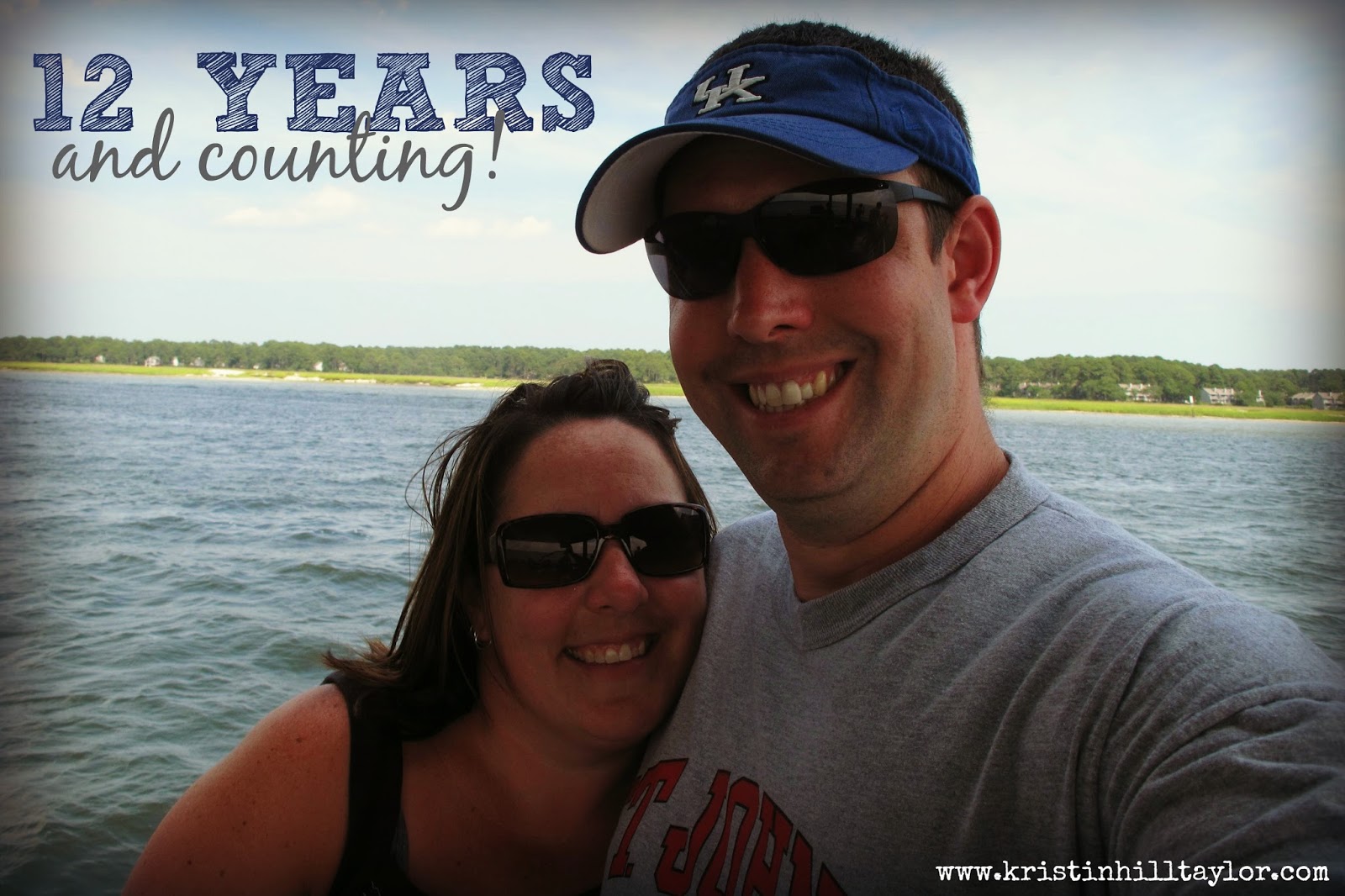 I have no idea how many times in our 12 years of marriage Greg has said, “I have an idea …”

Honestly, I haven’t always been on board with his ideas. Especially in the early years. Yet some of his ideas have been good ones.

But marriage is best when the ideas are welcomed. Some ideas won’t come to fruition. Others will fail. And still some turn out way better than expected.

It’s in the dreaming and discussing and pursuing ideas together that make a marriage. There are times I should be slower to reject his ideas I’m not so sure about.

Ideas go both ways. Greg has embraced plenty of my ideas, but, of course, not all of them. It’s a balance that can be hard to achieve. But, I’ll tell you this, I like marriage more the longer I’m in it.

If people planned for marriages like we planned for weddings, families would be better for it. People have Pinterest boards with wedding ceremony and reception ideas for who knows how long before their wedding, but do people pin advice on how to be a good husband and wife? Do people research how to love their spouse well?

Greg and I got married on the hottest day Louisville had had in five years – which I know thanks to my almanac-quoting uncle. Four friends and my sister stood next to me and Greg’s two brothers, my brother, and two of his friends stood with him. Friends played music, snapped the pictures {with a film camera!}, cooked the food, and baked the cake.

The day was smooth and simple – as far as weddings go. Nearly everyone we loved was gathered together in one room. We spent so much time talking to them at the reception that we didn’t get a chance to eat and ordered Domino’s when we got to our hotel room.

Our wedding day isn’t going to show up on any Pinterest boards or Instagram feeds, but I wouldn’t change a thing about our ceremony or reception.

But I would have spent more time preparing for marriage. I could have supported his ideas quicker, initiated less conflict over the ideas I didn’t like, and nagged less about my own ideas. Marriage, along with motherhood, has been the most sanctifying experience of my life. I’m a better person because Greg chooses to love me – and my crazy ideas.

Some years have been harder than others, but there’s nobody else I’d rather be in it with than my entrepreneur, college sweetheart husband. Here’s to our 12 years, the years to come, and more ideas than I can even count.