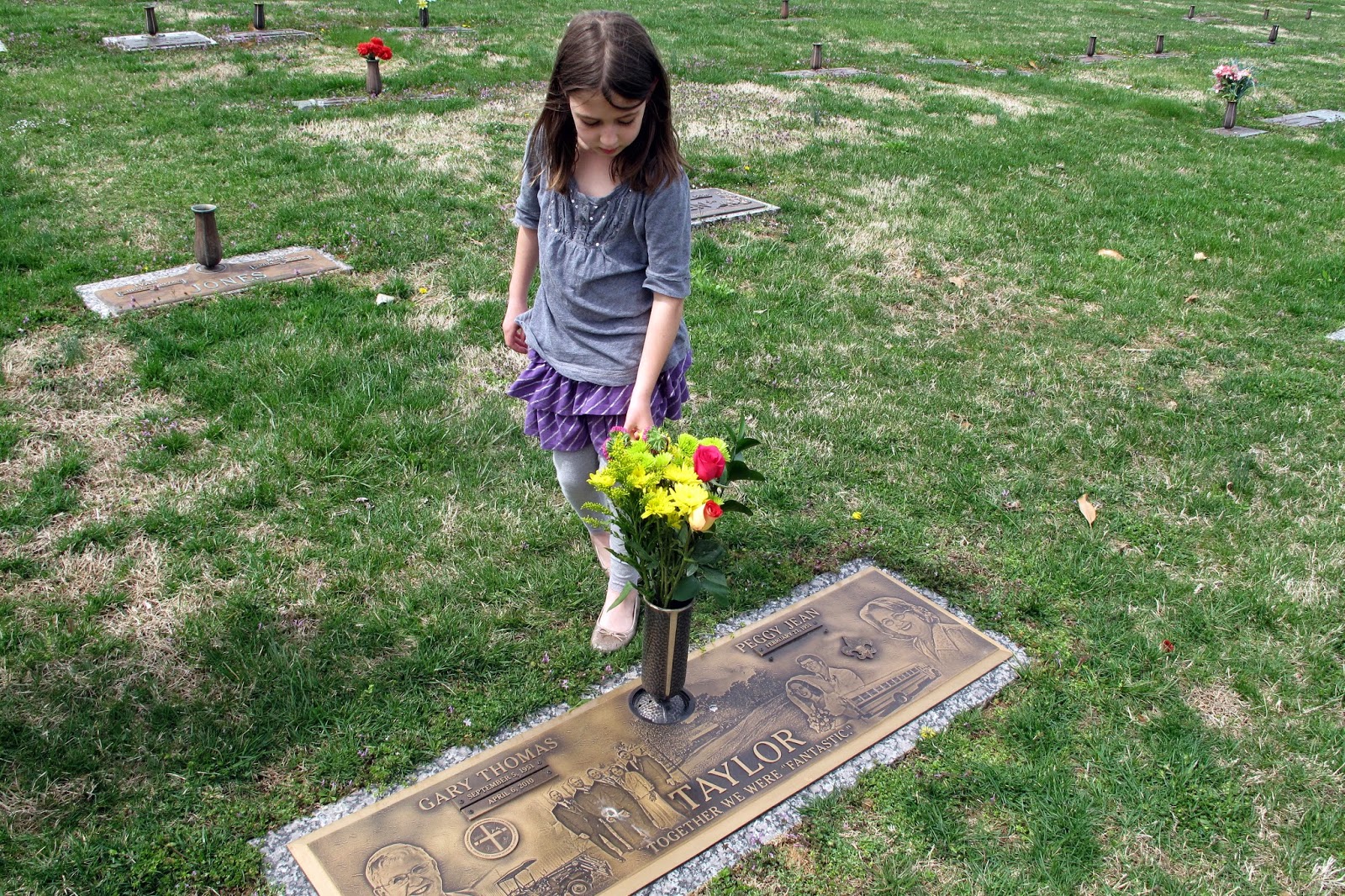 We drive by the cemetery almost every day on the way to school, but the last four years we’ve actually only stopped to gather around the headstone on April 6. {2011. 2012. 2013.}

It’s been four years since my father-in-law died unexpectedly. He was 58 and had very few health problems. He was involved and engaged in all sorts of community organizations. While his death left a gaping hole in the Taylor family, it has also taught us about living.

Gary believed in leaving a legacy and lived accordingly. He didn’t hold grudges and was generous. He fathered his three boys long after they didn’t live under his roof anymore. Those three boys who are now men and their momma, who I adore, continue to live out that legacy.

I think about Gary often, mostly how I wish my kids knew him. Cate had just less than three years with him and Ben was just 4 months old when he died. When we say “Granddaddy,” they know who we mean because we tell them stories. They see pictures. And they know where his body lays.

Thankfully, they also know where his soul lives.

Gary left earth four years ago yesterday, but he still teaches us. So much of Cate’s perception of heaven is that she believes her beloved Granddaddy is there. With Jesus. Now Ben is learning that too.

“Reality isn’t restricted by the limits of our ability to understand. … And heaven is real even if we have a hard time envisioning it. But there’s good news — God has told us enough that we can begin to do just that. … We do have the necessary earthly reference points to gain a significant — though incomplete — understanding of heaven.”

{From “In Light of Eternity” by Randy Alcorn}

Heaven goes far beyond Granddaddy, but I can’t help but to be grateful for the lessons of living and dying that he continues teaching us from his eternal home. His death has given our family perspective. We gather at the cemetery each year because it’s a good visual for the kids and prompts reminiscing, but we know it’s only his earthly body there. His soul that loves Jesus is alive and well.