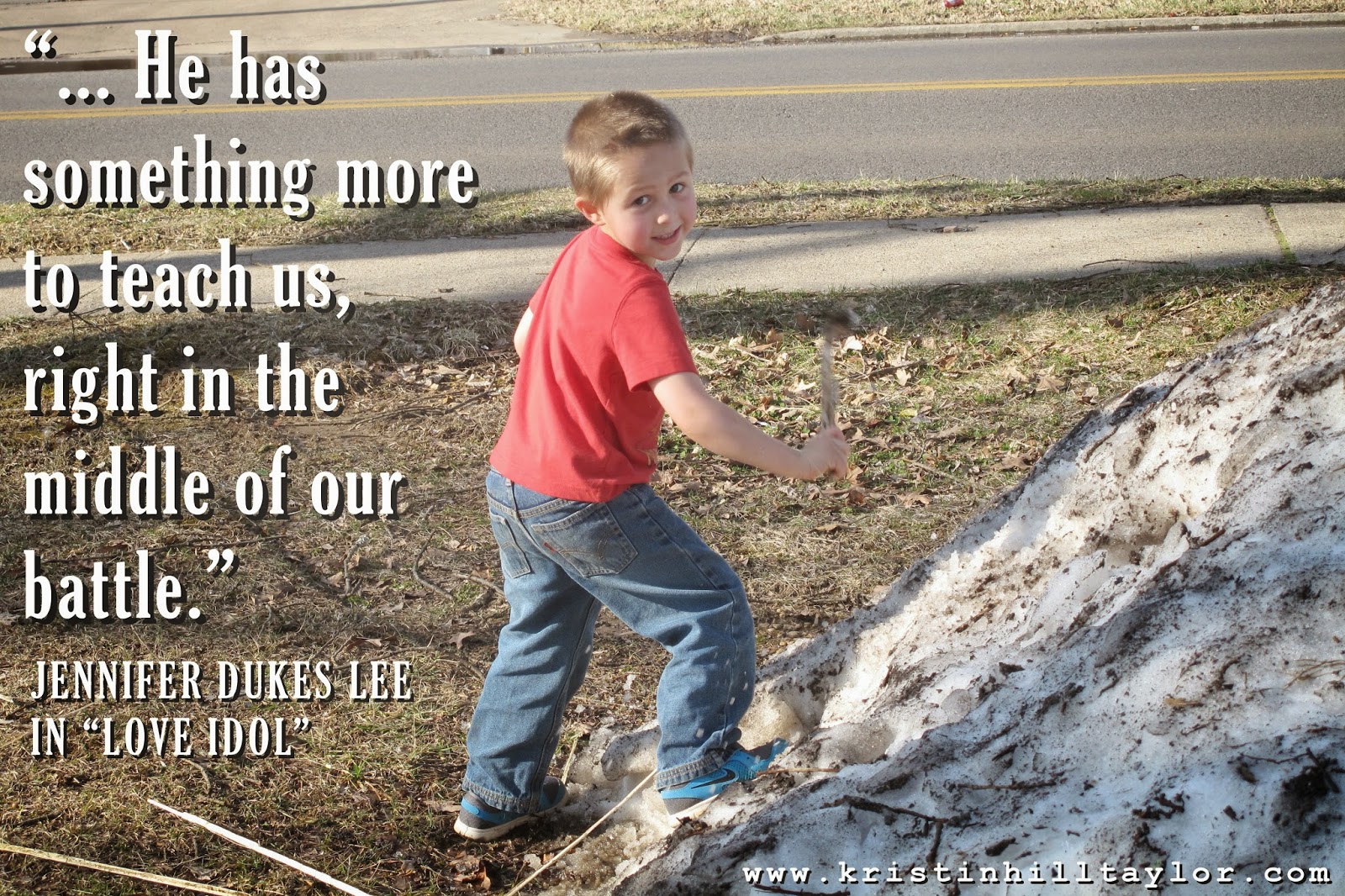 There was the first week of March that was a snow week around here. Five snow days. In a row. {I already told you about that week.}

And then the next week of March was nuts.

It started with me having a vicious but thankfully short stomach bug while we were out of town and then my husband getting it a few days later. My friend Holly was visiting. There was my physical therapy appointment, the related follow-up appointment with the orthopedic, and Ben’s ENT check up. Normal school carpool resumed. My mom, my sister and 3-month-old nephew visited one afternoon, which happened to the warmest day we’ve had since October. In one day I had two parent-teacher conferences — one at 7:15 a.m., which meant leaving for school quite a bit earlier than usual, and another at 11:15 a.m., which meant getting home with my preschool boy later than usual. I had to organize a craft for Ben’s preschool class’s St. Patrick’s Day party, which they celebrated a few days early because Friday was his teacher’s last day before she enters her new motherhood season and she is fond of the the holiday. Plus I had signed up to bring dessert and drinks for the monthly teacher appreciation lunch. Y’all, I appreciate these teachers. They’re worth more than some peanut butter and chocolate squares {Yes, like homemade Reese’s Cups. Yes, they’re easy and you’ll want to make them.} and Diet Coke. And the school/work week ended with three families coming over to celebrate my best friend’s 36th birthday around our table.

I’m not sure you could find two completely opposite weeks. But, you know, they were both good. And in some moment of clarity as that busy one was winding down, I realized that contrast I experienced is real life. Like quick seasons, weeks are different. That’s part of the process that is life.

Sometimes the weekly seasons even collide, like when Ben found a stick in the 70-degree weather that he used to swat out the mound of snow in the Dairy Queen parking lot. He was wearing short sleeves and we had walked to our outdoor DQ, yet there was still a massive mound of snow sprinkled with asphalt that hadn’t managed to melt itself away yet.

I obviously didn’t have as much time to write or read in the latter week, but I had opportunities to share life with friends, support my kids’ school, and take care of myself. That to-do list of ideas I want to write and projects I want to tackle will still be there next week. Or even the week after that, depending on which one is less filled.

God reminded me truly living in a way that embraces the now, even the busier version of now, is better than idolizing Productivity. Ah, yes, remember that idol of mine. I’ve been reading Jennifer Dukes Lee’s “Love Idol,” often before bed at night. The house is quiet and the truths slip into my life as I’m processing my day.

“Maybe you have not always been into process. Maybe you have preferred the quick fix, the promise of three steps to a better you. Or better yet, a full-blown miracle. Poof. We’re fixed! God could do that if He wanted to, but I’m getting the idea that He has something more to teach us, right in the middle of our battle.”

Ah, yes, me too. Too often I’ve rushed the process because I’m too focused on getting wherever I’m going. But so much of my life lately has been about the process. I know God is changing me through the conversations, decisions, reactions, surprises, unmet expectations, relationships, and days. I see glimpses sometimes and other days I just believe.

While it sounds like I may have worshiped Productivity in the latter week, I didn’t feel like I did in my heart. And my heart is what God is after anyway. I welcomed the relief in my heart I’ve been feeling lately. It’s so much freer than the demands Productivity makes with its hurry and distraction and crowded ways. When I worship Productivity, I care too much about producing good works and fruit and finished projects. Then I end up failing anyway. When I worship God, I realize my faith sustains me while my stubborn will is shaped to the moment. I don’t have to produce or complete or perform to be approved in God’s eyes.

So this past week, I laid down projects and ideas and chores so I could be available … with friends and family, at the school, for my kids, to drive carpool. There was more coming and going, but I didn’t feel as distracted as I have in the past when I make myself believe laundry has to be done on Monday. It’s OK to fold it on Thursday when I finally have a chance to sit down in front of the TV. {Plus, hello, there is some good Thursday night TV these days.} I took care of some lake house management emails when I could, but not necessarily the second I saw them. I grocery shopped when my appetite returned days after the stomach bug passed, knowing bringing home take out or making scrambled eggs and cinnamon toast wouldn’t hurt anyone. 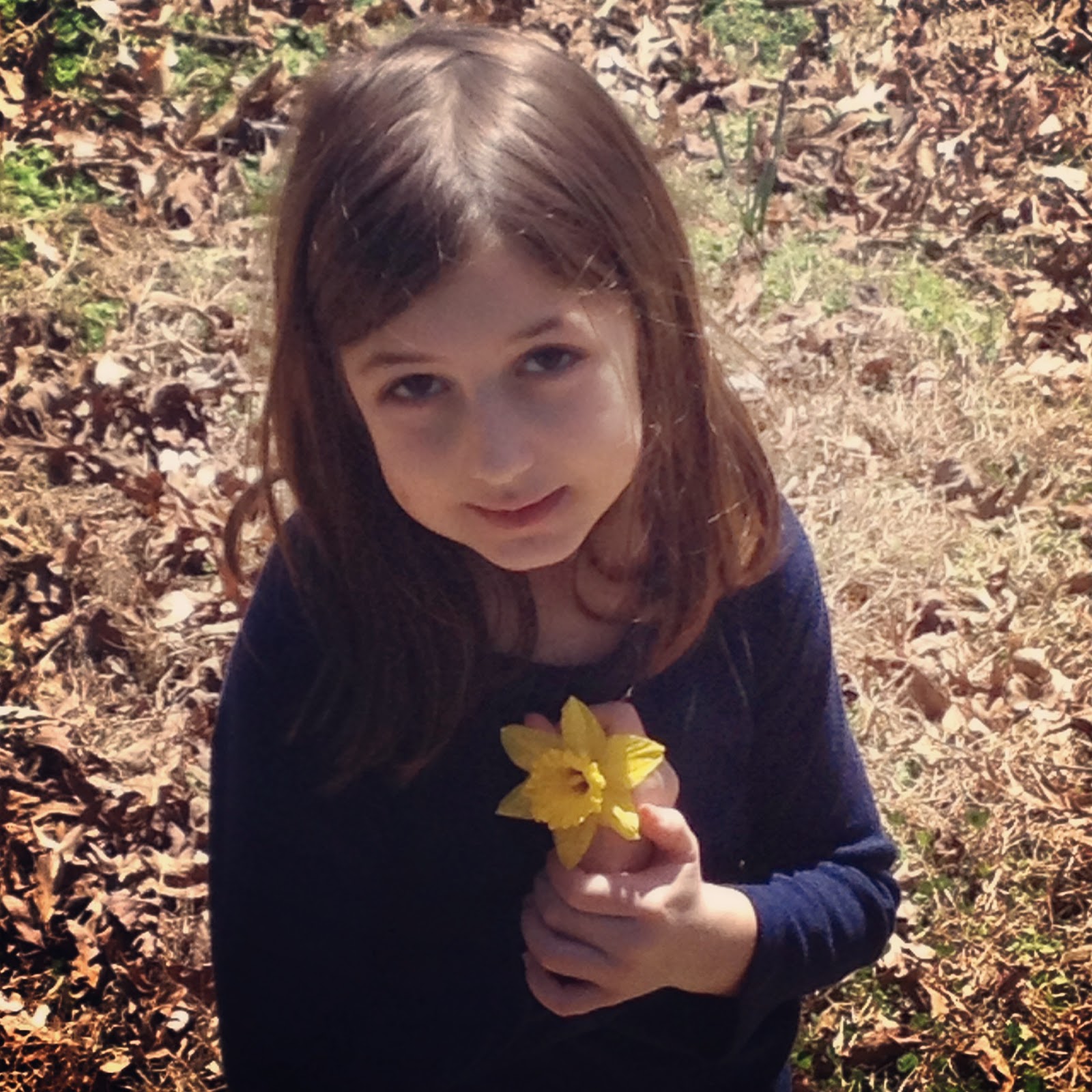 Maybe you had a busy week. Maybe this coming one doesn’t seem as crowded. Or maybe you feel like this is a hard one. Like seasons, the weeks change. In some ways, this winter feels like it’s dragging on, but I believe spring is coming. I’ve seen hints of it, like the fresh grass sprouting in my front yard and the single daffodil my girl picked on Saturday. I’ve had to remember this week and next week will probably look even different than these past two.

But God is still good. No matter the season or the week or the day.

He’s still calling me to lay down Productivity and trust him more than my to-do list. God’s got me and my days. And here at the beginning of a new week, I hope you know he’s got yours too.

________
I got an early copy of “Love Idol” for being part of the launch team, but Jennifer Dukes Lee’s message about how we’re preapproved in Christ is one my heart needs. I’m about half way through the book, but I’ve read enough and been encouraged enough already that I’m recommending you pre-order “Love Idol,” which officially releases April 1.