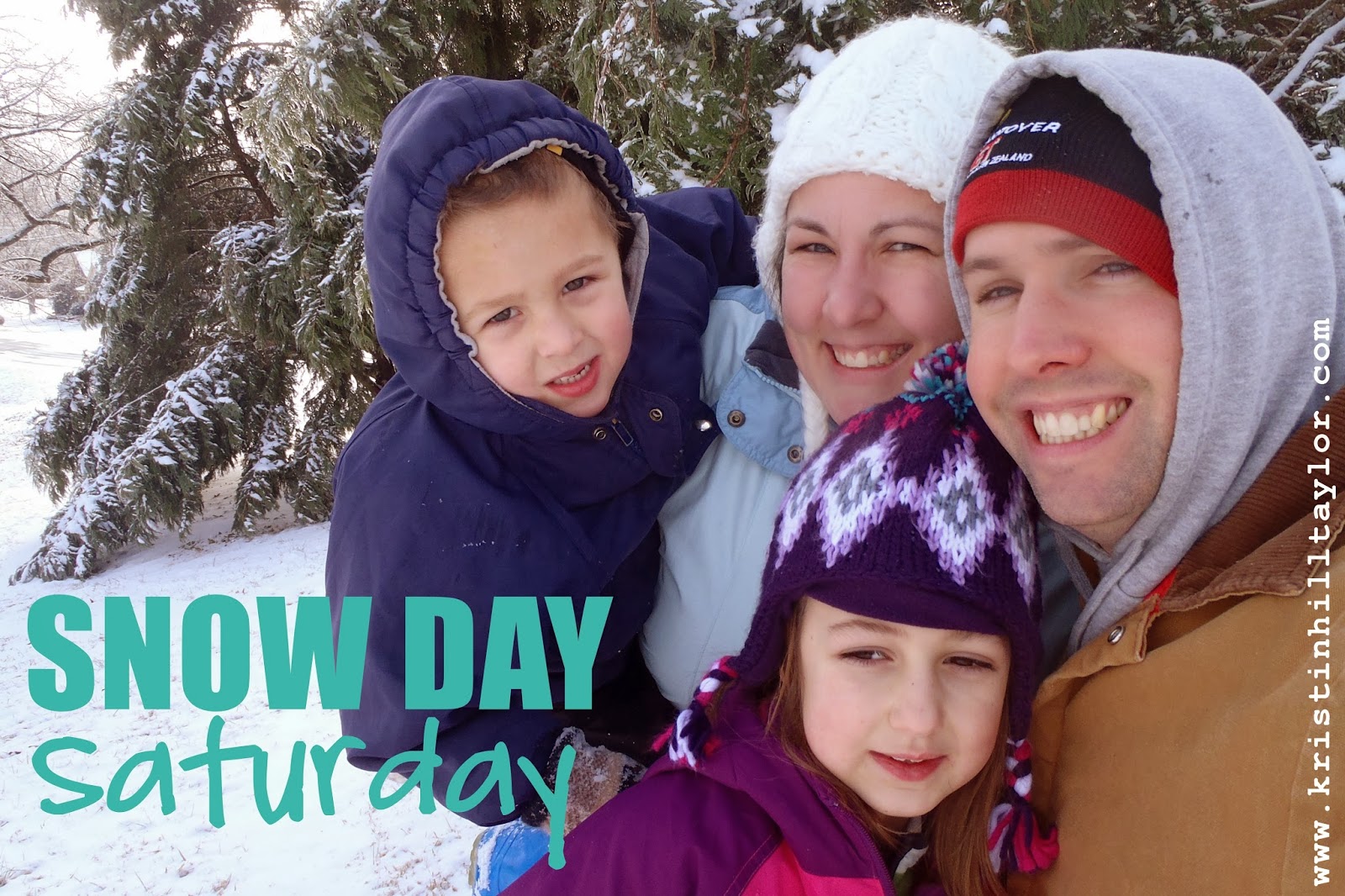 We may have had three “snow days” this week, but we actually had snow when we woke up this morning! It was just an inch or so, but it was enough to sled down the hill across the street from our house at the park, build a snowman, and make snow cream.

And that was all after we had the delicious cinnamon toast {again …} to which we’re addicted.

The morning also included some reminiscing about three years ago almost exactly {Feb. 7, 2011} when Ben was 14 months old and not walking. He didn’t love the snow then but his big sister did. Falling face first in the wet stuff did motivate Ben to take his first steps later that night.

My how time flies … 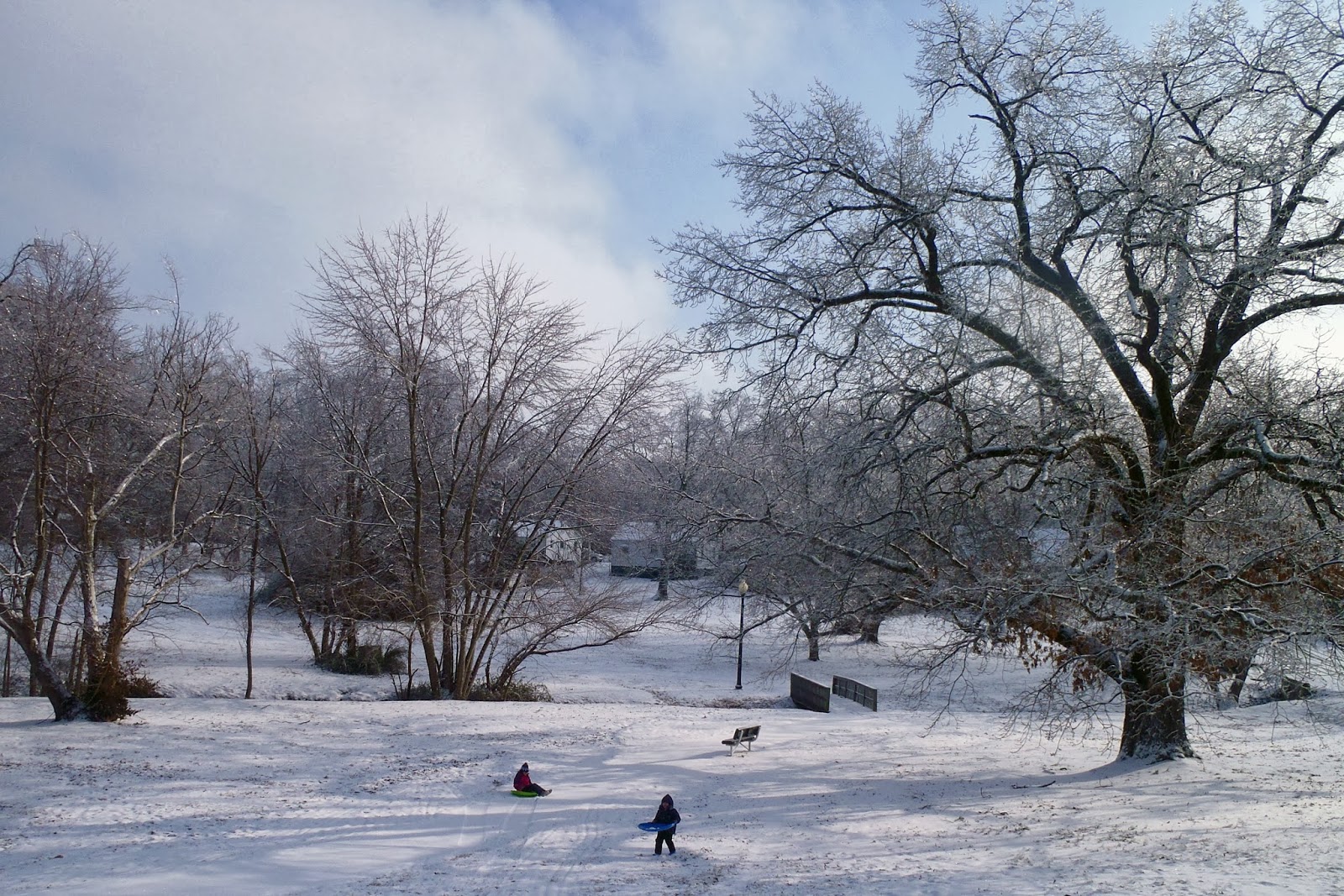 They both were loving the snow today. We were the first to make sledding tracks down the hill. Definitely a perk of living across the street from the park! 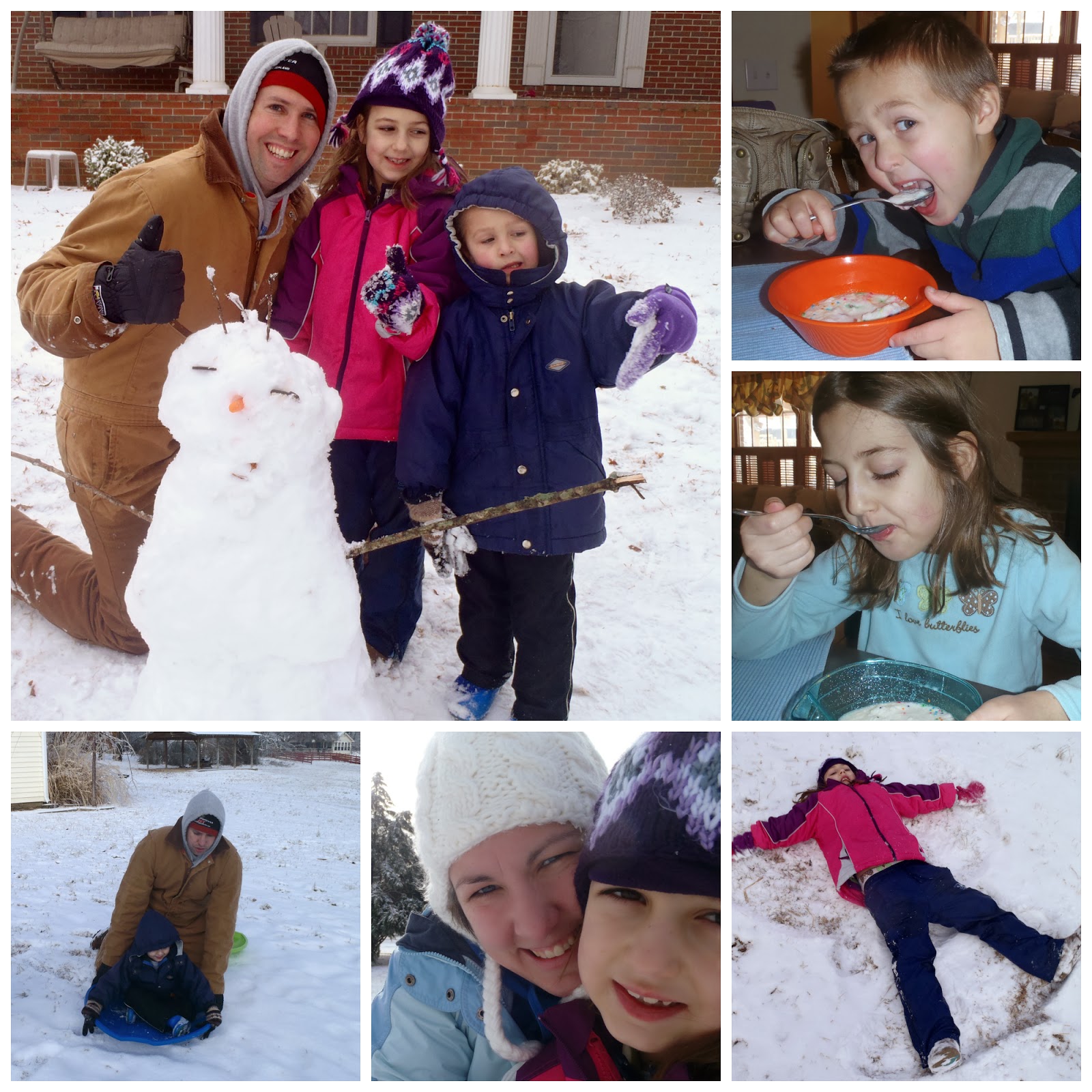 Our snow cream was good! It’s the first time I’ve ever made it. {Yes, I know, but I’m a Kentucky girl who prefers humid summers to snowy winters. But, hey, the kids have given me some inspiration to embrace seasons and adventure.}

Combine everything but the snow in a large bowl. Stir until sugar is dissolved. And then stir in snow a little at a time until the mixture is creamy.

My kids added sprinkles to the snow cream. Seemed like a perfect way to top off a snow day Saturday morning.