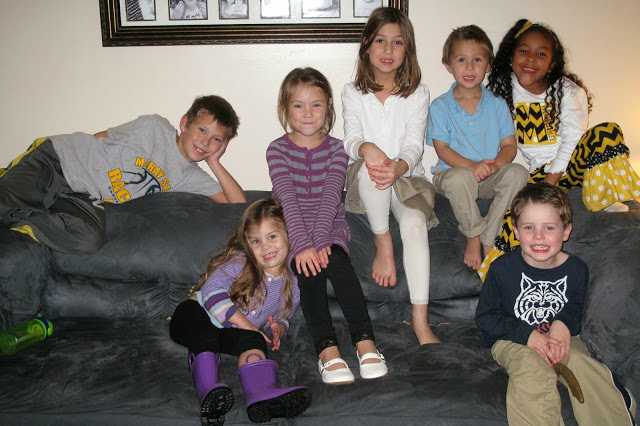 The same year my son was born our small group from church started a tradition. I’m not sure we knew it was going to be a tradition, but this group of where the kids at least equaled in number the adults gathered around a table for a Thanksgiving meal.

That was 2009. And, actually, Greg and I didn’t get to go because Ben was born on that Monday afternoon. We brought him home that Tuesday afternoon, just hours before they had our first Thanksgiving. Not only did we not go, but my friend Sarah made the green bean casserole I was supposed to bring. And then our friends brought us plates overflowing with delicious food. We weren’t at the actual table with them that first year, but we were with them and they were with us.

Four years later, we still gather around the table for a Thanksgiving meal. It happened Monday night, when I broke out my china plates for the first time. For 11 years and 3 months, that china has been sitting around, supposedly waiting for a “special occasion.” Truth be told, I was persuaded to register for the china and really wouldn’t regret had I not added it. But I have it. And I decided having it sit there was pointless.

Because everyday community is a special occasion.

We’re not technically in an official small group with these people because we scattered to build relationships with other generations in our church, but these people are our community. We’ve mourned and prayed and dreamed and hoped and planned and played and cheered and cried and laughed.

And my girl friends even washed by hand the china plates I probably would have put in the dish washer. They’re into the ordinary details like that. They’re helpful like that. We’re in this together like that.

That’s Ben sitting on top of the couch in a blue shirt. He was a day old when this group gathered around a table, literally, to give thanks for how we gather around the table, figuratively, with each other in our daily lives. He’s grown up knowing those other kids who surround him on the couch and their parents. He’s grown up in community. 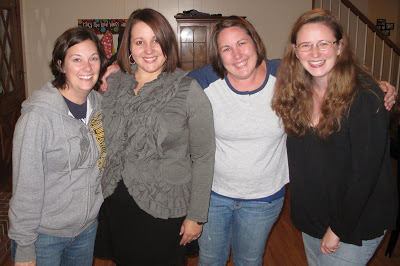 Among these four families, we have nine kids from 7 years to almost 7 months (two of them weren’t in the picture …). Yes, the adults were outnumbered last night. But we sat around the table, talking and laughing while we played a Thanksgiving-inspired version of The Game of Things. The kids laughed and played their own games in the living room. Just like us adults, the kids were excited to share life.

We jokingly talk about how Ben and Davey (sitting on the couch in the navy shirt), who are less than a month apart in age, may both be chasing after Caroline (purple rain boots), who is less than a year younger. Regardless of what happens, I’m thankful they don’t know life apart from each other. And I pray they all inspire each other to chase after God.

These are my people. This is my community.

I continue to be amazed about how God has build community up around me and my family. With these three families. And with others. Honestly, I wondered if that would happen here.

I moved back to my college town that is also my husband’s hometown when I was 23. I couldn’t imagine people my age would move into a rural college town on the edge of far western Kentucky. My dear college friend Jaclyn (in the grey sweatshirt), who stayed after she had her degree in hand, and I were thankful for each other when I moved back.

But God did more. He surprised us with community in a town I wasn’t sure would be able to offer us new friends. And that community continues to happen right here around my table.

________
I’m linking this Jen Ferguson’s Soli Deo Gloria party, where she shows true beauty this week, and Jennifer Dukes Lee’s #TellHisStory because community is one of the best parts of God’s story.