Kristen Nicole and I connected this month, thanks to adoption stories we both love sharing. She’s even written a book about her experience. I know you’ll love hearing about her journey to family as much as I have. Thanks, Kristen, for sharing your story here. And, friends, stay tuned because there is an extra special opportunity at the end of this post! 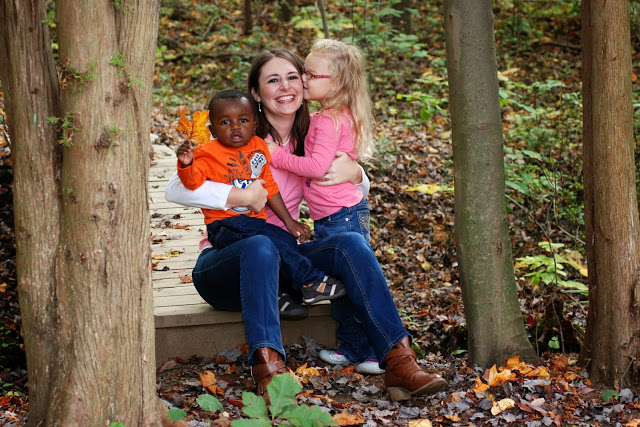 Believe it or not, adoption had always been something I had planned on as being part of my life. As a teenager, I was convinced that one day I would adopt a little boy from an orphanage in Africa. Little did I know how difficult international adoption was. This was long before I met my husband, and long before I peed on more pregnancy tests than I could count hoping for just one plus sign! I was still young and naïve about life, but I knew that I would adopt some day.

Turns out I was right, I just never realized how soon!

Fast forward six years past my teenage dreams and I was married, teaching kindergarten, and wanting very badly to be called “Mommy.” Month after month, we would get excited when I was just a few days “late,” only to be heart broken when one of those little sticks told us that we were once again not going to be parents.

This up and down heart breaking cycle went on every month for about a year and a half before we decided to go to the doctor.

Because of a family history of fertility issues, I was convinced that the doctor would tell me that I couldn’t conceive or that I would have to start fertility treatments. I was pleasantly surprised when the doctor told me that all my tests looked fine. Then it was time to test my husband. Turns out that he has azoospermia or, in laymen’s terms, zero sperm count. We were shocked and devastated.

From the moment we got married, we knew we wanted to be parents. Now we felt that dream was smashed.

Once we realized that conceiving a child together was impossible, I really started pushing for adoption. I knew we’d adopted someday and it seemed like we were being told that now was the time. My husband was a little hesitant at first, but I convinced him and we started looking into adoption. We were at first floored by the all the expenses and were so grateful when my parents agreed to help shoulder the financial burden so that we could be parents.

To make a long story short, we decided to use a law center instead of an agency. Mainly because I wanted to be a mommy and I wanted to be one right away. The law center had much faster matches than any of the agencies that we talked to.

We definitely made the right choice because just 18 days after starting our adoption journey, we were matched with a baby girl! That beautiful baby girl was born just three months later and today is an amazing 4-year-old girl. 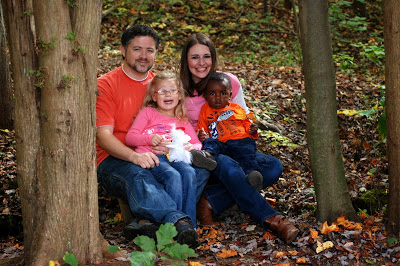 When we decided to adopt again we used the same law center. We started our second journey exactly three years after our first journey. This time we were matched in just four days! About two weeks after we were matched we found out that the baby was a boy. He was also due on our daughter’s birthday! We just knew this was meant to be. Three months later, our precious little boy was born. He was born exactly one week before our daughter’s third birthday. He is now 16 months and a big “momma’s boy.”

As a teenager, I had always pictured my life as getting married, getting pregnant, and then adopting internationally. Well, I did get married to an amazing man. However, I will never be pregnant. Although that used to be a hard pill to swallow, I know now I would have never adopted so soon or gotten the chance to be Mommy to my two amazing kids if life hadn’t take the turn it did. Life never turns out the way you plan; sometimes it turns out better than you could ever imagine! 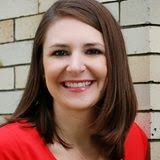 Since she brought her children home, Kristen Nicole has written a book called “Our Road to Family,” documenting her journey. Kristen is a kindergarten teacher and resides in Pennsylvania with her husband, two beautiful children, a dog, a cat, and 10 glow-in-the-dark fish. You can follow her on Twitter and keep up with news about her book on Facebook.

Here’s the official description of her book:

“My husband and I are adopting. Does anyone know what that means?” There was more than one answer to that question for Kristen and Dan, and this remarkable story takes you through their adoption journey from beginning to end. From fertility issues to two successful adoptions, Kristen eloquently sheds new light on each step of the adoption process. With an inviting and friendly style of prose, she guides readers through the heartache of having to let a child go and onto the joy of holding her child for the very first time. An honest portrayal of a different road to parenthood, this story affirms the real blessing that adoption can be.

And Kristen is kindly giving one of you a paperback copy of her book that released last month. To participate, use the Rafflecopter below. A winner will be announced Saturday, Nov. 30 as we close out National Adoption Month. (UPDATED: Congratulations, Jessie Voiers! You win a copy of Kristen’s “Our Road to Family: An Adoption Story.” I sent you an email with details.

________
This is the 12th post in this month’s adoption series. You can find them all here, as they are published throughout the month.