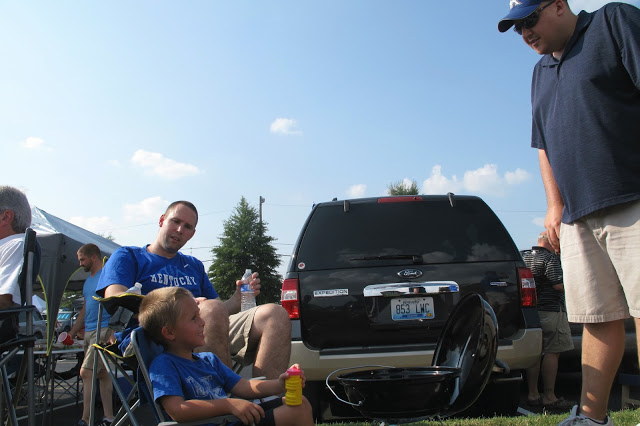 It may have been a humid 94 degrees in Nashville on Saturday, but we tailgated anyway. My husband was particularly excited to ring in the new football season watching one of our teams. {And, for the record, it wasn’t the hottest opening to football season we’ve experienced.}

Doesn’t my boy look like he’s meant to tailgate? And, really, he was. Even though he had no idea what tailgating meant going into the afternoon. He’s good at the social part. And was totally interested in the charcoal grilling part. But, truthfully, he doesn’t like to stay in one space, so he was all over our small staked out area surrounded by other friendly UK fans. 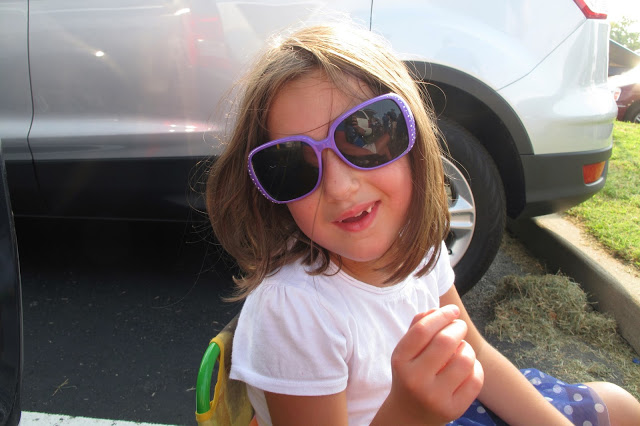 Doesn’t she look cute? She picked out that skirt because she said it was the only UK blue thing she had to wear. She and I may have talked about how hot and sweaty we were, but we had a good time anyway. 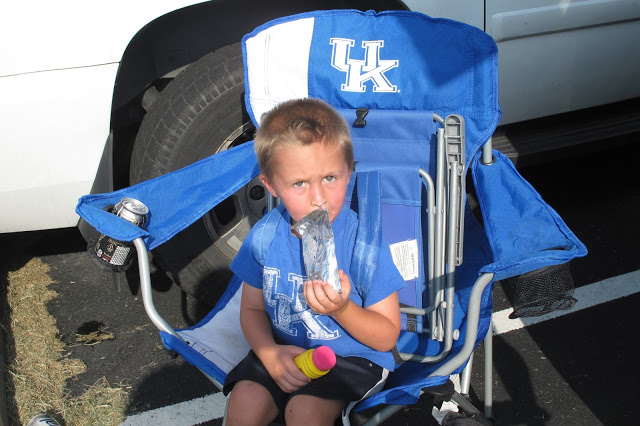 Yes, another picture of him sitting. But, really, I think you understand that wasn’t the case for the couple hours we tailgated and the three-plus hours we were in our stadium seats. But, hey, he’s cute. And look at how prepared he is? A chair strapped to his back, a Capri Sun, and some bubbles. 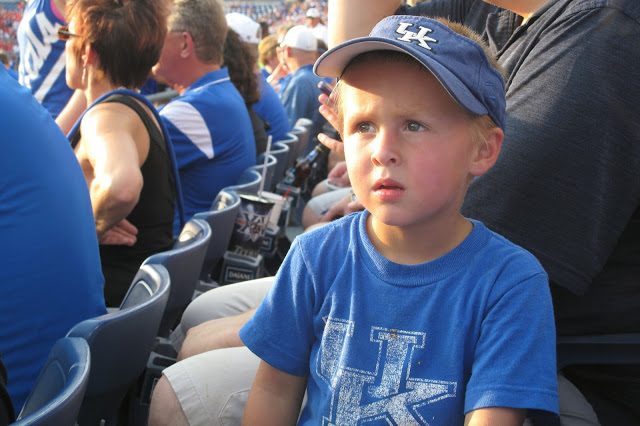 Speaking of being cute, a college-aged girl told Ben about five times in 2 seconds as we were walking to our seats how cute he was. He grinned and nodded. And I realized that we’re in trouble. We may be raising a heartbreaker, even if he doesn’t mean it. 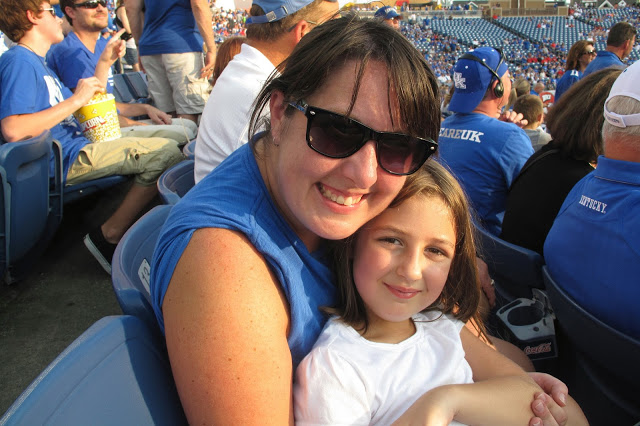 On the heels of a hard week in our house, we enjoyed the chance to get away for the second weekend in a row to watch a team we like play. I explained roughing the passer to my girl when UK was penalized for supposedly doing just that and she said, “It’s football. He’s supposed to be rough.” We discussed how the UK band played some of the same pep songs the Murray State band we hear more often likes to play. I gave her a crash course on how football is scored. And she discussed the cheerleaders outfits.

Yes, we were hot and sweaty. Yes, Ben felt a little confined. Yes, watching sports of any kind with kids prompts lots of questions. Yes, our team lost. But we had fun anyway.

I’m linking up these pictures from our weekend with Crystal Stine’s Behind the Scenes, where there is encouragement to tell the real story behind a photo. And, yes, I’m obviously including more than one photo with this story.