We played mini golf a couple times this month. And my son asks regularly when we’re going again. This summer isn’t the first time they’ve played, but they’re both get it now. Whether we have an actual golfer on our hands remains to be seen, but, hey, it’s fun.

And, really, when we played last weekend I kept thinking about how life is much like mini golf … 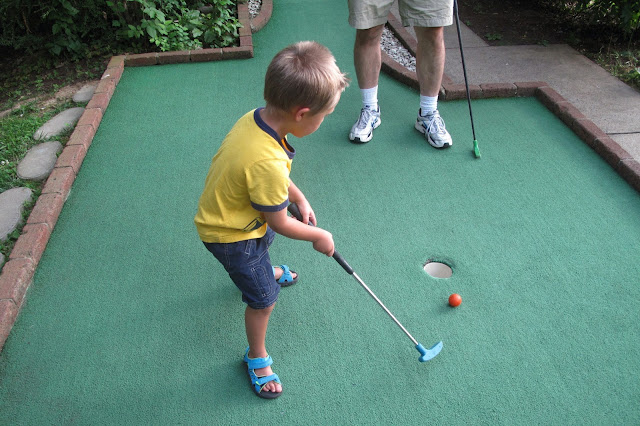 Ben plays mini golf a little like he would probably play hockey. Of course, I don’t actually know how to play hockey, but the way he swings the putter while the ball is still moving makes me think he could probably lace up some ice skates and do the same. Not now and not here, of course, because it’s been holding steady at a humid 90-something degrees.

But, you know, that’s life. You’ve got the solve the problem {move the ball toward the hole, in this case} in the most efficient way using the skills you have. 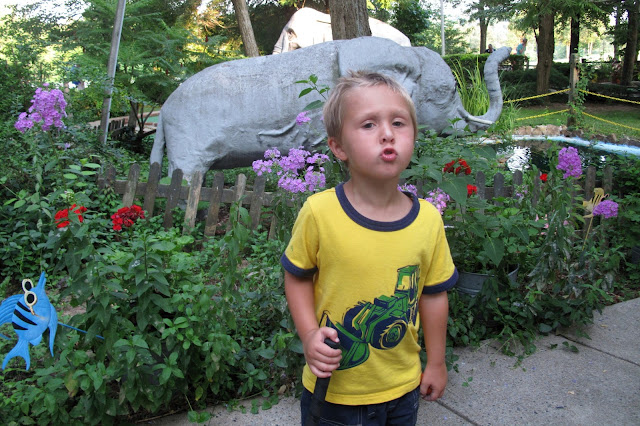 Sometimes you’ve just got the speak the language those around you understand. Do you think those large, paper mache elephants understood Ben wanted to join their tribe? 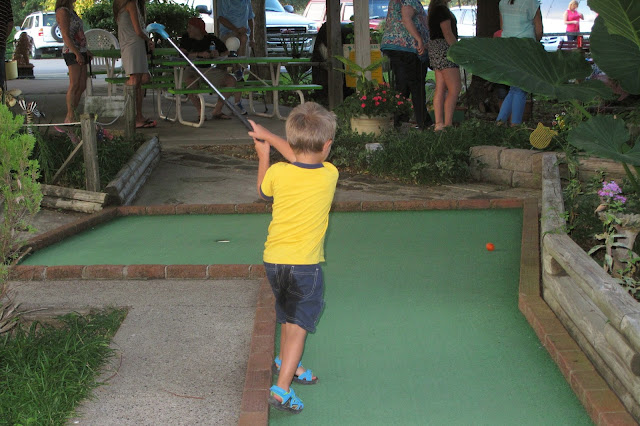 Clearly, Ben doesn’t know the difference between a driver and a putter. I barely do. But, like in life, a big swing is sometimes necessary. You know, like they say in baseball, swing for the fences, kid. 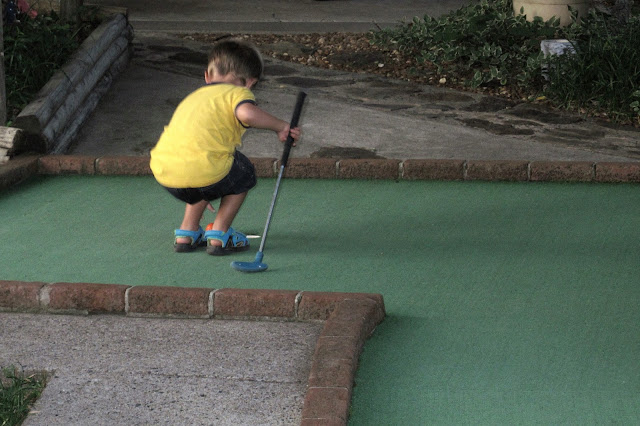 And sometimes your first methods don’t work out. He hit it on the move. He swung a big swing. And a few times he ended up just picking up the ball and moving it closer to the hole. Like I hope is the case in his life, he didn’t lose focus of the mission. 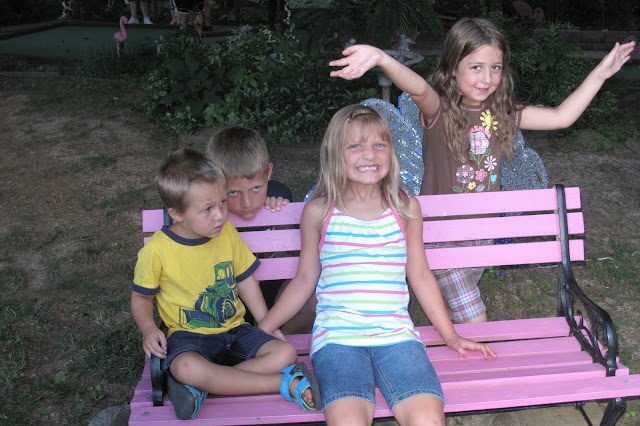 And sometimes in life there are no words, just dramatic emotions and a little hand holding between friends. Even so, friends make a game of mini golf more fun, much like life away from the putting greens.