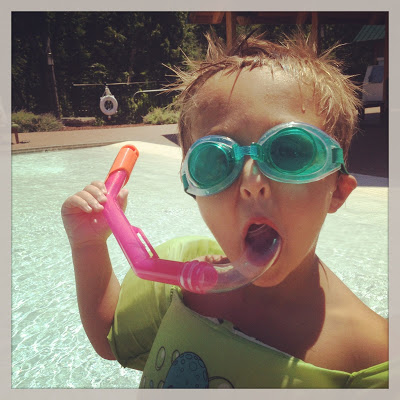 Last week I didn’t have a single appointment or play date or lunch on my calendar at the beginning of the week. Really, it’s the first week of summer that’s been that free. I loved it.

Yes, I had a to-do list of freelance articles to be written, computer tasks related to managing vacation rentals, and other things I didn’t want to forget to do. We ended up swimming with friends, lunching with friends, working, cleaning, and playing. But I didn’t have to do anything at a certain time.

Well, until I dropped off my kids at a friend’s church for Vacation Bible School from 5-8 p.m. EVERY evening. They were fed dinner, taught new songs, heard Bible stories, and totally entertained.

So my husband and I had four dates last week. We ate a homecooked meal while watching “Mad Men” the first evening. We went out to dinner the next night. Then a couple I didn’t know sat around our table for dinner around our table one evening as we talked adoption, diabetes and homemade Reese’s dessert. On Thursday, Greg had a meeting so I got food from a drive-thru, scrapbooked some of Christmas 2011 and then got a pedicure. {I’m telling you, you can do quite a bit with three hours without kids when you’re used to having a couple small helpers.} And then Friday night was double date night with our good friends Andy and Courtney, whose kids had been invited to VBS by my kids one night and ended up going the rest of the week. 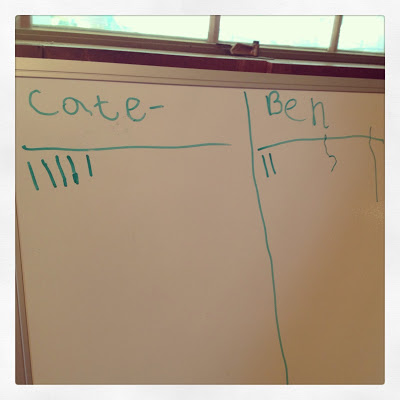 And, hey, moms, I had a stroke of genius that lasted HOURS. I asked my kids if they wanted to see who could get the most jobs around the house done. So they fell for it. They put away clothes, sorted dirty laundry, carried toys and coloring books back to their places, and washed a couple windows and the front door. And Cate created a scoreboard, of course. The biggest surprise was that it even continued into the next day, when Cate asked if she could get points for doing such-and-such around the house. “Ben should get a point for napping,” Cate suggested. Yes, yes, he should because I think that’s the only day he napped. Yep. We’re in that phase. 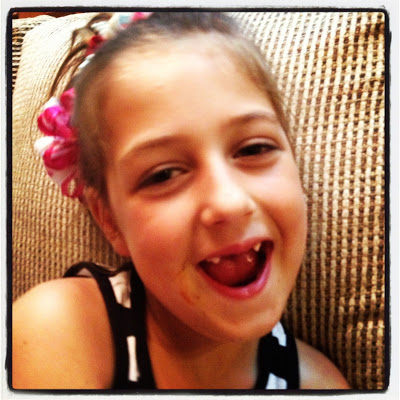 Oh and Cate lost her eighth tooth. She’s 6 people. Only two months into being 6. She lost #7 and #8 less than a week apart. I didn’t even realize the last two were loose enough to come out. Apparently she’s a tooth-wiggling pro. 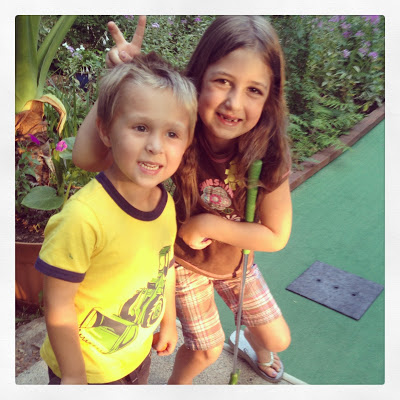 Our weekend included a baby shower for us girls while Greg drove Ben around to his childhood fishing hole and other places on his reminiscing journey and then an impromptu drive around Kentucky Lake, where Greg showed me some bays and camps I’d never seen. We also happened upon a playground with a nice view of the lake and dreamed of future plans, trips and ideas. We played mini golf with friends — an outing you’ll see more about because I have a blog post on that brewing my mind! We were rained out of a swimming party, but we ate pizza and played skee ball instead. And last night I managed to turn in the remaining four freelance articles I’d gradually been working on throughout the week.

Then there is this week. And, really, I love it too. Cate is at a robotics camp at Murray State. Ben is at VBS at our church. We have appointments to get our fingerprints taken for our adoption home study, which we’re well on our way to updating for an agency that has piqued our interest. Of course, the fingerprints have to be taken at a location 45 minutes away, so we’re going to make a mini road trip out of it. And I have some vacation rental responsibilities with renters coming and going. And I’m sure that’s not all. I did knock out multiple errands while the kids were occupied at their respective VBS/camp this morning, so now we’re going swimming.

So, there. An recap of sorts. I just didn’t want you think I’d totally disappeared. I’m trying to get summer to slow down, but I’m failing miserably. Even so, it’s been fun. And we still have month left. In case you didn’t catch on, I really love summer.

What have you been up to?