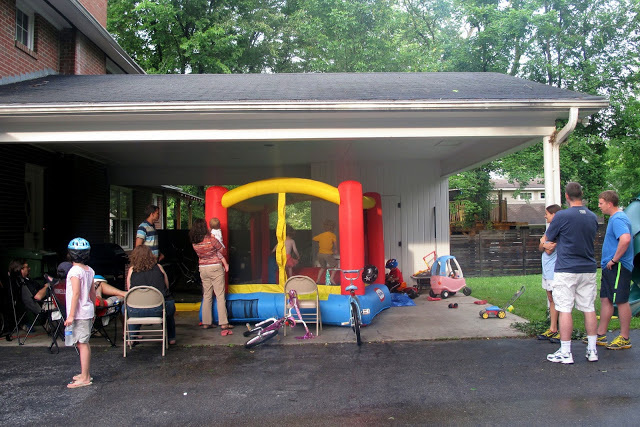 My first experience with community was growing up in a horseshoe-shaped subdivision where us kids rode our bikes and played flashlight tag. One winter Elizabeth and I walked diagonally through the neighbor’s yard, going back and forth to each other’s house, that when spring came we realized we’d killed a strip of grass. We kept games of Monopoly going for days on my brown bedroom carpet. Then when I was in fifth grade a new girl moved in next door to me and we haven’t stopped talking since, although our conversations have since been interrupted by distance, marriage and motherhood. Katie and I knew how many steps it was from her front door to mine.

On the other side of Mockingbird Valley subdivision were Rob and Phil who found their way onto our street and into our lives. My brother, sister and I were recently reminiscing about two neighborhood brothers who taught us secret codes to Super Mario Bros. in the short time they were around. Up our street was the family who had a pet pig. They wanted me to babysit, but that wasn’t really my thing. There were kids younger than me on the other side of our house and more kids along the horseshoe-shaped roads who joined us on the bus to school.

I wouldn’t have labeled it community. And I certainly didn’t realize at the time the impact that neighborhood life would have on my perspective so many years later now that I’m raising kids who are learning to ride bikes and strike up conversations with kids down the street.

I have a community of friends here in my small town that I wouldn’t trade for a beach house or big-city living. But I still have been wanting to know my neighbors. So I invited them over for a party.

There were almost two entire days of rain leading up to the party, so I wasn’t sure who would come and what exactly we’d do at a party that was planned for outside. Truth is, I wasn’t sure who was coming anyway because a couple weeks ago we delivered flyers, leaving most for families to see when they returned home.

We set up a jumpy house in our carport. I mixed up some pasta salad and baked brownies {from a box with some added cream cheese, sugar, vanilla and an egg to make them “cheesecake brownies …}. We had cokes in the cooler. Ready for party, I suppose. 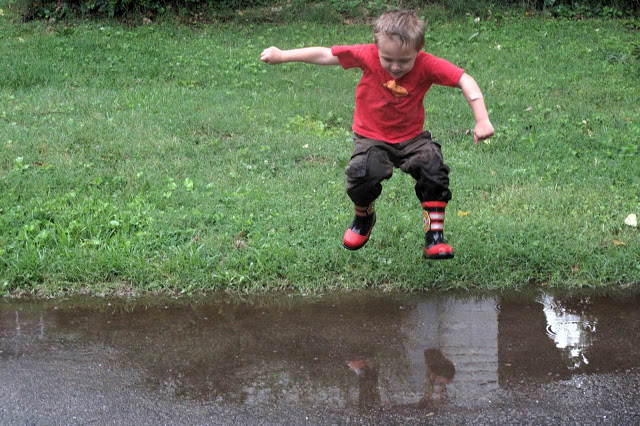 And then the rain stopped. And six families gradually came. There were 14 adults and 13 kids congregated in our driveway. Kids jumped in the bouncy house and in the puddles. They rode bikes and told stories. We all ate hot dogs. We swamped stories and phone numbers. I reminisced about my childhood days in Mockingbird Valley subdivision, even texted Katie before the party started and told her I wish she was still my neighbor, and ended the day thankful I invited our neighbors into our yard and around our table. People left talking about how we should do it again, and I couldn’t agree more.