As part of an encouraging God-sized dreamers’ group, Gindi and I connected over our infertility stories. Our stories have so many shared emotions. We became mommas in different ways, but we can relate to each other’s journey. I’m happy to have Gindi sharing her story here today while I share mine over at her blog. 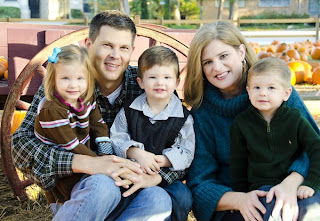 I’m a dreamer. It’s actually how I met Kristin. We’re dreaming God-sized dreams together. But the only vivid dream I had from childhood that I carried with me into adulthood was becoming a mother. Growing up, I told my mom I wanted to have 12 kids. I babysat, ran church nurseries, worked as a nanny in high school and college, and taught Sunday School to two year olds after I became a lawyer.

I love children. When Bray and I married, we had six nieces and nephews which I spoiled and adored. We both knew we wanted children and started trying nearly immediately. When we didn’t get pregnant after months of trying, we decided to get everything checked out. That led to us receiving the news that we would likely never conceive on our own before we’d even celebrated our one-year wedding anniversary.

I know disappointment. Taking temperatures and charting cycles. We did that for a while. We moved to IUIs because we weren’t comfortable with the invasive nature of IVF. We did three rounds. Every month those negative pregnancy tests nearly killed me. I stopped going to baby showers because I couldn’t smile. I had to skip church Sundays if there were baptisms because I couldn’t stop crying.

I know the longer the battle goes on the harder it is to believe that you could have children. I know it’s hard to pray brave prayers. I know it’s hard to believe that God could work a miracle. I actually questioned my faith and God’s love during our multi-year battle. And I’m the daughter and granddaughter of a minister. But if I wasn’t designed to be a mom, then who was I?

Toward the end, my friends had to pray brave prayers. People prayed brave bold miracle asking prayers for us when I was out of faith. When I was skeptical. When I was too scared to hope anymore. I truly went into this “last chance” believing we wouldn’t have kids, yet hoping against all odds that I was wrong.

Do you know one of the miracles revealed? Two years after trying, I decided to stop. I had a great marriage and I didn’t want the treatments to consume who we were. But Bray encouraged me to have one other investigative procedure that was a little more invasive in that I had to be put to sleep for my doctor to make sure he had actually caught all the complications we were having.

During this minimally invasive procedure, they found a tumor in my uterus. They had to call Bray and get permission to cut me open and get it out. The tumor was benign but growing. And had I become pregnant during those two years, the hormones would have fed it, causing it to grow and crush any baby that was growing. The Lord had his hand over me and kept us from getting pregnant so we didn’t suffer miscarriages.

You cannot see His hand in the middle of the fight. But His hand is there.

One year later we had triplets. They are 3. They are my whole heart. They are my biggest blessing. And a daily reminder of God still doing modern day miracles. They. Are. Miracles.

I have no idea what will happen if you are struggling with having children of your own. That’s what I love about connecting to Kristin. We are living proof that God works His plan in different ways for different people. God opened up adoptions for her family. A fellow dreamer of ours now sees her books and mentees as her children because her infertility struggle had a totally different ending.

But I know this. He is there. His hand is in this. Whatever your “this” is. Hang in there. And keep the faith. 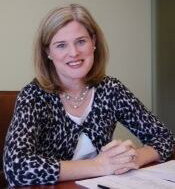 Gindi Eckel Vincent is a full-time attorney for a global energy company and a part-time speaker and writer, particularly for working moms. She lives in Houston, Texas with her husband and precocious 3-year-old triplets. She blogs daily at www.gindivincent.com and her first book on leadership, “Learning to Lead,” releases Aug. 1.