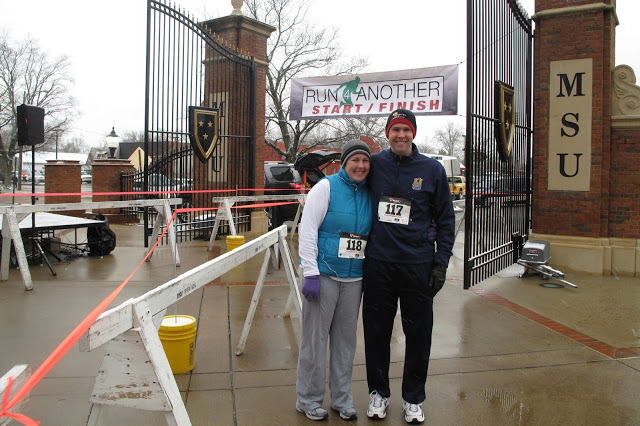 In January, my competitive nature got the best of me. Greg said he was going to run a 5K, so I decided I would too. It should be noted here, I don’t really like running. But since the beginning of the year, I’ve been running regularly. Our family’s Saturday runs have been my favorite. I’d been running 2 miles pretty consistently for the past few weeks, but I hadn’t gotten beyond that. 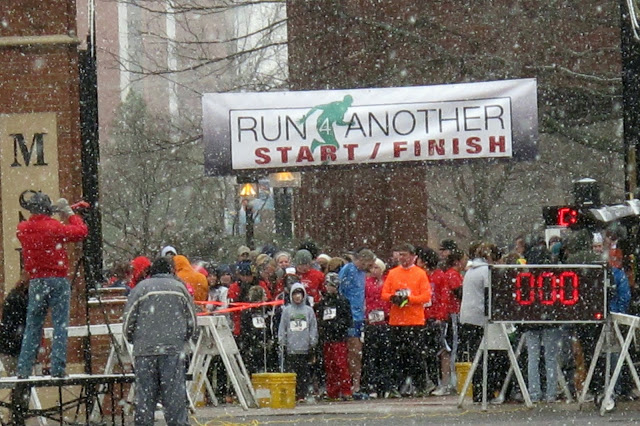 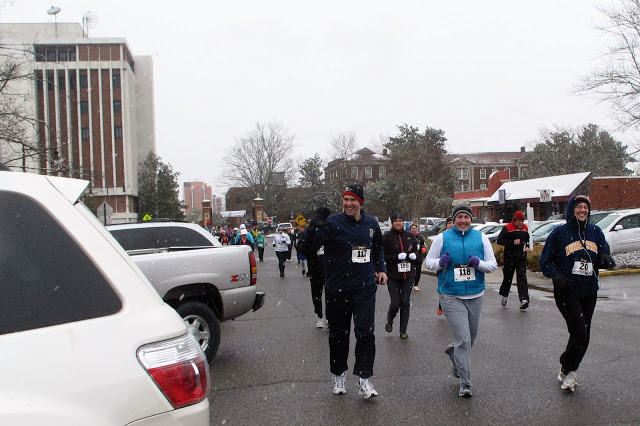 We’re off. We’re smiling because this is just the beginning. That’s my friend Emily to my right. Y’all, I was so grateful for her. I was nervous about setting a pace. Greg said he’d run the first part with me, but then was going to go faster. He stayed with us for the first 3/4 mile or so. Emily ran a pace slightly faster than I had been running but was consistent, which kept me from jetting off too fast with the mob mentality of the real runners in front of me. 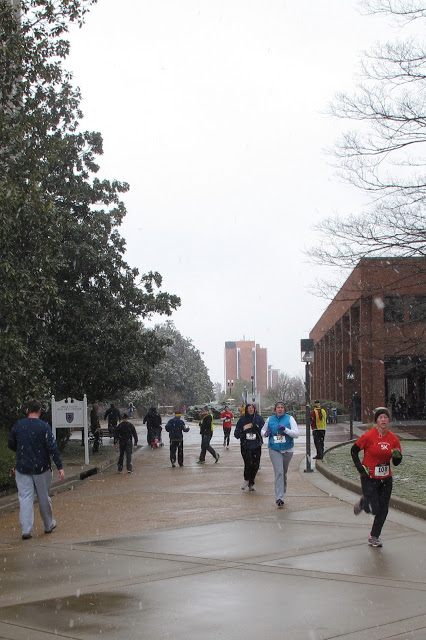 We did it! While going up a hill right before the last stretch to the finish line Emily reminded me the best part of running is finishing. She’s so right. I don’t love running, but there was such a satisfactory feeling of accomplishment to run that last stretch, finishing something I started that doesn’t come easy for me.

I finished in 34:24.9. Greg had told his mom, who was sitting in the car with our kids while we ran, that he’d finish in about 30 minutes and I’d probably take about 40 minutes. I was so glad to beat his estimate. I’d running 2 miles in about 24 minutes, so I was thrilled to finish the way I did, especially because snow was coming down the entire race. 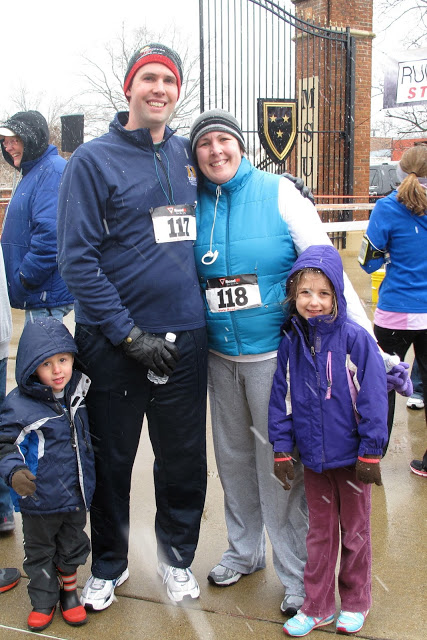 Such sweet faces were awaiting me at the finish line.

On a medical note, I usually take my insulin pump off just before I start running. But I took it off about 30 minutes before today, thinking I was running farther and my blood sugar was at a good level when I woke up this morning. {Exercise naturally lowers blood sugar levels.} After the race, my blood sugar was high and got even higher in the afternoon. Not sure what that’s about.

Regardless, a couple people told me on Facebook that running is addictive. I’m not sure I’d go that far, at least not yet, but I am planning to run a second 5K in May. I’m assuming it won’t be snowing then.

I recently read this suspense novel by @sandiejone