Two years ago I wrote a five-part series about how January changed me. Big things have happened in Januarys past and I want to share them again this year as a reminder that God moves. He works when we don’t realize how things will come together.

It was an ordinary Wednesday morning. I was sleeping later than I can imagine now as a mother of two because it was my day off. As an editorial assistant at The Associated Press who took sports scores, wrote some stories and answered the phone, I worked 4 p.m. to midnight with Wednesdays and Sundays off.

We had known each other four years and had dated the majority of that time, which began the second semester of my college freshman year. We chatted for a few minutes before he said something was supposed to be delivered to my apartment and I should check to see if it was there. 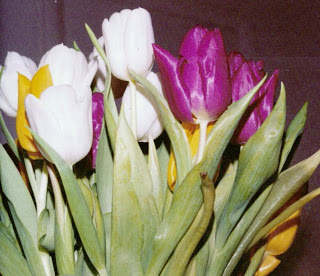 _______
This is the third in a five-part series about how various events in January changed my life. Want more? Subscribe to get “Insights” in your inbox. Or follow me on Twitter.