I think of sheep.

I’ve been to New Zealand, where there are almost 10 times as many sheep as people. {Source.} I know sheep aren’t limited to Scotland. But, still, I think about rolling pastures with some rocky cliffs. And sheep.

Then I think about plaid and castles and the fact my grandpa is half Scottish.

So when Cate’s school needed volunteers to create booths for its annual Reformation Day celebration, I decided to have a pasture scene in a photo booth where the kids, who were decked out in cute Scottish costumes, could have their pictures taken. And then I decided to dress my boy up like a sheep too. You know, for continuity sake.

Funny thing is, Cate wore the same costume, which is borrowed from a neighbor, when she was 2. We had been to New Zealand a couple months before and I supposed she still had sheep on her mind.

Back to Reformation Day. A quick explanation, which I needed myself a couple months ago: In late October, some protestant churches and groups celebrate Reformation Day. At New Covenant Christian Academy, specifically, each year the school has celebrated a different Reformation leader. This year was John Knox, who was a reformer in Scotland in the 1500s.

The event was full of creative ways to help teach the kids about church history while they had a fun break from the classroom. I’m thankful for this school and its hands-on learning that is built on a biblical foundation.

Now on the photo booth. I used fabric I found at Wal-mart as my grassy backdrop, which was attached to a wooden frame a friend built me. I converted a ride-on toy zebra into a sheep, borrowed some stuffed sheep from my girl’s stuffed animal collection, borrowed some rocks from a friend’s fire pit and bought a hay bale.It worked out well … 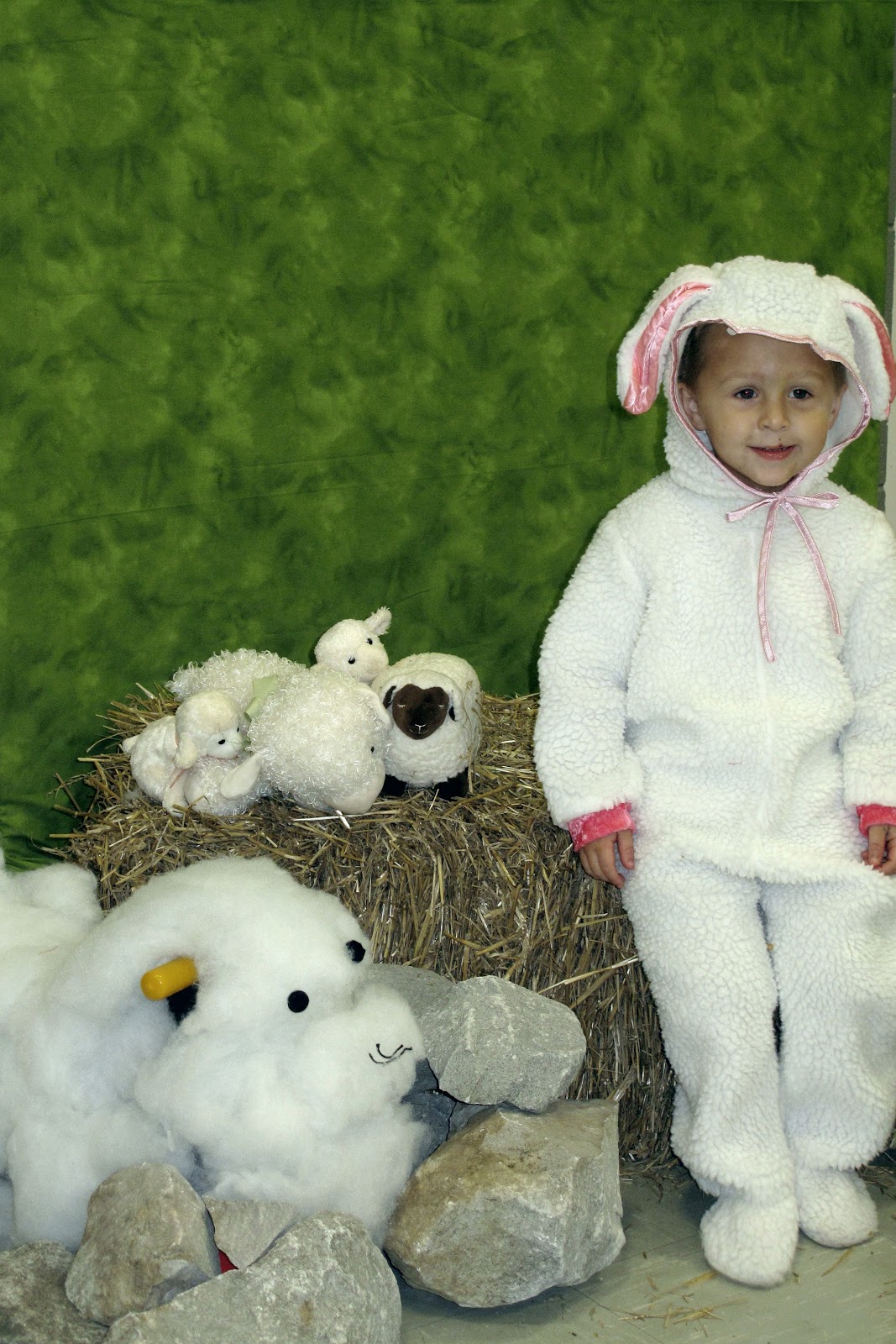 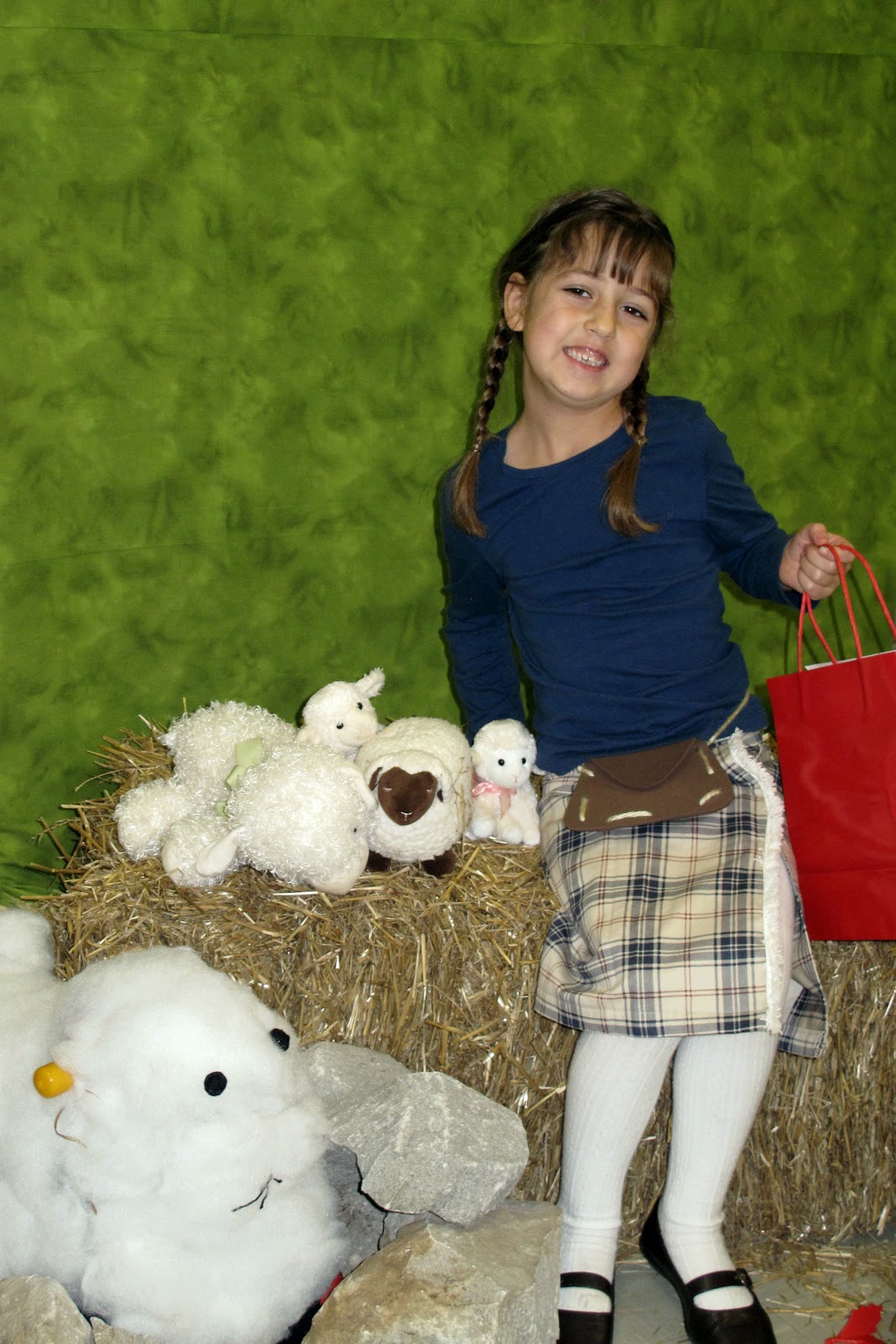 Now a few more snapshots of the event …

So in honor of my kids, who have been telling some really terrible jokes …

What did one sheep say to the other sheep?

What is a sheep’s favorite newspaper?

Oh. I can’t help it. Baaahaha!