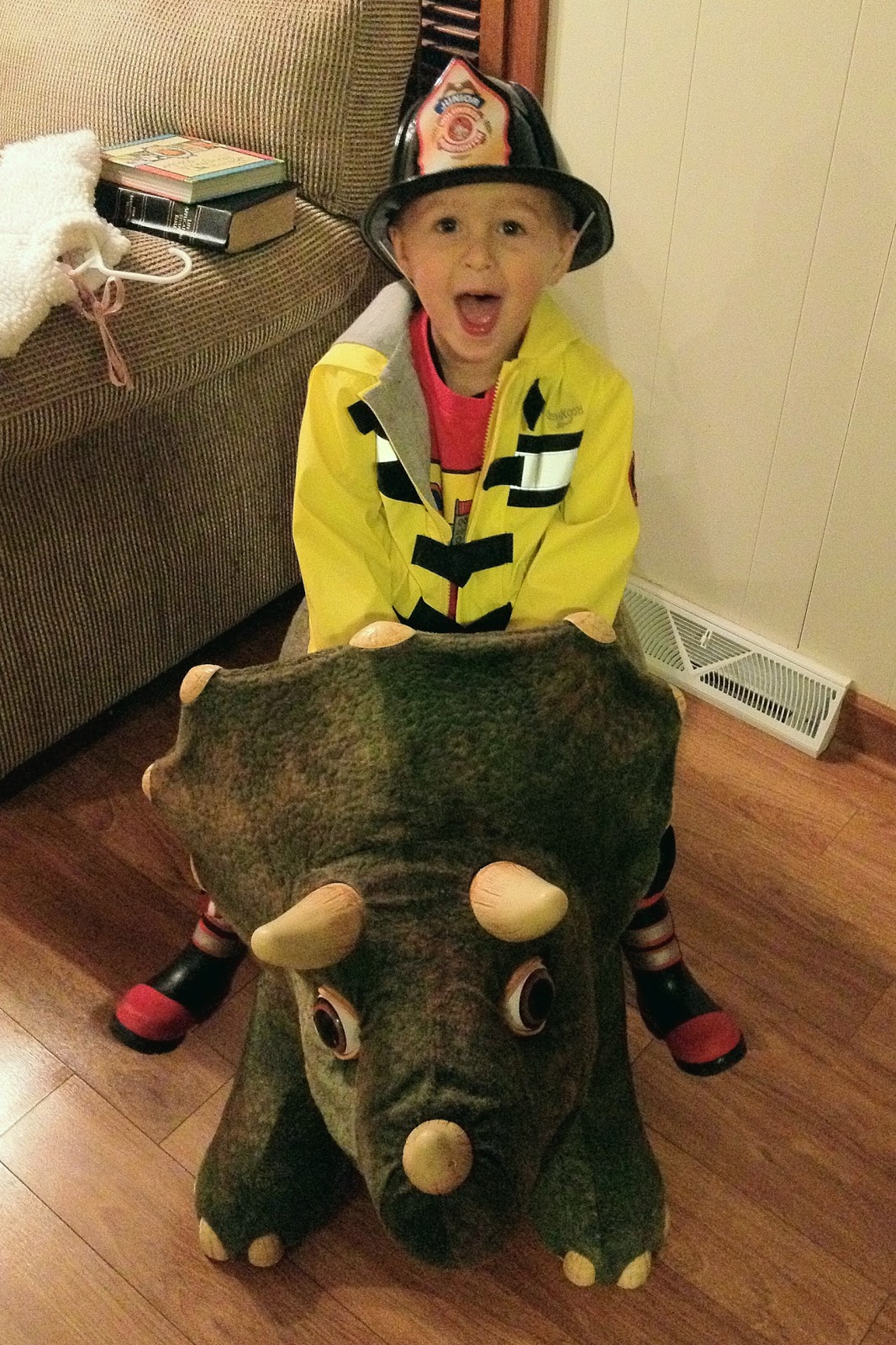 If there ever was a picture to captured my boy in one snapshot, this is it. He couldn’t be happier than when he was dressed like a fireman and sat upon a dinosaur we borrowed from a friend for his upcoming birthday party.

“There a big ‘ceratops in our house!” he said this morning when he walked into the room already decked out in his fireman apparel he’d been excited to put on for his costume party at preschool.

Another favorite part of this picture: My husband took it just before he filled Ben’s bowl with Cinnamon Life while I was getting myself ready. About half our 10 years as a married couple have included kids, and I’m thankful he’s slowly learning how to snap a picture for me. Truthfully, his phone camera takes better quality photos, so I’m glad he realized Ben the Fireman upon Koda the ‘Ceratops was a moment worth capturing and then shared the photo with me via text from the neighboring room.

So, back to Ben the Fireman. 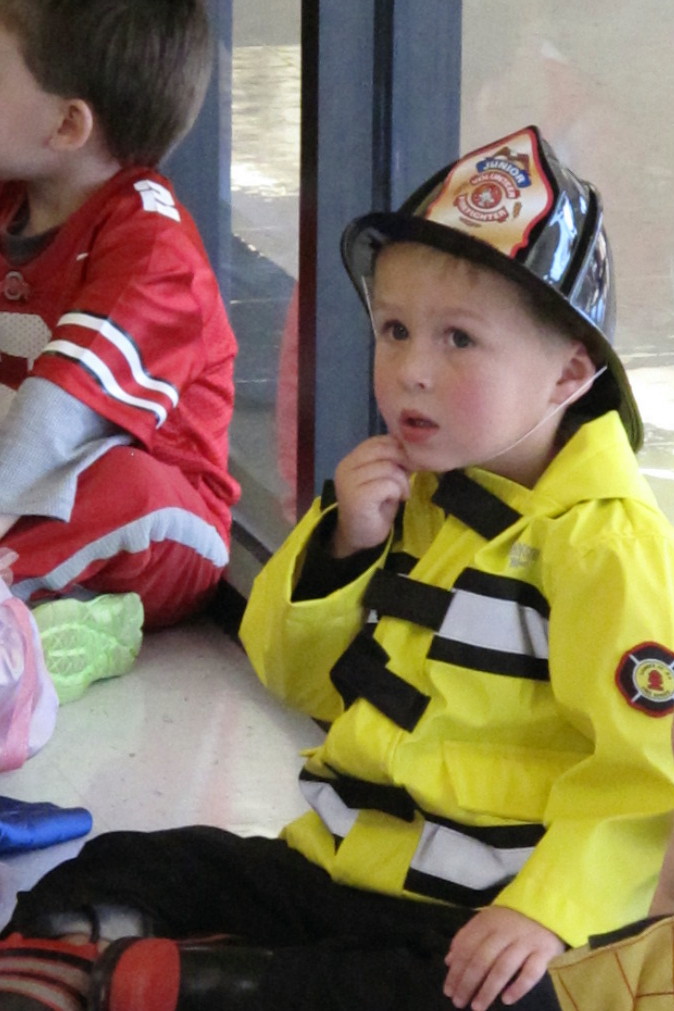 Not only did his preschool have a costume party, but it was also the day the local fire department brought its fire trucks to visit. I wondered why the director planned all of this in one day, but, really, why not just disrupt the one day multiple times? I get that. And it’s a good way to explain that kids don’t need to be afraid of firefighters who are dressed in their big masks and protective gear. “They’re just putting on a costume like you’re wearing today. Theirs protects them from the fire they’re putting out.”

And, hey, my fireman had props show up to go along with his costume. 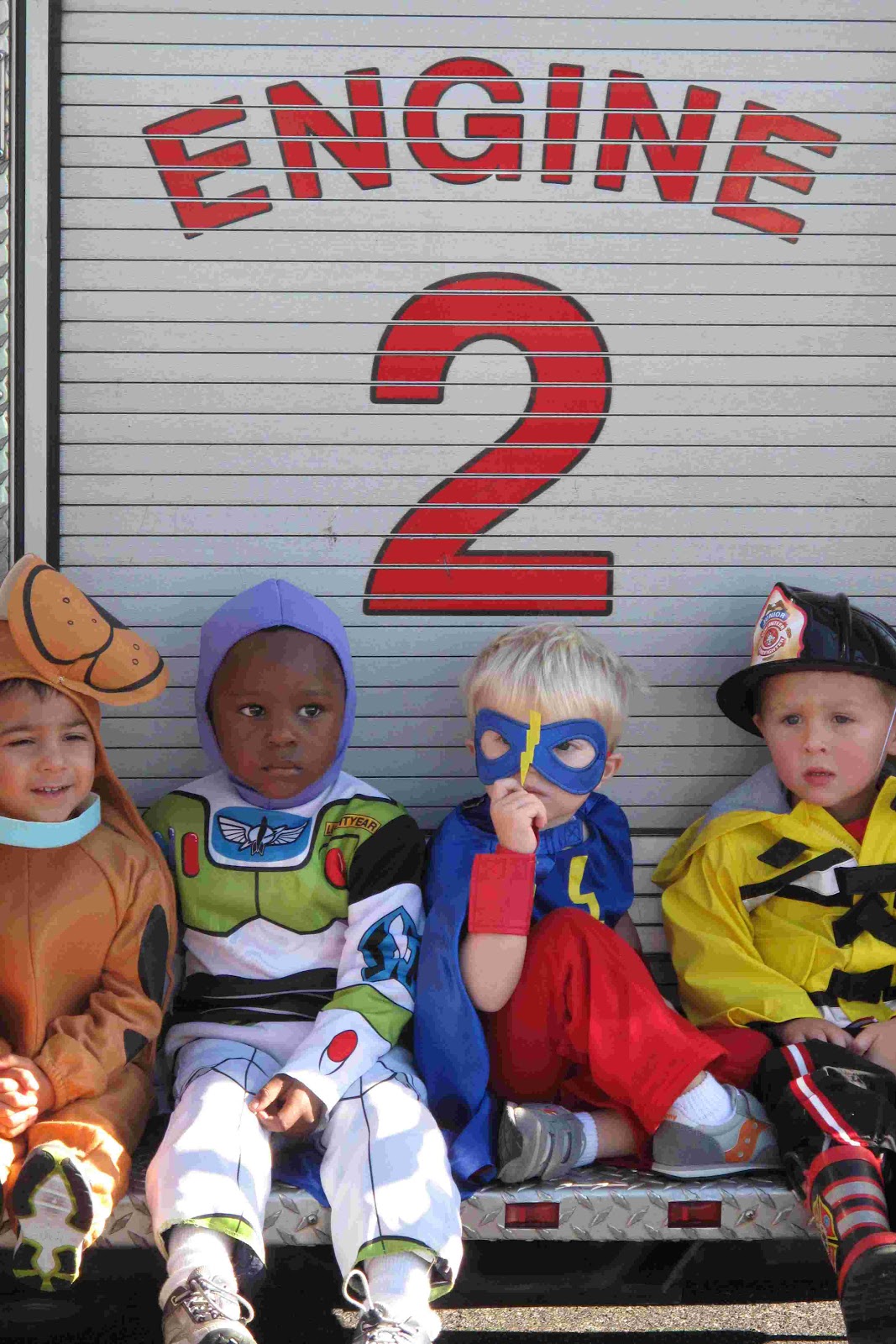 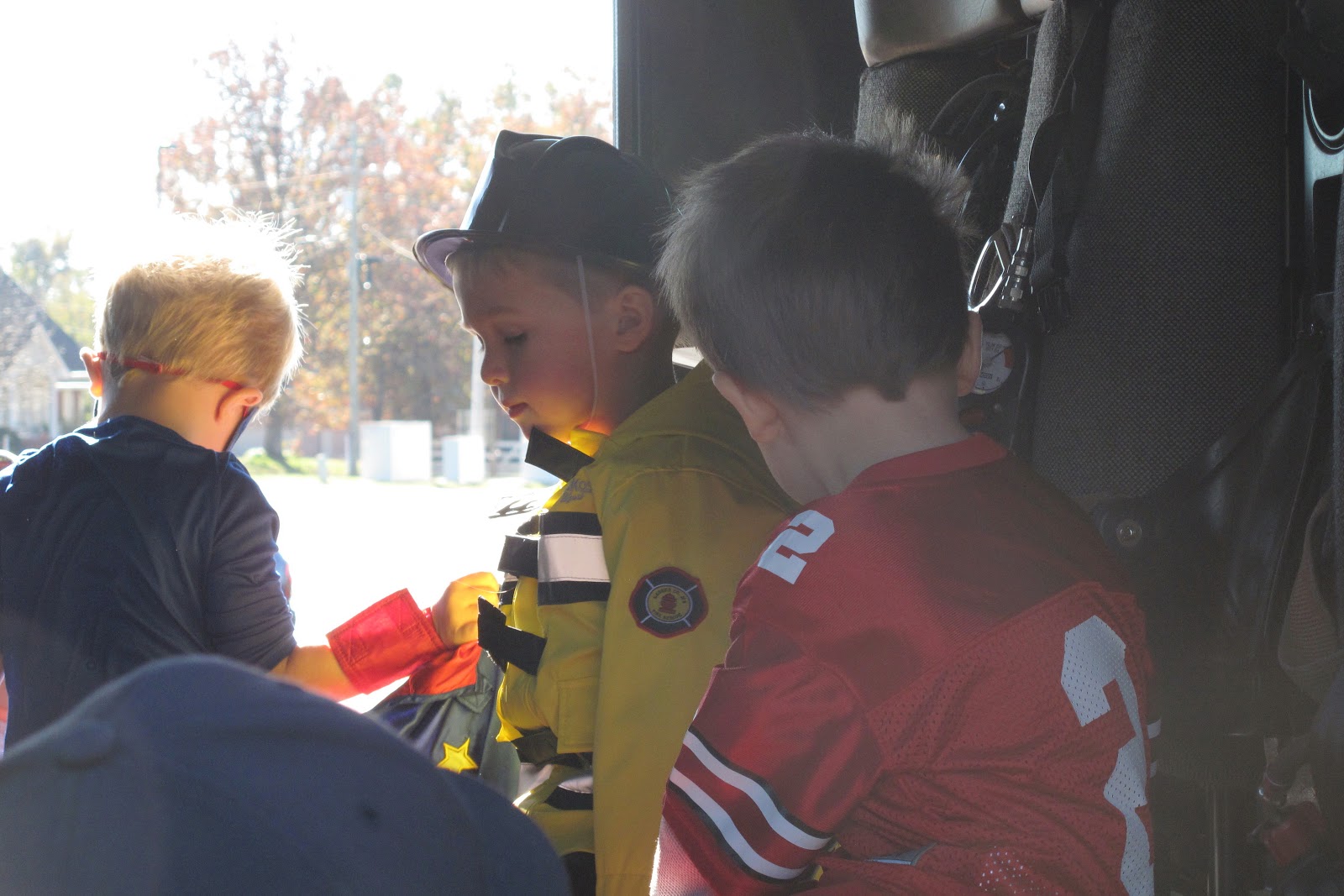 On a day of supposed trick or treats, I’m thankful our life is full of treats. We’re blessed by this preschool, especially the teachers both our kids have had invest in their lives while they’ve been in that sweet, joy-filled building. We live in a community where people care about each other. And along the way we’ve made friends who are better than a bag full of candy.