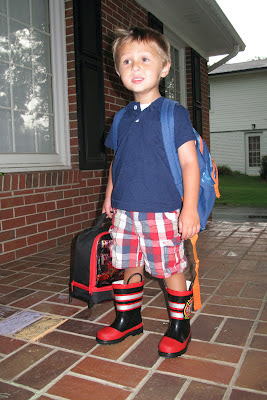 All of his little life, I’ve been dropping Cate off at preschool three mornings a week. Ben spent most of last semester repeating “My turn school?” every Monday, Tuesday and Thursday morning as we walked away from Cate’s classroom of 4-year-old kids.

This morning was his turn. It’s beginning of his two-mornings-a-week preschool. My original mothering plan included taking my kids to preschool when they were 3, which is two years before they’d go to kindergarten. Well, you know what they say about the best laid plans … 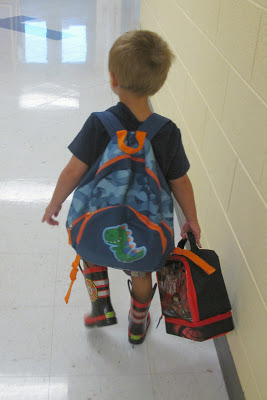 Ben started preschool in a 2-year-old class with six other kids his age who won’t go to kindergarten for three more years. Of the seven kids, five are boys. God bless his teacher. Seriously. She did tell me she missed her elementary-aged boys being 2, so perhaps she’s the perfect woman for this job. 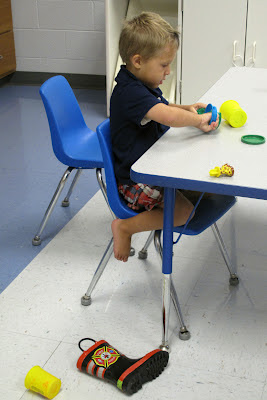 Ben dived right into school. I’m telling you, he was ready for his turn. He kicked off his rain boots and started creating some Play-doh masterpiece. “Bye, Mom!” he said with a grin across his face as his big sister and I walked out of the door. He was thrilled not to be the one leaving with me for the first time in his whole little life.
________
Want more? Subscribe to get “Insights” in your inbox. Or follow me on Twitter.