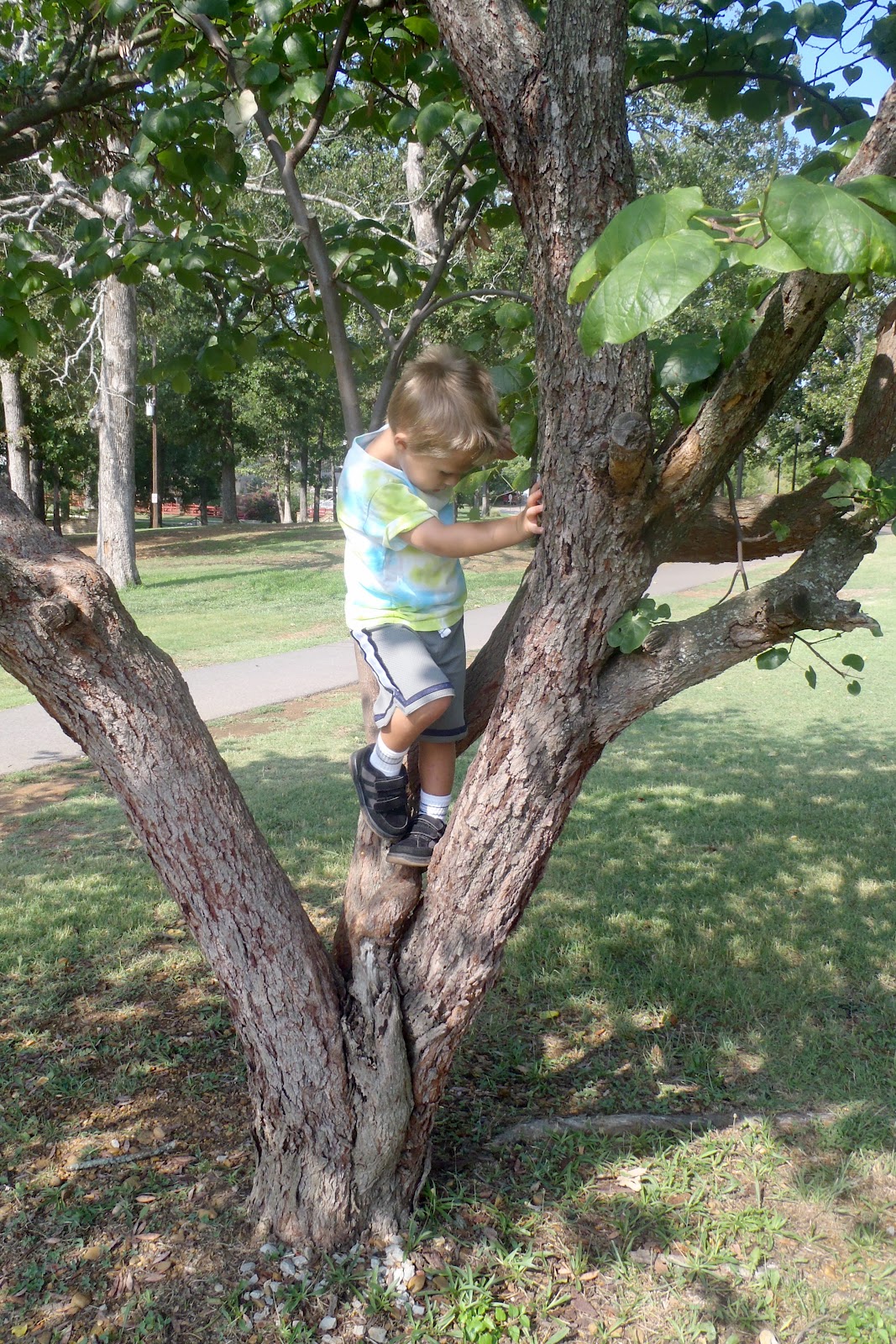 “Momma, I go that tree?” my curious, adventurous 2-year-old boy asked near the playground.

My first thought was I can’t believe he asked before wandering off! And then my response was, “Yes, no farther than that tree.” I knew he wanted to climb it because he’d seen some older boys doing so another day.

It’s really a perfect tree for my boy, who believes he’s bigger and older than he really is. I watched from a distance as he figured out how to get up there. He’d stop and I’m certain he was trying to figure out how to go higher. When I walked closer, with my camera in had, he said, “I did! I did it myself!”

He’s big into doing things himself these days. His independence slows me down, but I wouldn’t have it any other way. We all need to slow down sometimes, and what’s a better reason than a boy who wants to dress himself, put his Crocs on the wrong feet all by himself, and mimic his independent big sister?

I don’t climb trees. But I dream.

I see opportunities, like my boy saw that tree. Sometimes I watch as others make the most of where they are, like my boy did the older boys on that same tree. Other times I go into a situation with the same immediacy and determination with which he lives life.

I’ve been dreaming lately. I have hobbies and gifts that I think would make good on-the-side businesses. I want to make our lake houses comfortable and inviting. I have idea after idea as I walk toward my own perfect climbing tree. Now I just need to figure out which steps to take first to get up there for a new view.