I love road trips, especially the ones that aren’t just about the destination.

Heading for Dinosaur World on Friday morning, my sister-in-law in the vehicle following our mini van needed a bathroom pit stop. We couldn’t find a gas station or fast food restaurant on the Todd County stretch of U.S. 68/80, so we pulled into the Jefferson Davis Monument. 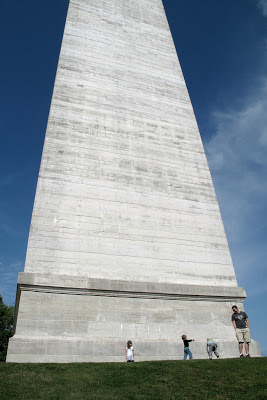 Most unique bathroom break of my road-tripping life. Well, there was this one time I had to use a tennis ball container while stick in traffic on I-65 between Louisville and Elizabethtown. Anyway, so there we were at this obelisk in the middle-of-nowhere western Kentucky. And we took the elevator up to the top, after the restroom stop, of course. 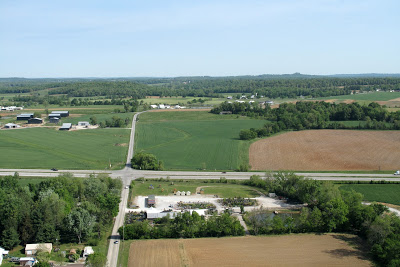 My husband, his brother, his mom and our sister-in-law had been there, both on family road trips and school field trips. But growing up in central Kentucky, my childhood included more trips to the Capitol and Mammoth Cave. 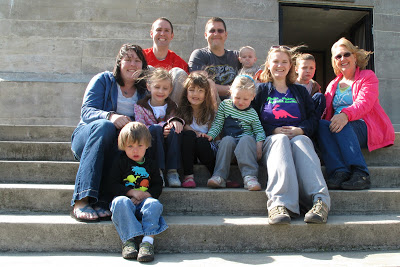 I’m glad to have seen the Jefferson Davis Memorial. And our bladders were ready to continue east.
Lunch time neared as we approached Bowling Green, so we ended up eating at Red Lobster there. This after my husband thought a Rafferty’s was just off I-65 on Scottsville Road. We went through a few stoplights without seeing it, so we detoured, made a U-turn, and arrived at Red Lobster, which certainly isn’t a bad second-choice restaurant. Just as Greg, who ate 6 3/4 cheese biscuits. Yeah, I know, that three-fourths is strange. I don’t know why he left a measly bite on his plate.
Then it was back on the road toward Dinosaur World, our destination to celebrate Evelyn’s third birthday. 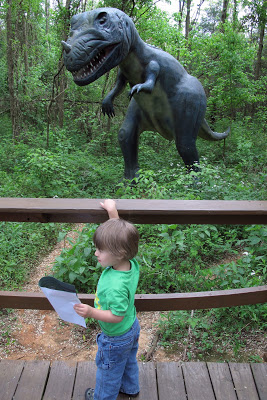 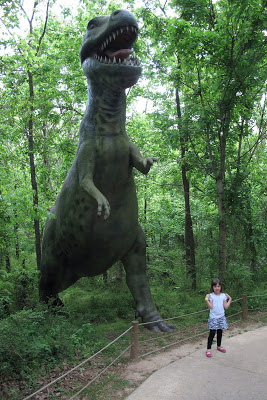 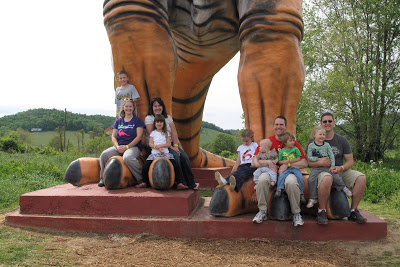 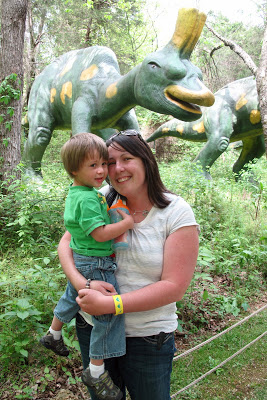 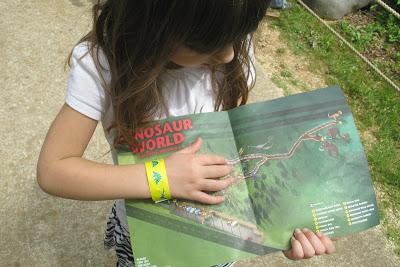 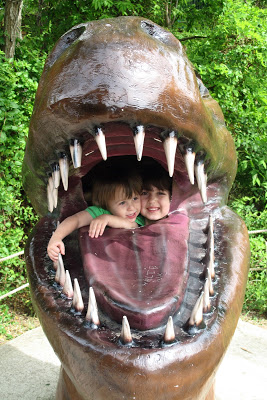 While posting Instagram photos {I’m not sure why I just recently learned of this iPhone app …} throughout the day, a friend mentioned my sense of adventure. I’ve never considered myself adventurous, although I did jump off a bridge once. But I was thinking about her comment and realized parenting is really an adventure in itself, so I might as well make the most of it and enjoy the ride. At least that’s my philosophy. And that’s why I load up the mini van and take off.

That night we headed to the Lexington area so we could be part of what turned out to be a record crowd at Keeneland the next day. That installment of the story to come soon.