You may have seen, there was a Racer party on ESPN last night. Dick Vitale even joined the 8,825 people and the most media I’ve ever seen at the CFSB Center. The Racers … well … raced over St. Mary’s, settling some national talk about whether Murray State was legitimate.

And we had fun watching. 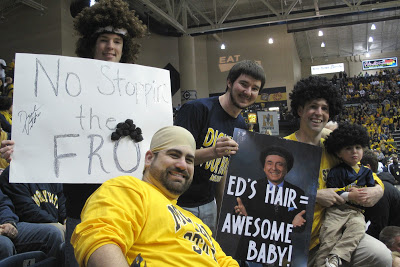 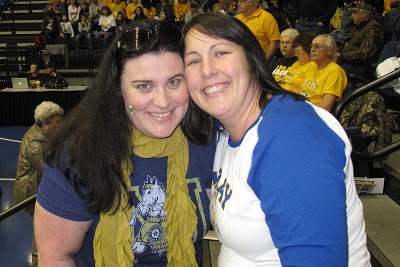 Former copy editors at The Murray State News unite. It was a fun time sharing our row with Alyson and her family. They like the Racers as much as we do. And our girls bonded from the moment they met at our pre-game meal at Los Portales … 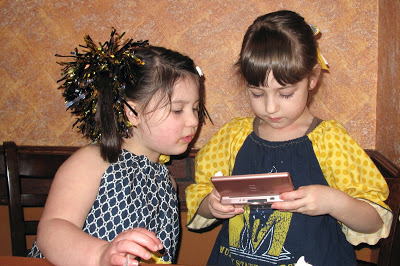 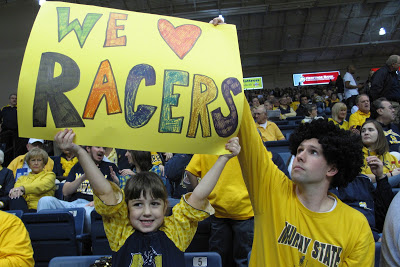 Yes, she’s proud of her sign. And Greg looks awfully serious, especially considering he’s wearing an Afro. If you’ve watched a Murray State basketball game, you’ve probably noticed #2. He has big hair. And he likes to dunk. And take charges. And he usually wins the Racers the tip. 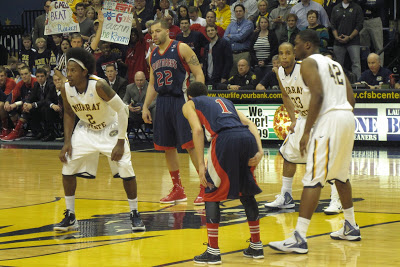 So that’s Ed Daniel. He has great hair and he plays tough.

And he and Dickie V inspired a poster. A newspaper friend Photoshopped Ed’s hair onto Dickie V’s head and I printed it as an 18-by-24-inch poster at Office Depot and added cut-out letters. And this all was inspired at 11 p.m. Friday — 18 hours before tip-off. 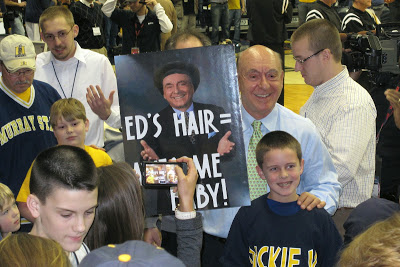 Even Dickie V thought so. 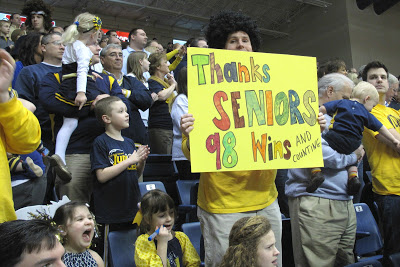 Not only was Dickie V in the house for the BracketBuster game, but it was also Senior Night. These three seniors — Ivan Aska, Donte Poole and Jewuan Long — tied the number of wins by a class with their win over St. Mary’s last night. It’s not over yet. There are two more regular-season games and hopefully some post-season wins. And that’s not all. They’ve given to this community and treated people right. 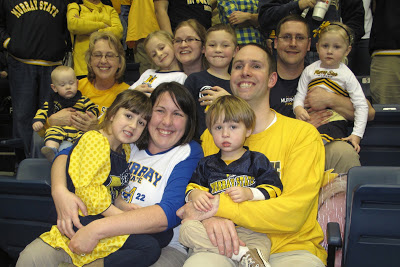 People hung around after the game because it was really more of a Racer party and nobody wanted it to end. So we took a family photo while we were waiting. Coach Prohm had an extended Senior Night with a highlight video and comments from Coach Kennedy, who had coached all these guys until this season. Lots of media — really, more media than I’ve ever seen anywhere in Murray — were there to watch … 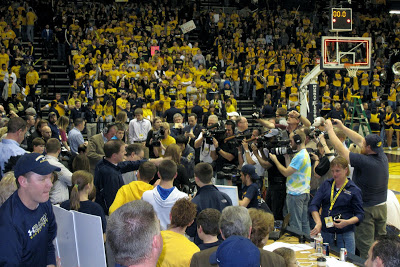 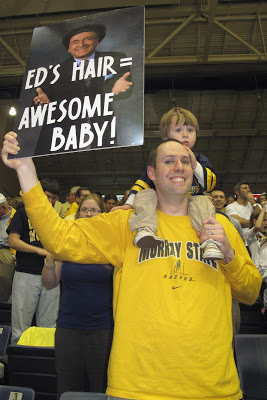 Seriously. AWESOME, BABY! is right. About the whole night.

And, really, the season so far … 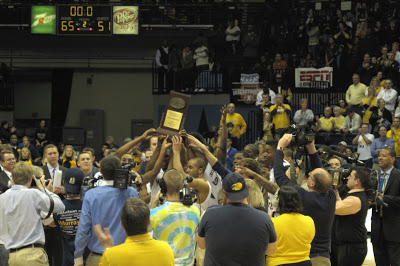 They’re still hoping there’s more to the story. The fans are too. Trust me. But we’re proud of our Ohio Valley Conference champions. 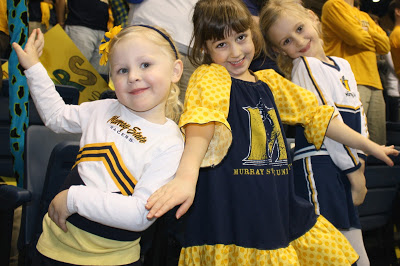