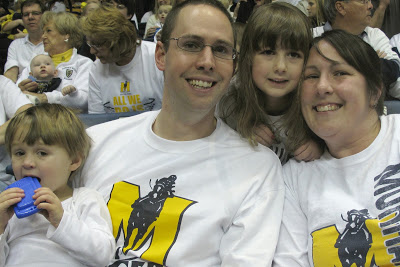 It was a white-out at the CFSB Center last for the Murray State game against Tennessee Tech. And, boy, was there much white in that arena. So much white that it was the largest crowd ever. 8,691. A sell-out crowd, in fact.

Sports history in the making here in Murray, Ky.

You’ve probably heard. The Racers are undefeated. One of three such teams in the nation. Ranked 15th in the AP poll and 14th in the ESPN poll, the Racers are getting national attention that’s fun for us fans. 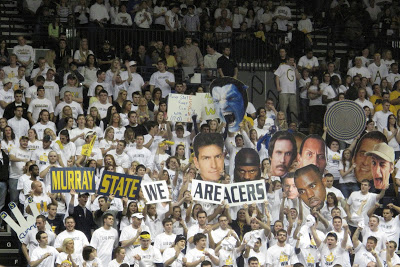 See, don’t those fans look like they’re having fun. Even Ernest was there. Random, indeed. 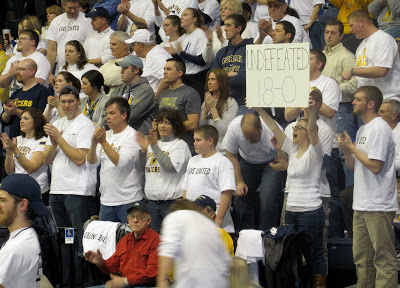 Last night’s 82-74 win over Tennessee Tech made it 18-0. And it was a big win in the mid-major Ohio Valley Conference. Toward the beginning of the game, my 4-year-old girl declared Donte Poole her favorite player. He had quite a game: 28 points and 8 rebounds. Good choice, Cate!

Keep it up, boys, we’re loving this history in the making. We are Racers.