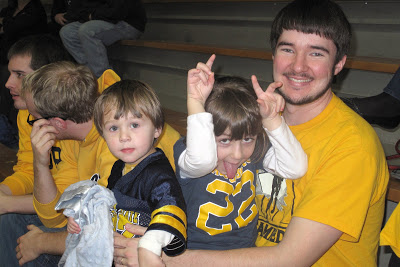 Greg planned some business in the Lexington area this week, coinciding with Murray State playing at Morehead. Lexington is much closer to Morehead than Murray, for anyone keeping track. So we all went. Cousins Zak and Alysha are in graduate school at UK, so we brought them with us.

As you can see, it was a fun time. 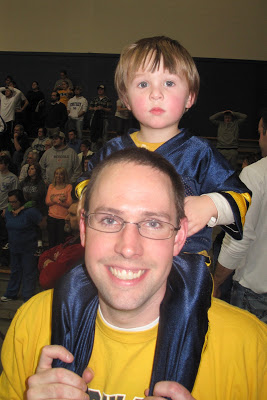 Ben sure looks hot and tired. Because he was. We all were hot, in fact. Johnson Arena on Morehead State’s campus was hot, loud and intense — components of a great basketball rivalry. Admittedly, I was a little worried when the Racers were down 15-4 with 12ish minutes to go in the first half.

The Racers managed to recover. And they maintained a {very} slight lead down the stretch. 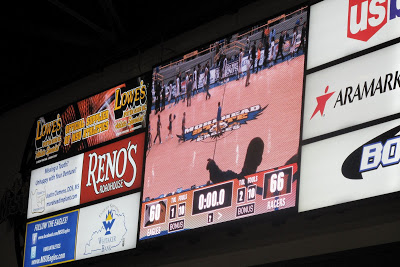 And, ultimately, Murray State won, making it 19-0! Whew. Way to fight it out, come together, and win, Racers!

There’s been lots of talk about the Racers {one of two undefeated teams in the nation along with Syracure} among national sports reporters. Yes, we’re reading and watching it all, and loving every minute and every word of it.

Here are some of my favorites from publications this week:

Want to join in on the hype? We welcome you on the Racer bandwagon. Murray State plays at a sold-out SIU-Edwardsville tonight at 8 central time. It’s on ESPNU. We decided one road trip in a week was enough, so we’ll be watching from our couch. But we’ll be cheering loudly.