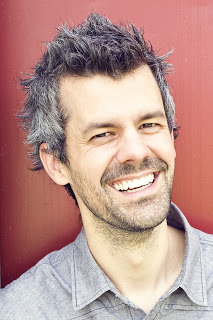 Just ask Shaun Groves. The singer/songwriter’s life was changed after visiting the girl in El Salvador whom his family sponsored through Compassion International. Seeing life in El Salvador prompted Groves to realize he was made for more than entertaining audiences with his songs. Groves and his family began to live more simply so they could help others simply live, according to his biography.

Groves, 38, continues to play music for audiences – but only if he can do so on behalf of Compassion International. He’ll bring stories and songs to Murray on Sunday, Feb. 12 at Christian Community Church. This service will take the place of the church’s usual Sunday service. It begins at 10:30 a.m. and anyone is welcome to attend.

More than 8,000 children in 26 countries have been sponsored through Compassion International through Groves’ shows. He also leads bloggers on trips through these developing countries to raise awareness of children in poverty and how Compassion addresses their physical and spiritual needs.

Recently, Groves and his wife have added an adoptive son to their family that includes three biological children.

“Traveling with Compassion International over the years has simply made me aware of the orphan crisis,” Groves said. “And it put a face on the statistics. More than 44 million orphans in India, 15 million in Ethiopia. Those were just numbers before I went to the orphanages on my travels, but now they’re real. And that compelled us to do what we could as a family to serve them.”

Groves hopes his message to congregations will bridge the gap between America’s abundance and the children living in poverty in other countries.

“They’re loved by God. No less and no more than our own children,” he said. “And if God is in us, living through us, we too will love them like our own.”

“Invitation to Eavesdrop” was Groves’ debut album in 2001. “Twilight” and “White Flag” followed, before Groves’ life-changing trip to El Salvador. Last year, Groves released “Third World Symphony,” a 10-song product of his many trips to countries where Compassion International works.

“For the most part, the music has been listened to by people who already care a great deal about serving those in need around the world. It’s been encouraging to those people,” Groves said. “One man wrote to tell me the music makes him feel less alone in his passion for serving the poor. The songs remind him why his work matters and that he’s not the only one who believes what he does about God’s concern for the poor.”

Groves said even children here can make a difference in the lives of children there.
“I would tell them about my own kids and how each of them sponsors a child,” Groves said of encouraging young ones to serve. “They write letters to the children they sponsor. They pray for those kids. They give their own money so that their sponsored children can have food, education, medicine and hear about Jesus. Little people can do big things.”

This Groves knows, thanks to a girl named Yanci in El Salvador.

________
I’ve become a fan of Shaun Groves’ music and his blog. His words — both written and sung — encourage me and make me think. He also tells stories that make me laugh.
________
Want more? Subscribe to get “Insights” in your inbox. Or follow me on Twitter.