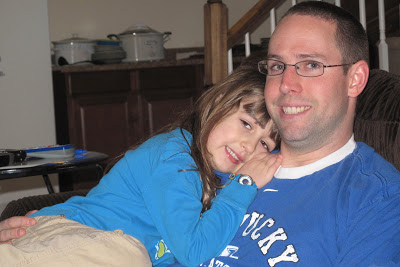 … snuggling before the UK-UofL game.

In case you haven’t heard, the Wildcats survived. We love our Racers, but we have a history with the Wildcats too. Thankfully, both teams keep us entertained and like to win. 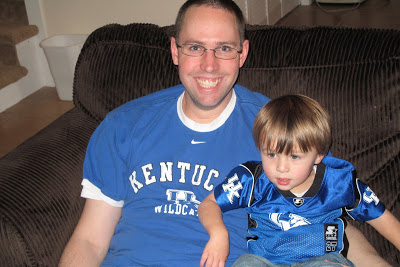 It looks like Ben is really watching the game. That’s not true. He actually was scrambling to get away from snuggling with Daddy when he saw I had the camera out. That’s my boy — eager to be on the move. But he looks cute in his Big Blue jersey. 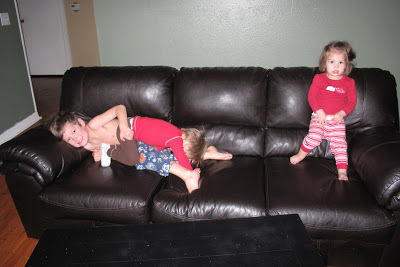 That’s 5-year-old Luke and my 2-year-old Ben wrestling. And laughing. They certainly enjoyed themselves. And 16-month-old Caroline was contemplating getting in on the action. 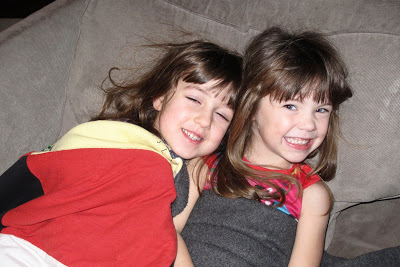 Cate and Norah settled in on the couch to watch a movie. They’re all smiles here, and really were most of the evening. Us adults were having a Settlers of Catan marathon.

We took our break from our traditional bigger, louder NYE Game Night, but it was a good night.
We played four games while the seven kids{ages 5 ain our three families played and then slept in various beds throughout the house. We lasted until 11:15 p.m., when we recognized that it was the new year in my native Eastern time zone.