Everything in life is more of an adventure with kids.

After our pre-lit tree failed to light all but one of its strands of lights, I decided it was time to move on. I started thinking about how we had live trees growing up in the Hill household. When I was first out of college, I bought a small artificial tree because it seemed like a good plan while living alone in an apartment. Each year, I just put it up and then upgraded to a larger, pre-lit fake tree. It seemed convenient.

But what’s the holiday season without a little adventure?

So Greg and I decided to go cut down our own life tree from his mom’s property. Cate called it a “tree hunt” on our way across the Kentucky-Tennessee line Saturday afternoon. We weren’t alone in our hunt, either. Uncle Charles and Aunt Angela; cousins Elijah, Ethne and Evelyn; and friends Nathan, Sarah, Davey and Atticus were with us. Gran-Gran and baby cousin Kieran were inside. 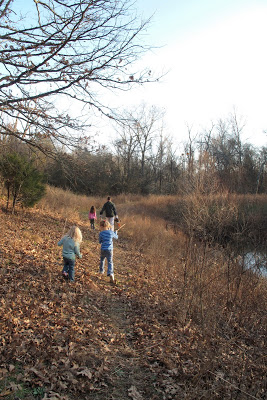 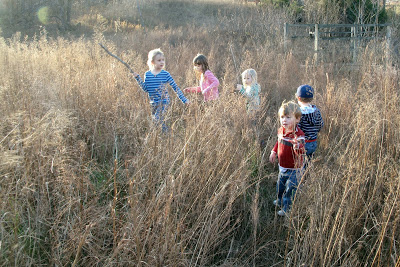 “We’re going on a {tree} hunt.
We’re going to catch a big one.
What a beautiful day!
We’re not scared.” 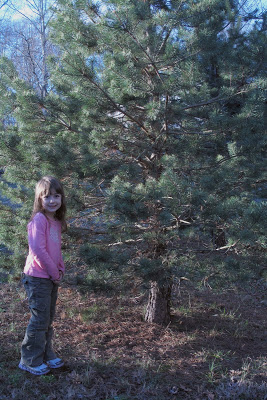 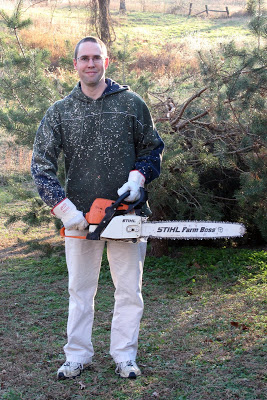 The guys loaded both our tree and the Goodriches’ tree into Greg’s pick-up truck bed. Good to go, back toward Murray. Until we realized we lost our friends’ tree somewhere between a curve and a stop sign on State Line Road. So we retraced our tracks … 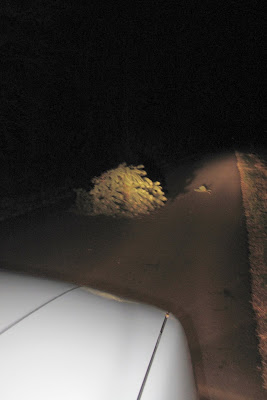 And after I took a picture, I helped Greg load the tree back in the truck. He did stop one other time to readjust it and weigh it down. Finally, it was more secure.

Then we saw a deer. Greg slowed down, but he still clipped the deer with the passenger-side front bumper of his truck.

It’s only 14.4 miles between our house and my mother-in-law’s house. It took longer than usual last night, but we laughed often and talked about how we felt so blessed. It had been a good day; it is a good life. 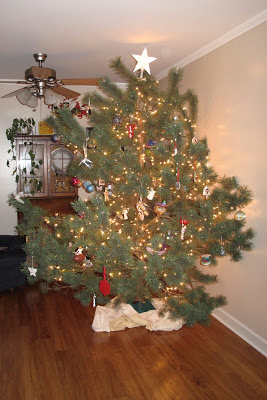 And for the first time in a decade, I have a live Christmas tree. It’s fat and unshaped … and I love it. And I believe a new tradition is born.

_______
There also was the father-daughter conversation earlier today during the MSU vs. Dayton basketball game that had me laughing …

While watching Isaiah Canaan drive to the basket surrounded by defenders during a fast break, Greg yelled, “Give it up, son.”

Then 4-year-old Cate piped in, “Daddy, who is your son out there?”

“Well, I call anyone who I’m coaching ‘son,’ even though I’m not really coaching anyone out there.” Then Greg turned to me: “She thinks she has a lot of brothers out there.”

________
What stories do you have from your weekend? I hope your days were filled with adventure, surprises and laughter.
________
Want more? Subscribe to get “Insights” in your inbox. Or follow me on Twitter.