We’re home from Branson, Mo., where we spent four nights, including Thanksgiving. We were there with Greg’s mom and his two brothers and their families. That’s seven kids 7 {almost 8 …} and younger. And seven adults.

And would you believe my mother-in-law found us all matching pajamas? All of us, from 5-month-old Kieran to 60-year-old Gran-Gran. Admittedly, I had reservations about dressing up like 13 other people and posing for a picture. 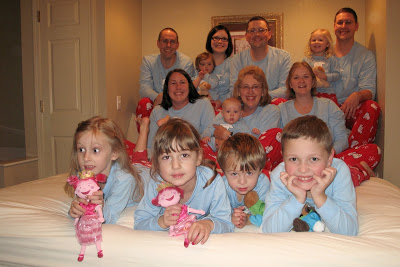 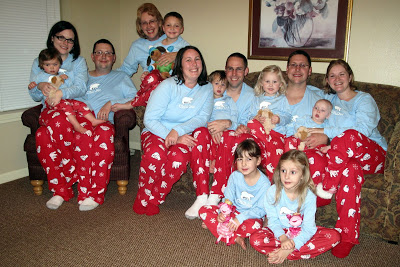 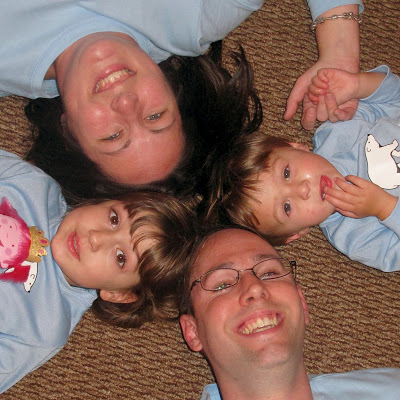 Turns out I loved it.

We did those two group poses and then smaller groups {families and then Gran-Gran with all the grandkids}. Of course, there are plenty of funny ones … 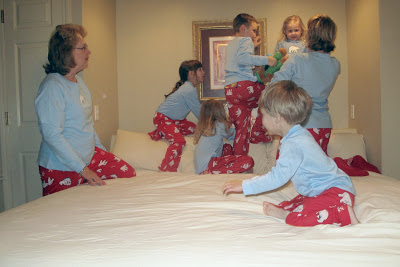 This was me trying to get the camera set up right. Clearly, the kids were excited. 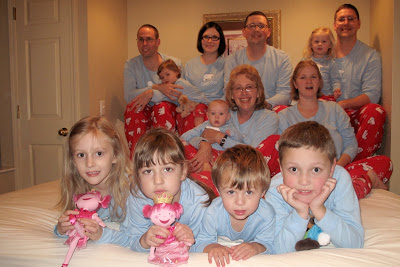 I hadn’t made it back from behind the camera on the tripod before the self-timer started clicking off the four consecutive shots. And look that front row of kids. Those are some serious faces! 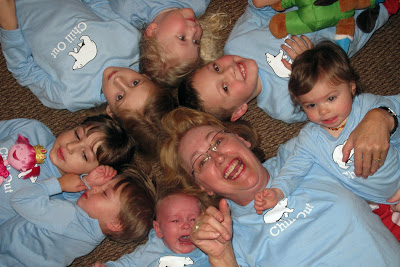 Ben apparently thought it was nigh-night time since everyone was in pajamas. {He’s not really asleep. Sleep didn’t come that easily on vacation.} And his snuggling is distracting his sister, who wasn’t going to let her new doll go. Kieran was so done with the photo shoot by this point. Mae is a little unsure of the whole thing and decided to inch closer to Gran-Gran. Ethne seems a little distracted by something. Evelyn and Elijah are ready to go! 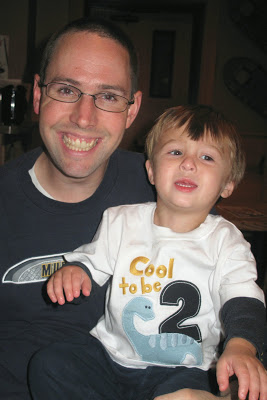 We left on Wednesday, which was Ben’s 2nd birthday! My boy who is all boy is now officially 2. I brought along some cupcakes to have after dinner that night. He obviously enjoyed that. 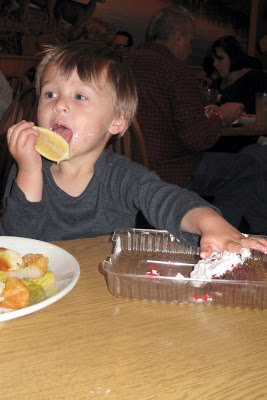 While in Branson, we ate a delicious Thanksgiving meal from Cracker Barrel, saw “Happy Feet Two,” spent a day at Silver Dollar City, played indoor mini golf, and saw “The Miracle of Christmas.” It was a fun way to spend the weekend transitioning from fall to winter. I left with a heart full of thanksgiving thinking about Christmas.