We like baseball around here. So we had to tour Fenway Park when we were in Boston. We aren’t Red Sox fans, but it was so neat to see the oldest, smallest operating ballpark. 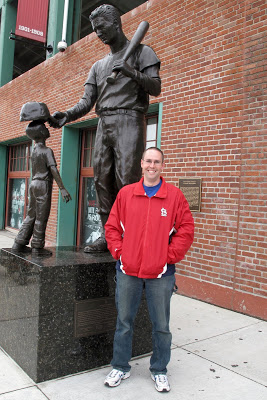 Yes, Greg is wearing his Cardinals jacket. I may have suggested he put it on for the picture with Ted Williams. 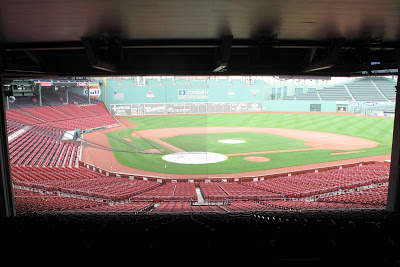 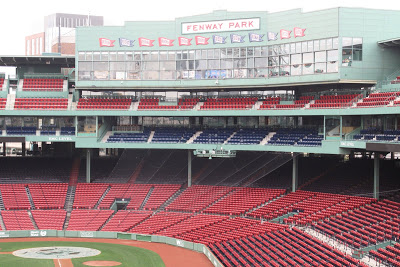 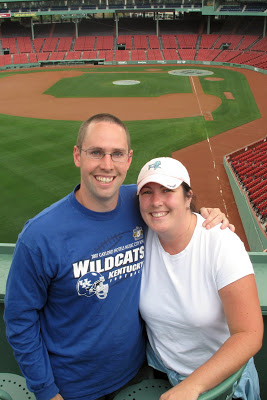 That’s us on The Green Monster, er, rather, Monstah. What a unique feature. I can see why people would want to fork over the extra money in the special lottery for those seats. 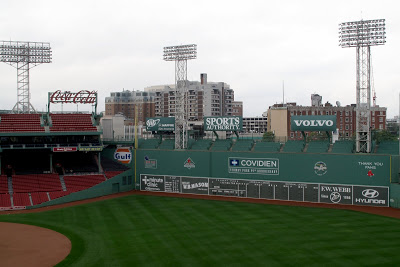 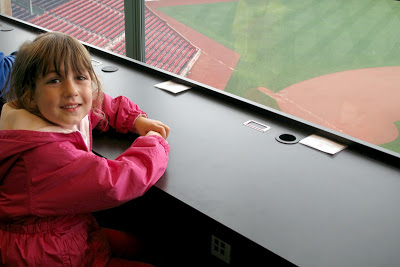 Because we took a tour when it wasn’t game day, we were able to see the press box. Obviously, the reporter blood that still runs through me made me excited about that. Does my girl look cute there? And here … 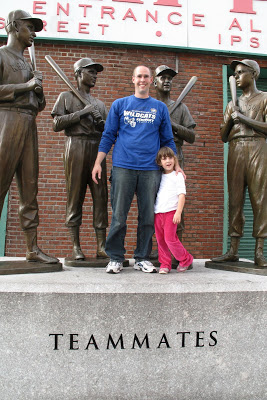 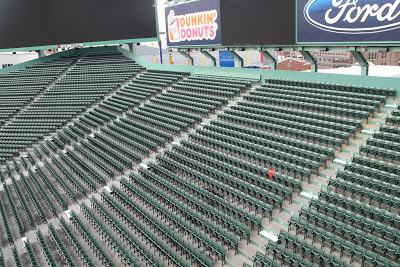 _______
I’ve been blogging about our vacation to the Northeast as I have time. You can read about our time in Maine and look at plenty of pictures. There’s at least one more Boston post to come, but there are pictures to tide you over until then.
________
Want more? Subscribe to get “Insights” in your inbox. Or follow me on Twitter.