God brought many, many volunteers from 17 local churches together to transform a downtown alley into a first-century marketplace. At least three more churches joined the 17 in support of the inaugural Marketplace 29 A.D. by sending kids. Ninety-four kids came. And we hope they experienced Jesus in a way that will stay with them. They learned Hebrew words, songs and dances. They made things that could have been in a marketplace in which Jesus walked.

I’ve never witnessed such a display of God being glorified through a unified community. After a 10-day vacation, I dove back into Marketplace details while preparing the week before. And then we opened the marketplace for business. And dancing. And teaching. And loving.

And I came home last night after our family night exhausted. But I’d do it all over again. It was such a fulfilling exhaustion. I poured out myself as God poured into me. Over and over again. I was blessed as the kids soaked up the sights, sounds, smells and skits around them. They were happy, even in their first-century costumes.

That’s my sweet daughter, who was one of the youngest participating, but who loved every minute of being in that marketplace. All of the kids, volunteers and even visitors wore costumes. 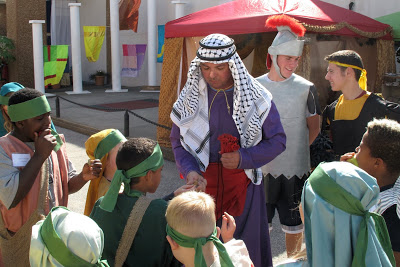 There was a tax collector who meant business. 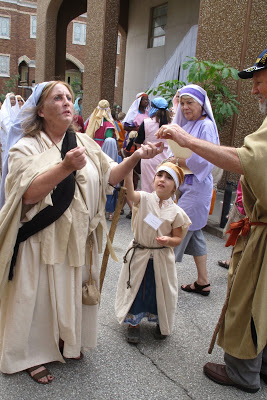 The blind beggar touched the kids’ hearts as she roamed through the marketplace. 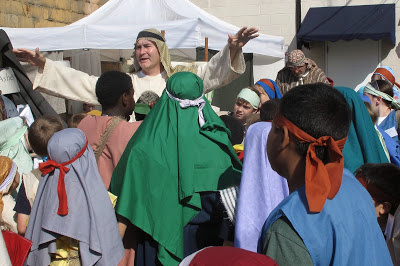 Jesus visited the children, teaching them how to pray and blessing them. He even healed a sick woman early in the week and then on Friday night healed the blind beggar. 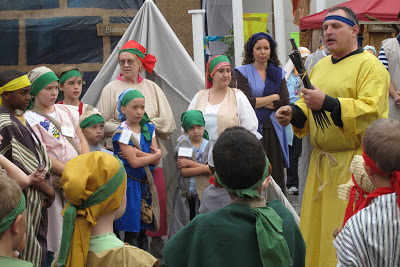 This blacksmith talked about the nails he’d made for an upcoming crucifixion and shared powerful words about Jesus. You can hear his words here. 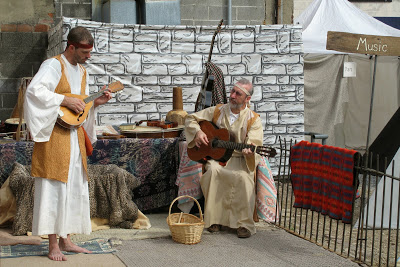 The musicians were awesome. Not only did they add to the sweet spirit of the marketplace, but they also reminded the kids to worship the Lord in everything they do and with everything they have. 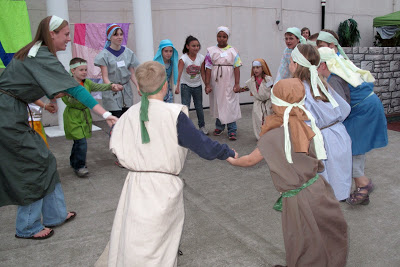 The dancing was so joyful and added so much to the marketplace atmosphere. Watch some tribes dance here. 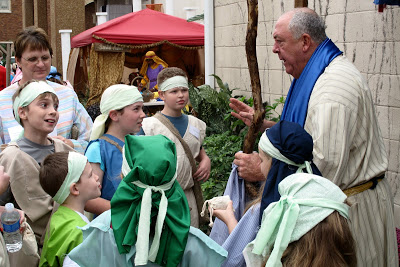 Stories were told. And soaked in. And repeated by little mouths. 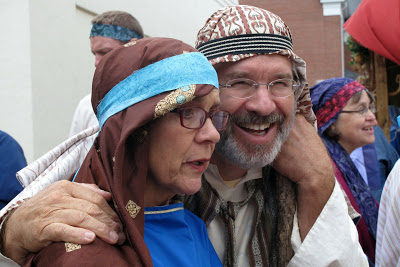 That’s Jan and her husband Butch. She trusted God when he planted this idea in her heart. She recruited me. And I’m thankful for this new, sweet friendship that has encouraged me so.

The whole experience certainly can’t be captured in pictures, but you know I tried. There are many more in my Facebook album, if you’d like to take a look.

This is the other book I finished at the beach las