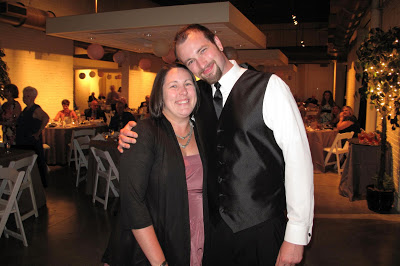 My brother and I spent our childhood arguing, teasing and bothering each other. Thankfully, we’re grown ups now. But I apologized to my mom the other day for all of the times Kevin and I picked on each other. It was overdue, that’s for sure.

I’m 32 years old and I’m being introduced to sibling nagging from the other side. From the mom side. And the other day when I witnessed my 20-month-old son pick on my 4-year-old daughter, I immediately thought about my own younger brother. We’re 35 months apart; my own kids are almost 31 months apart. Let’s just say I wasn’t ready for this parallel to happen yet.

They start out playing. And then one whines. And then other whines because of something the other one did. And then it just they keep picking and whining and complaining. Ben is a little tornado over whatever Cate is trying to play with or make or organize. And, as you can imagine, Cate doesn’t like when Ben wrecks her plan or her stuff. Unfortunately, my second child knows the word “mine,” thanks to trying to stand his ground with an older sister.

You should have heard them in the grocery cart — you know, the two-seater car cart that they care drive — last night. “Hey, mom, Ben is touching my steering wheel.” “Stop it, Ben!” Ben, who did say Cate’s name before anyone else’s, may know fewer words than his sister, but he still finds plenty of ways to communicate his displeasure for Cate trying to boss him around or impede him from having his own space.

I catch myself saying something obvious and ridiculous. Like “Cate stop touching your brother.” Or “Ben, be nice.” Or “Cate, can you show him how to play nicely?” As if these comments are going to cut into the heart of sibling nagging.

Just the other morning when I walked into Ben’s room to rescue him from his crib, he asked, like he does every morning, for his cup. The conversation went like this:

“After we change your diaper,” I said as I proceeded to lift him onto the changing table.

And then he looks at me and asks, “Cate?”

“She’s still sleeping,” I tell him.

And disappointment sets in: “Oh, man,” he says.

My heart melted. They had spent so much time recently picking and nagging and bothering. But there was hope. Plus Kevin and I are proof. I can’t remember the last time I wanted to bite him, tease him or run to my room screaming because of him. And, honestly, I even like him.