Some recent scrap pages have been requested. I used to post what I was working on, but, well, then I had two kids. Lately, meaning the last month, I haven’t really scrapped at all. You know, we’ve been busy with birthdays {Greg celebrated his 33rd birthday, I turned 32 and Cate is 4 now, but only hers made my blog … twice.} and holidays.

But lately in a broader since, like the last six months, I have scrapped some. I *usually* scrap chronologically, so I’m into May 2010 in that sense. But before I dived into “Life in 2010,” I worked on an album about our trip to New Zealand in August 2009. And now I’m starting to work on a “Trips of 2010” album, which will include our road trips to Hilton Head, Chicago and Branson.

I often remind myself that scrapbooking is a hobby. Yes, I want to preserve memories for our family as time flies by too quickly. Yes, I like to have a creative outlet. But it’s also a hobby. I don’t want to pressure myself to get “caught up.”

But, yes, of course, I’d like to have more time to sit and scrapbook, but it’s not worth sacrificing the actual making of memories to do so.

So, now, enough with the words, onto the pictures, which are not the highest quality because the layouts are in the page protectors. Oh, yes, page protectors. I’m finding myself using the divided ones of various sizes often. I just put them all in the same three-ring binder. It helps me organize multiple pictures from the same event and keeps me going once I do get a chance to sit down at that table of mine. 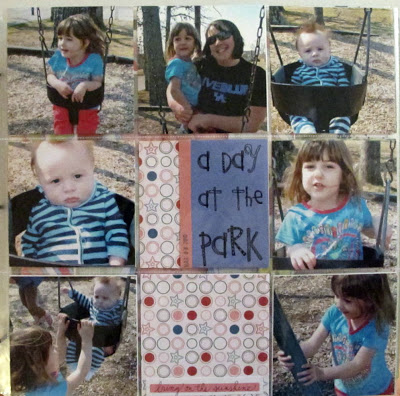 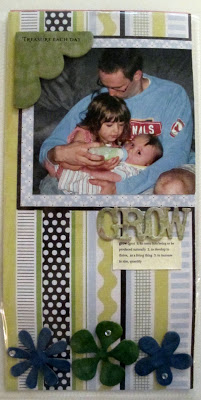 I do some one-picture layouts. This one is a 6-inch-by-12-inch layout. 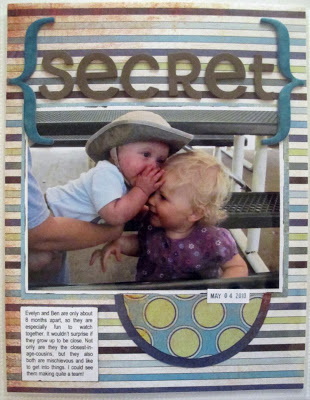 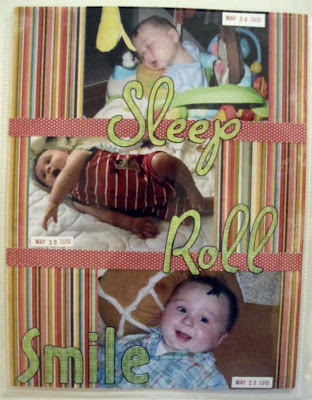 And Ben makes plenty of appearance in the album. That’s right, there are plenty of pictures of my second born. They just don’t get scrapped as quickly as early years Cate’s did.

And then the New Zealand album …. 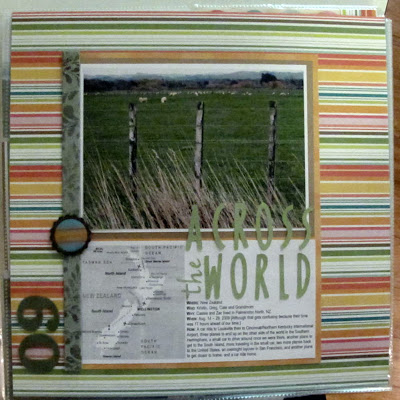 A 12-inch-by-12-inch layout served well as the opening page.

This shows the layered look of using different sized page protectors. That 12-inch-by-12-inch layout leads into the 6-inch-by-12-inch divided layout. Another thing I liked about making the New Zealand album is I used one pack of patterned paper, so it’s coordinated all the way through.

The divided page protectors make having a lot of photos much easier to display. 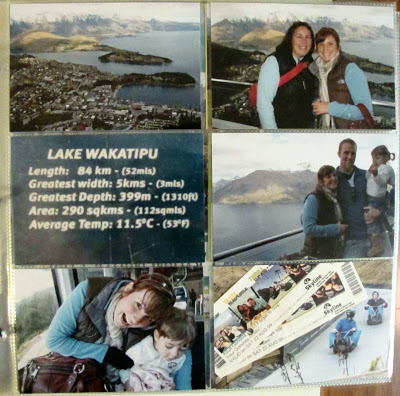 Some pages were just pictures. 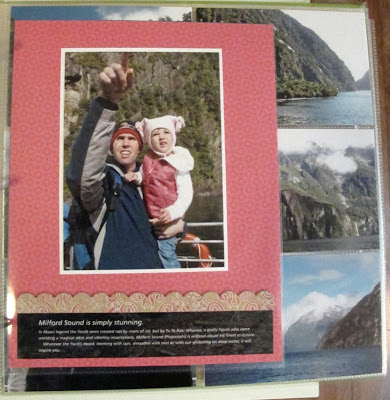 I used one-photo layouts to highlight a photo I really loved. 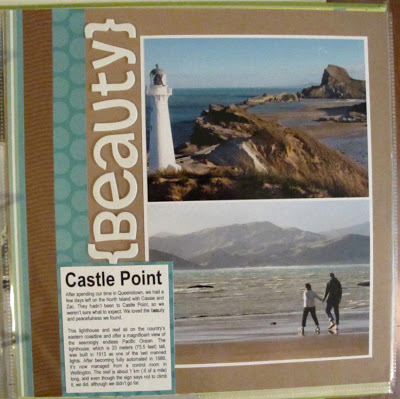 I did make some traditional 12-inch-by-12-inch layouts, especially when I wanted to introduce a new place.