Ben often goes to the door and says, “Outside.” There is certainty, desire and pleading all wrapped up into one that one compound word. In fact, it’s her first compound* word.

And, yes, he says it frequently. 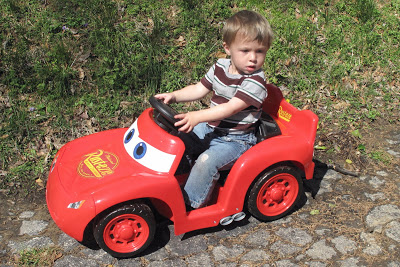 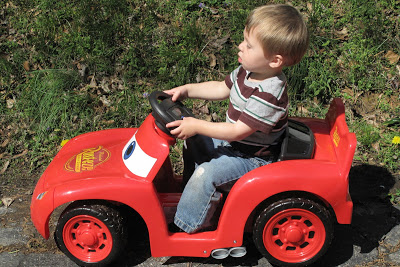 He really likes pushing the “go” button, but instead of holding it down, he taps it, resulting in a jerking motion. I suppose that doesn’t bother him. Probably because he’s outside. 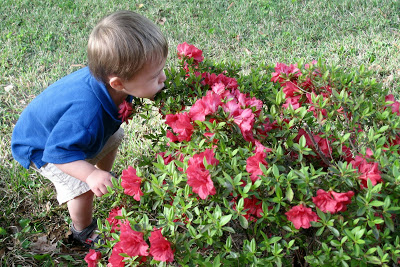 … and then he decides to yank one off. All boy, I tell you. 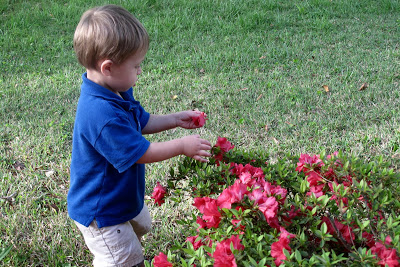 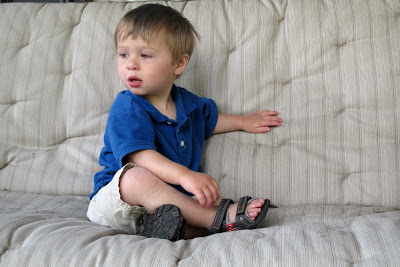 “Swing” has joined his growing vocabulary and has become a favorite outside activity.

_______
* I realize noting my son’s first compound word is nerdy. Thing is, I did it when I was keeping a list of Cate’s words too.