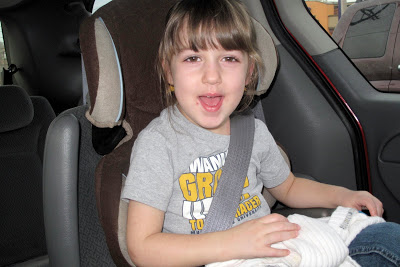 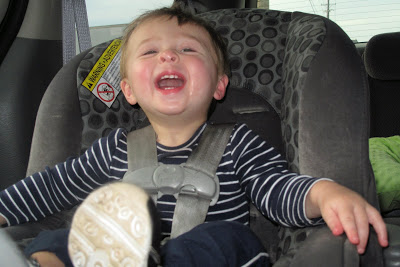 Hooray for a road trip!

We loaded up Friday afternoon to go to the OVC Tournament in Nashville to root on our Racers. Cate was especially excited to have her new pom-poms. 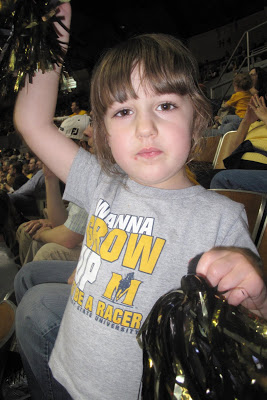 Even with all the cheering, the Racers shot 33 percent from the floor, which basketball fans know won’t win many games. The Racers didn’t play well enough to win, but they still had a chance if they could have hit crucial free throws or that wide-open 3. Maybe that double bye killed the Racers’ momentum. Or maybe the guys were just tired.

Whatever it was, the regular-season championship without the tournament championship ensures an NIT bid. I’ve never cared about the NIT, but I guess having my hometown Racers in it will make it interesting. And, yes, I’ll still watch the NCAA Tournament. The opening rounds are like a holiday at my house.

Speaking of the guys being tired, my little guy was tired. He started fighting sleep before the 7 p.m. tip-off and even screamed through the entire National Anthem. He gave into sleep not too long into the game and slept for the remaining three-fourths of the game. I’m sure the people around me were glad too. 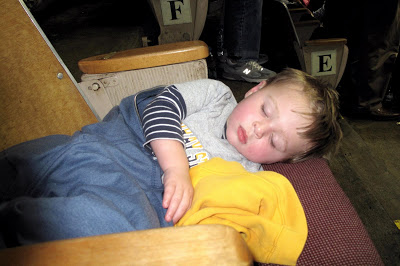 I was glad he gave into sleep and then let me lay him down in the chair next to me. Even with all the clapping and cheering and comments toward the referees going on around him, he slept … like a baby. 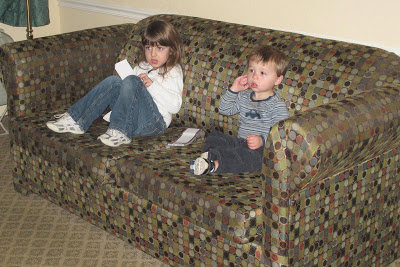 Cate was especially excited about staying in the hotel, which had two bedrooms. Finding “Angelina Ballerina” on the TV on Saturday morning was like icing on her road trip cake. And Ben, of course, likes to do whatever she’s doing.

Our Racers lost, but the road trip was redeemed with Blackhorse pizza and beer cheese and a Target shopping trip during the Clarksville, Tenn., pit stop on the way home. You may recall I missed an opportunity last month to eat at this favorite restaurant of mine.

It was a fun road trip, even if it did last only 23 hours.

Today is National Milk Day, so Saputo, which has a

Honestly, I’ve been in a reading funk. I’ve qu

I bought a recliner that doesn’t match and only