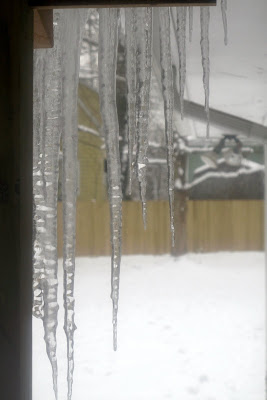 Those icicles are left over from the snow we got Monday that tried to melt a little. But temperatures have been in the 20s and are supposed to be until Friday, so I don’t think the icicles — or the snow! — is going anywhere anytime soon. 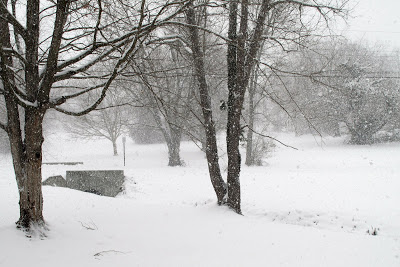 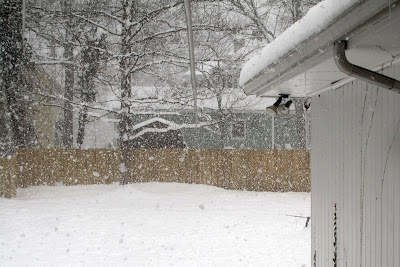 That’s my front (top) and back (bottom) yard when the snow was coming down earlier this afternoon. And it’s still coming down. Five more are predicted today, according to the National Weather Service, which revised it prediction after the snow had started falling.

Our friend Justin Holland, who is an official government weather observer for Murray and gives the best weather-related Facebook updates, told the newspaper Murray received 6.5 inches of snow on Monday, making it the biggest snowfall since Dec. 22, 2004, when seven inches of snow fell. So far this winter, Murray has received 16.5 inches of snow — the most since the winter of 2002-03, when there was 26 inches total.