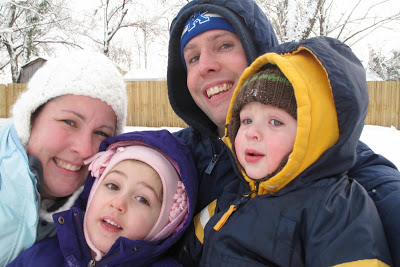 Cate and Greg played out in the snow for two hours yesterday afternoon/evening. Ben and I were only there for about 15 minutes. But, hey, we got a family portrait before Ben and I bailed for the warm, dry house. 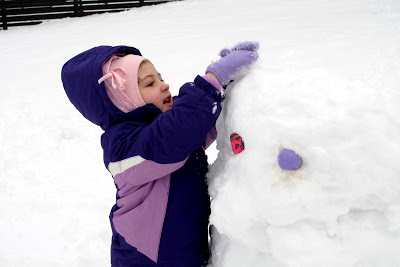 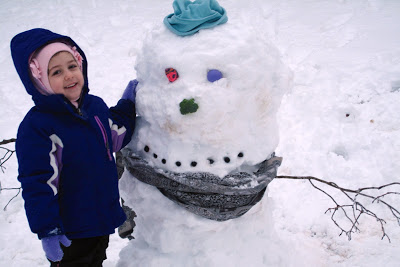 Greg helped her build a snowman. Then Greg took her sledding down the hill at the park across the street from our house. When I stepped out on the front porch to watch her, I heard her happy screams before I saw her. 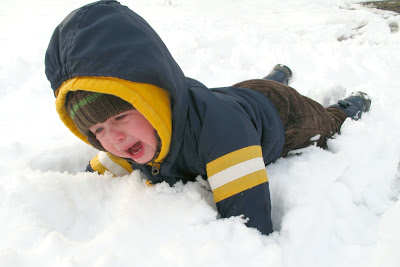 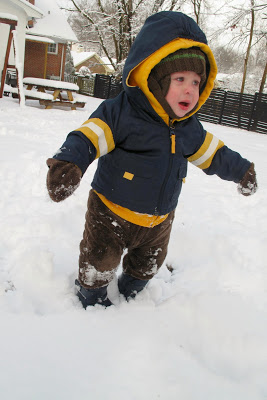 It was Ben’s first playing-in-the-snow experience. And he didn’t like it. Really, I can’t blame him! He did stand unassisted for longer than he ever has. Apparently snow is good motivation for that. He wouldn’t take any steps in the snow, but he did later in the evening. Hooray for first steps! 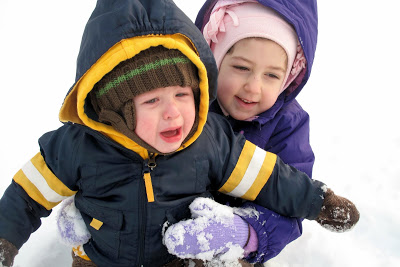 He didn’t even like it in the [mostly] protective arms of his big sister, who apparently loves snow!